German character designer, Hauke Scheer, created the U.R.I.-NAL “crazy bathroom robot,” but the experience left him feeling a wee bit unsatisfied. Perhaps he hadn’t quite finished what he’d started? Clearly, the problem wasn’t that Scheer was shy. Rather, there was just much more to his flow! And so, Scheer re-enters our stream of consciousness with new pee-centric output: The U.R.I.-NAL 9000 in colorful PVC (coming soon) and The Crazy Bathroom Robot iPhone App (free in the Apple store). 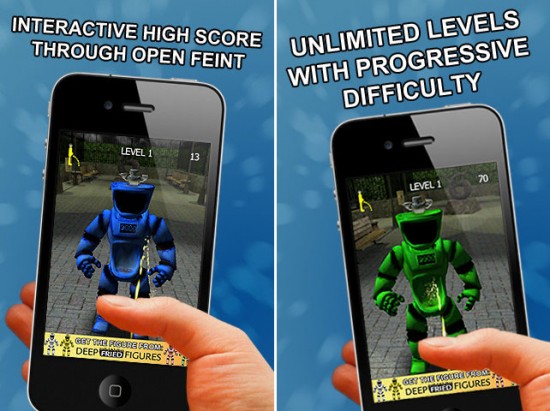 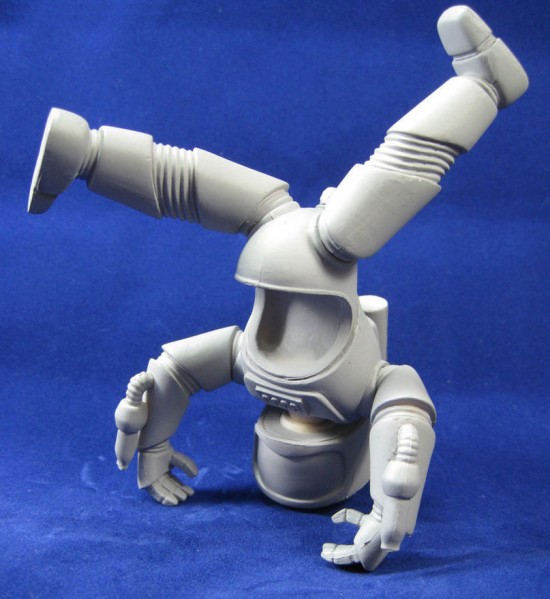 A reviewer of the app writes: “It’s one of those stupid ideas that someone for some reason actually became created,” which is an endorsement if I’ve ever heard one! 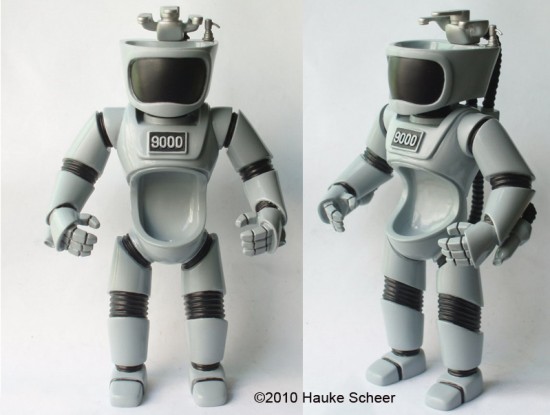 Once you’ve conquered the virtual pissing contest, you may feel the urge to get a trophy. In 2010, Scheer cast an edition of fifty 6-inch resin U.R.I.-NAL 9000s, which seem to be still available (for ~ $72 USD) here.

Click through for a continued stream of U.R.I.-NAL 9000 photos, and a video too.

BONUS: If you’re a truly serious connoiseur of urinal toys, you might want to visit this Malaysian Toy Museum. 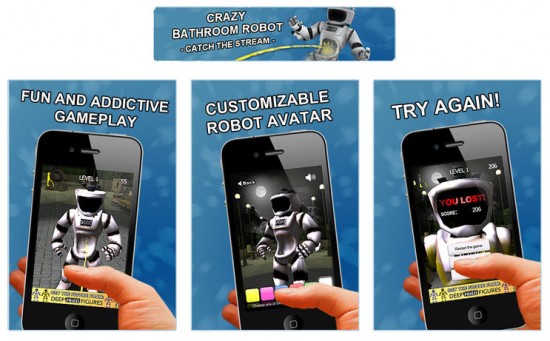 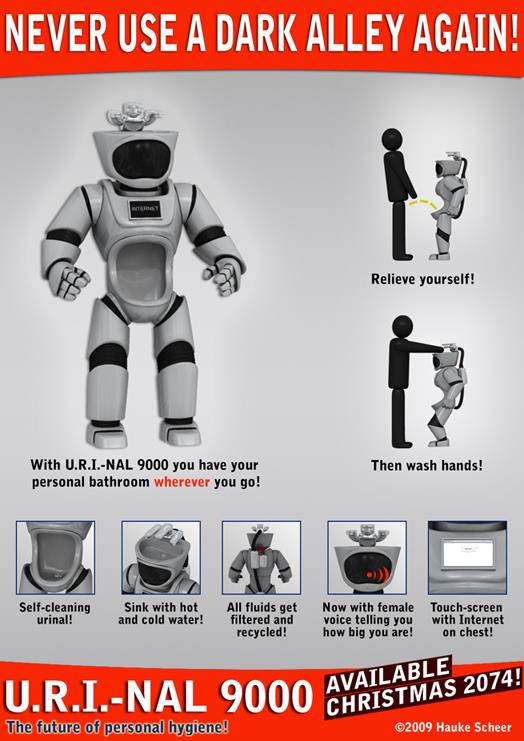