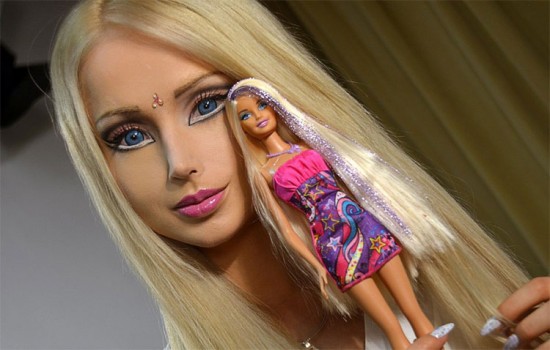 On Monday, we took a look at the “controversial” Mexico Barbie doll and discovered that the media’s response was mostly overblown and somewhat manipulated. Today, we head to the Ukraine to meet Valeria Lukyanova, a “living Barbie doll” who is mostly manipulated and somewhat overblown.

At press time, Lukyanova has 788K Facebook fans who seem to use her timeline to debate whether she is, in fact, “real.” Tabloids tracked the twenty-something’s origins to Tiraspol, Transnistria and put her current whereabouts in Odessa, Ukraine. With that measure of “realness” satisfied, the discussion turns to plastic surgery vs. Photoshop. Lukyanova claims to have gone under the knife just once to have her breasts enlarged. The rest of her physique (as seen above) is the result of fitness, fasting, Photoshop and “prana” (but more on that last one later). 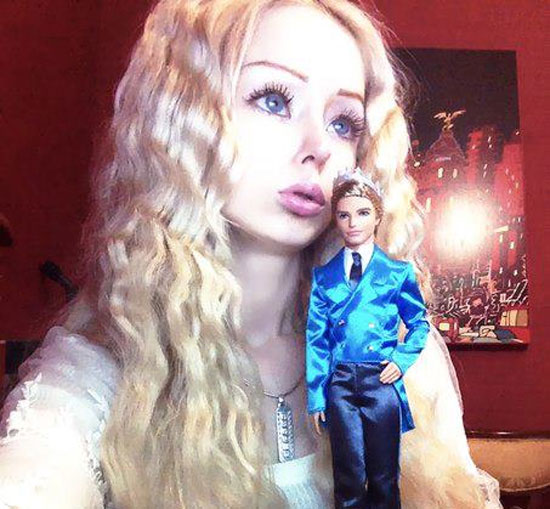 It was during my investigation into Mattel’s best practices regarding Barbie Dolls of the World that I found out about this fascinating addition to my Real Life Toy Collection. Valeria Lukyanova is not alone. There are OTHER Russian women who choose to take on the appearance of Barbie dolls, plus a thriving community of men, women and trolls (known in this crowd as “insekts”) who adore, explore and/or abhor them. Lukyanova says she modeled herself after the perfect plaything that she collected as a child. So with the questions of WHY and PLASTIC OR PHOTOSHOP answered, what’s left to talk about here? 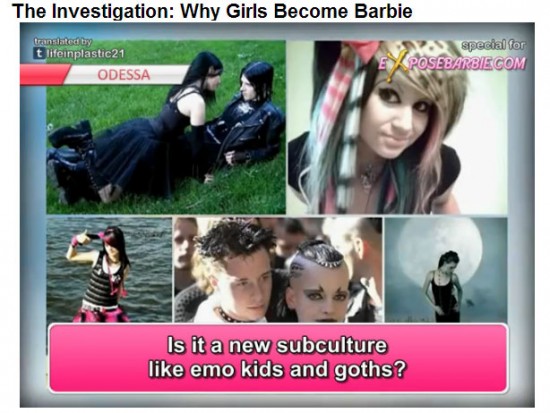 The more I dug into Lukyanova’s story, the more I realized that the initial inquiry wasn’t all that interesting. Why go to great lengths debating her “realness” when the gold exists in how UNREAL she is? Here’s the Cliff Notes: Valeria Lukyanova is an asexual extreme vegetarian Barbie doll who uses astral projection to improve the world. She also has a master’s degree in architecture. 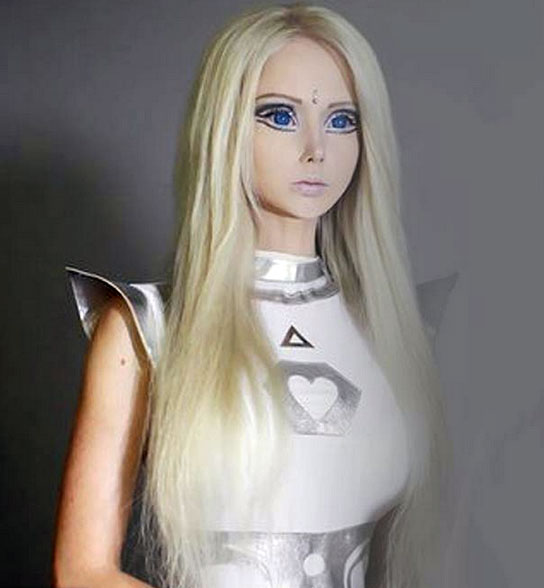 But it’s really much better in her own words:

On time travel: “I teach people to leave their physical body and travel in the endless expanses of the universe.”

On parenthood: “I don’t feel the desire and the capacity to be a mother. I’m from another universe. There, everyone is asexual—in our dimension there’s no such thing as children.”

On sex: “I’m not interested in this topic. Either you are here or you enjoy the human pleasures. I do not have animal urges. Some people enjoy eating the most, some having sex. I will say one thing—the less you make this so-called love, the better.”

By far, my favorite Lukyanova soundbite involves her dietary discipline: “I’ve been on a liquid diet for a year now. In recent weeks I have not been hungry at all; I’m hoping it’s the final stage before I can subsist on air and light alone.” 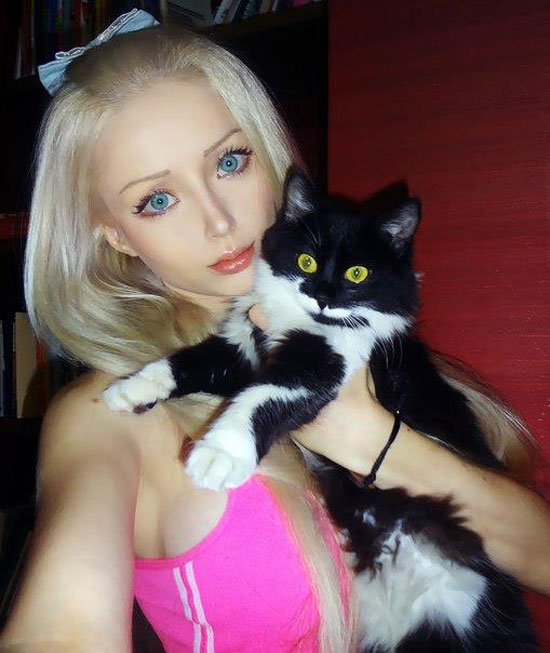 A fluffy tuxedo cat? This doll is a witch! I watched this one video where Lukyanova frames the whole Barbie thing as a way of getting noticed as a pop singer. While I’ve got no interest in hearing any of that, I have much love for the Google-translated spiritual doctrines she writes on her blog. Here we get a glimpse of an entirely different side of Lukyanova. In fact, in this arena, she’s known as “Amatue,” the “real cosmic name” that came to her while meditating. This is where our journey must now end. But rest assured that America’s E! or TLC (“the learning channel”) networks are all over this kooky cash cow! 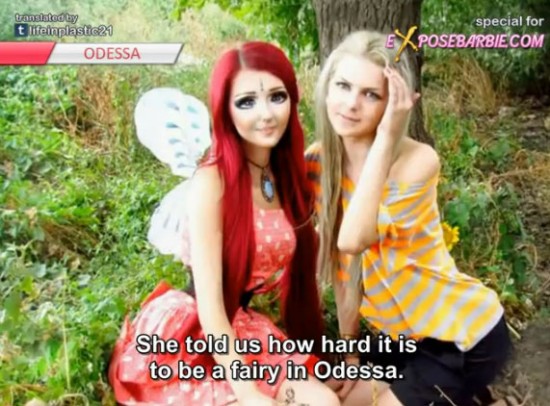 Bonus! Can’t get enough living dolls? Meet Anastasiya Shpagina (above), a living doll who spread her wings and found out that it’s fucking hard to be a fairy in Odessa.