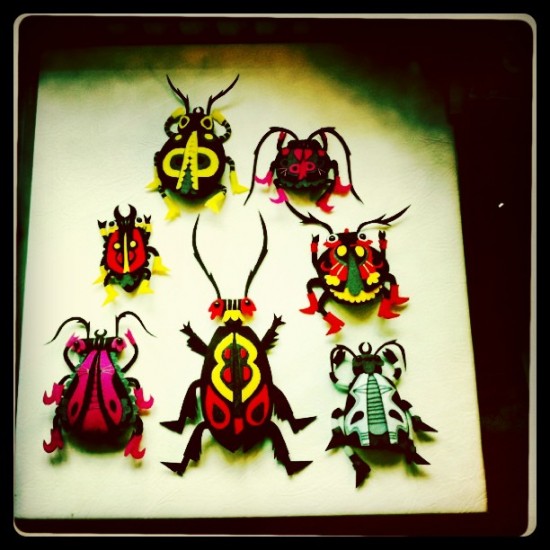 Admit it. If you’re kinda arty and eclectic and maybe at one point you were also a bit gothy, you like the look of delicately arranged pinned insects. And if you’re all those things plus neurotic or vegetarian or environmental, you struggle with the guilt that brings up. Is it somehow wrong to catch, kill, preserve and pin bugs for display purposes? I don’t know, and I’m not here to judge. What I’m here to do, though, is present a solution: Felt Mistress’s Beetle Boutique. 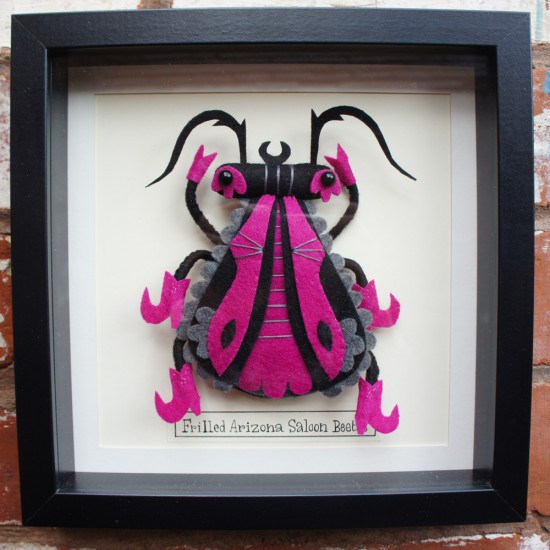 Felt Mistress began posting Instagram pictures of beetles made of felt several weeks ago. [You can view her Instapics on the web here.] FM is always teaching me great UK slang, but today, I’ve learned a term altogether more academic: Coleopterists. These are people dedicated to studying “Beetles, the insect order Coleoptera, [which] are one of the dominant forms of life on earth.” This brings up another argument in favor of felt. Not only are their ethical issues regarding real pinned beetles, but who wants live “dominant” unpinned beetles? #notme 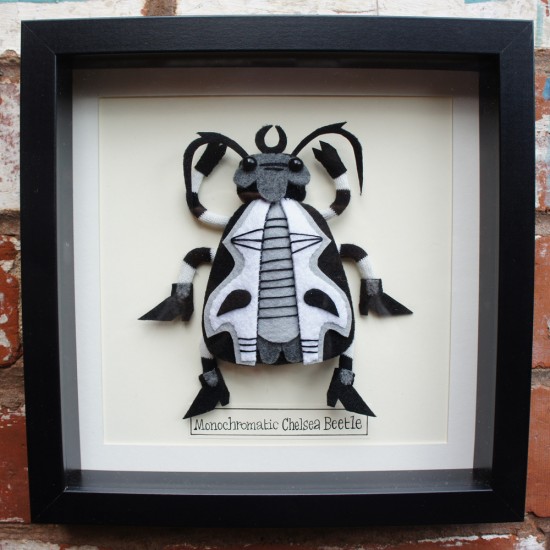 Felt Mistress’s original series of hand-sewn felt beetles is currently available in the Beetle Boutique. Frequent FM partner in life and crime, Jonathan Edwards, did the nice handwritten labels. There looks to be a show based on these in the future. May I humbly suggest Pasadena, CA’s Gold Bug as a potential venue? As is always the case with her work, the creatures are creative, unique and impeccably made. The one-off specimens measure roughly 10″x10″ and are priced at £95 or ~$147 USD. 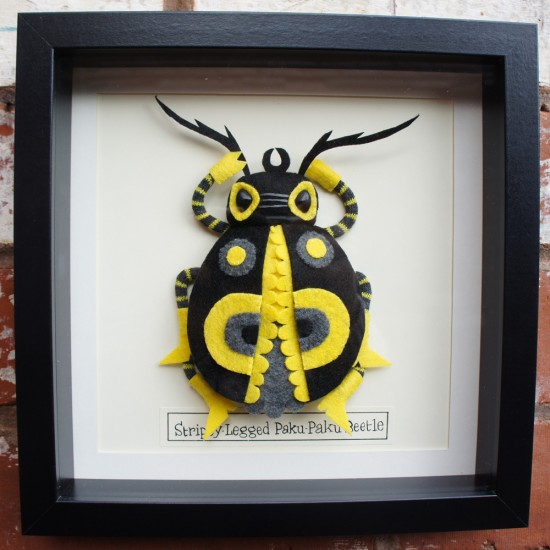 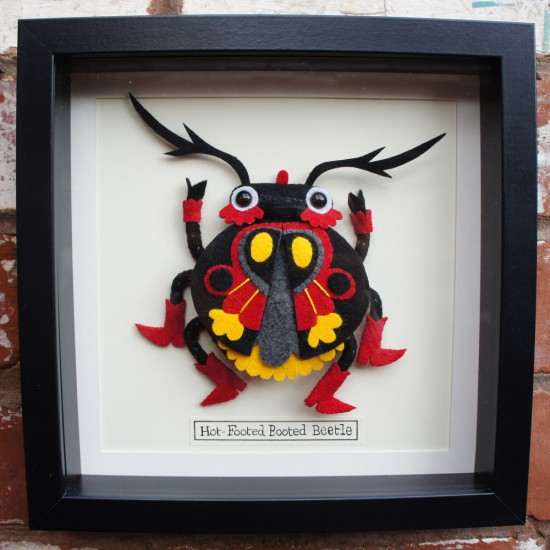 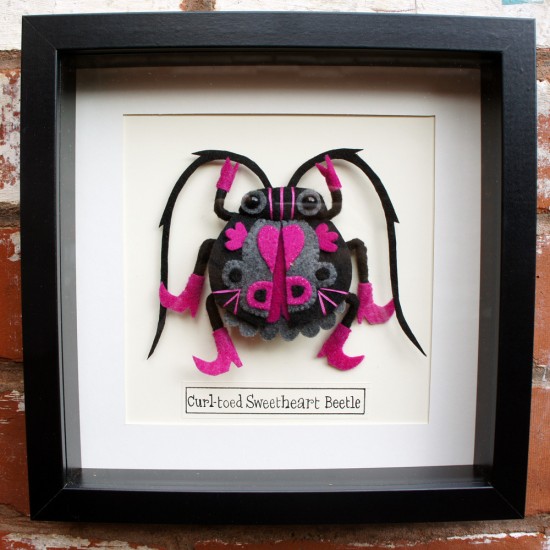 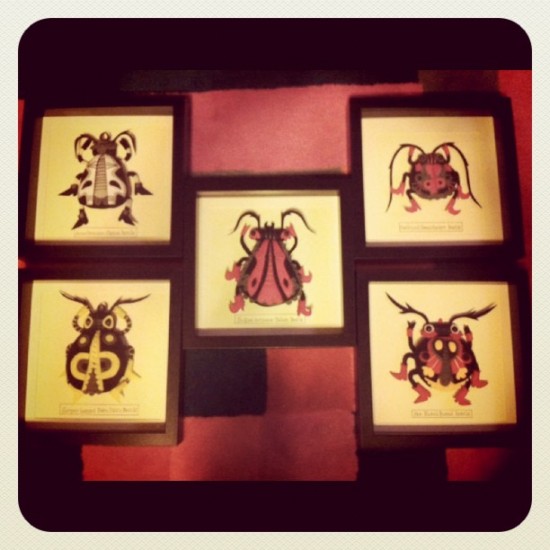