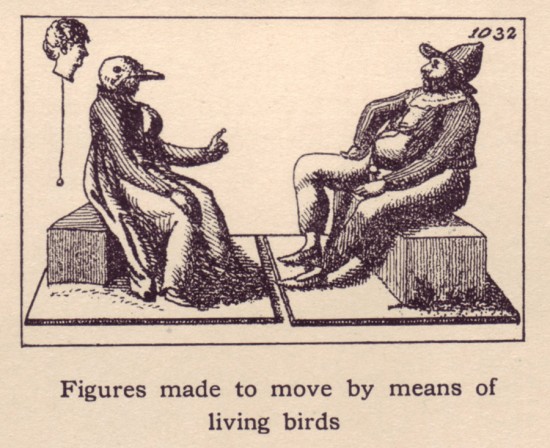 Courtesy of Children’s Toys of Bygone Days: A History of Playthings of All Peoples from Prehistoric Times to the XIXth Century by Karl Grober, English version by Philip Hereford. London, 1928.

Well into the nineteenth century, it was the custom in Italy to tie a string to the leg of living birds or big cockchafers and give them to children to play with. The custom was so universal that we even see such living playthings represented in the hands of the Christ Child, especially in pictures of the Italian Renaissance. A curious example of a similar kind was to be found among the usually so simple and harmless German toys, as a Nuremberg catalog of the eighteenth century proves [above]. These were comic figures with space inside to hold a bird which in its struggles gives to the figures all kind of motions. As the catalog says: ‘No one would imagine that a living bird was inside, but would suppose that it was clock-work which made the head, eyes, and beak of the bird move.’ 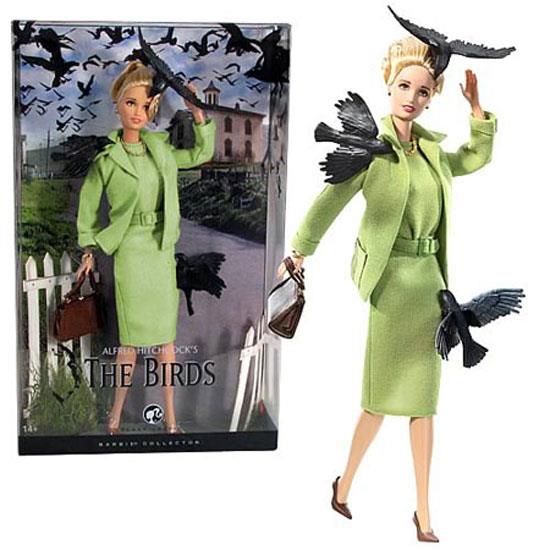 UPDATE! Jeremy Fish just posted this photo taken currently in San Francisco. I thought it seemed apropos (apropoultry?) for the topic at hand. 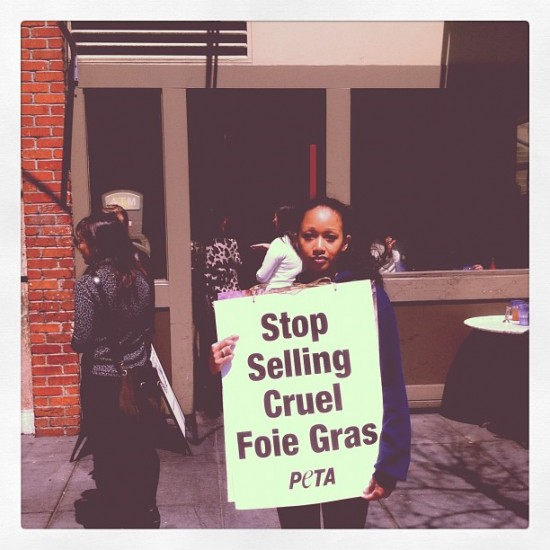