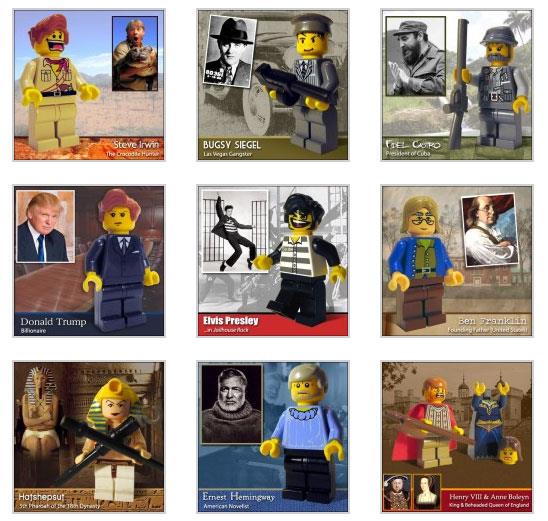 I recently came across these great, customized pop culture and historical Legos by Morgan19. As I was doing my little writeup about it over at The Jailbreak, I was struck by something kind of profound, albeit in a playful and admittedly superficial sense. Indulge me in momentary immodesty while I quote myself:

Lego customizer, Morgan19 is sure to have heard said of his/her work: “You must have too much time on your hands”. I’ve come to realize that sentiment, while certainly passive aggressive, is actually a very high compliment. It’s sort of akin to how in Victorian times, being pale was a sign of wealth that meant you didn’t have to work outside. People who call into question other peoples’ use of time are likely speaking from their own cubicle-induced frustration. I say: Morgan19, you keep making those Legos that look like Fidel Castro. They’re pretty awesome.

I really do believe this. We can (and should learn to, in this community) be critical of each other’s art, but being snippy about how we use our time is never going to seem anything less than sour grapes. It’s such a cop-out. I could try to come up with some real criticism about Morgan19’s Legos, but to be honest, between now and when I wrote the post for Jailbreak, I like them even MORE. They’re kind of flawless, actually. 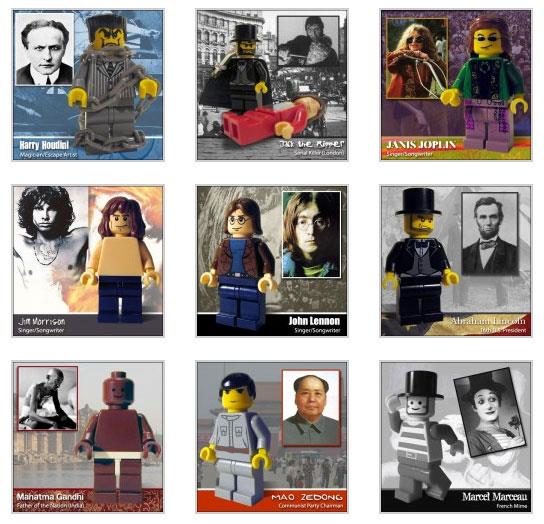 In fact, I think he should increase his alloted Lego customizing time, and I want to submit ideas for famous figures he should profile. When I went back to the original post to grab his contact info, I found the artist himself had left a comment!

Heh. What a great way to interpret that, I like it. I certainly DO hear the negative side of that more than I’d like and, while frustrating at times, I know the people making those comments just aren’t my target audience. Everyone spends their time different ways; I just happen to like being creative with little plastic toys. 😉

Anyway, thanks for the post and elaborating a great point of view on the matter. If you’re interested, the rest of my photostream can be found here.

So cool! Morgan19 has even started a Flickr set of blog coverage for the Legos. (Maybe this post will wind up there, too, said the guy whose own blog contains a category called “Showoff”.) Use your time however you want to! It could all end tomorrow. (Just stop turning Dunnys into dreckitude. Come on, someone had to say it.)