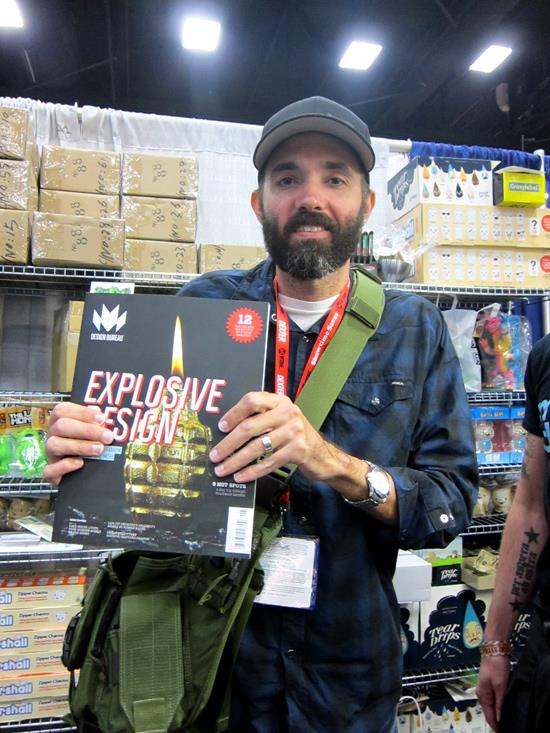 Ferg flew to San Diego from Texas and went straight to a signing at Munky King for the release of his Misfortune Cat with Chris Ryniak. The designer behind Playge and Jamungo also did signings at Rotofugi (Trouble Boy #88 with Brandt Peters; sold out) and DKE (Budbats with Scott Wilkowski; sold out).

There were many highlights for Ferg and Ferg fans this year at SDCC. Ferg was honored with two Designer Toy Awards, I got to snap a matrixy picture of Ferg holding the issue of Design Bureau in which I wrote a column about him, and then there was the matter of this surprise Skelve… 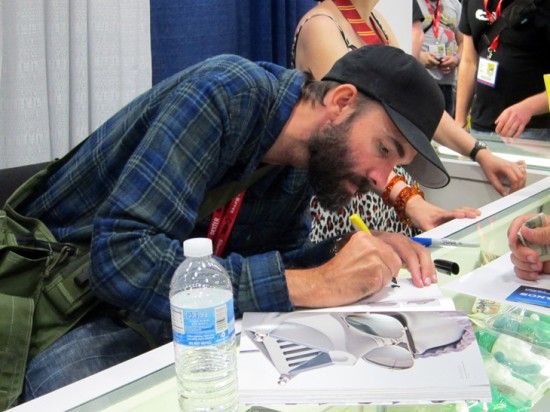 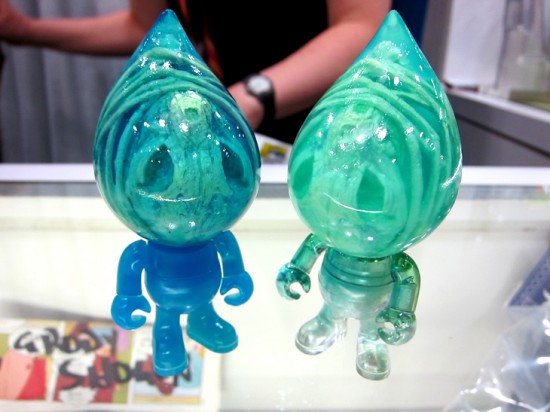 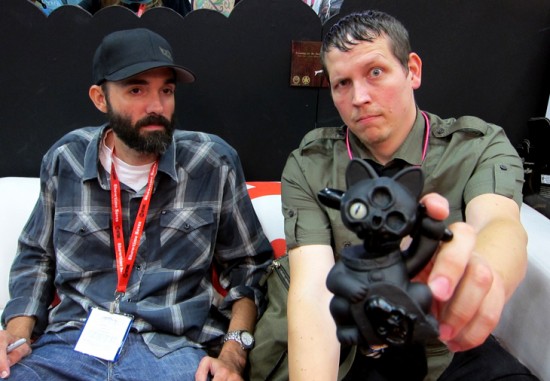 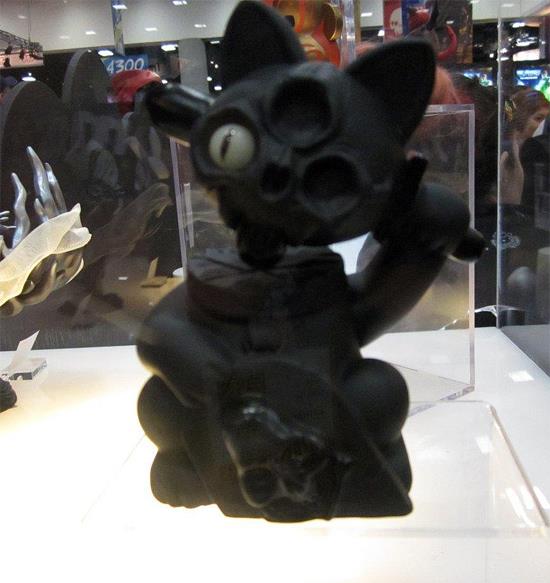 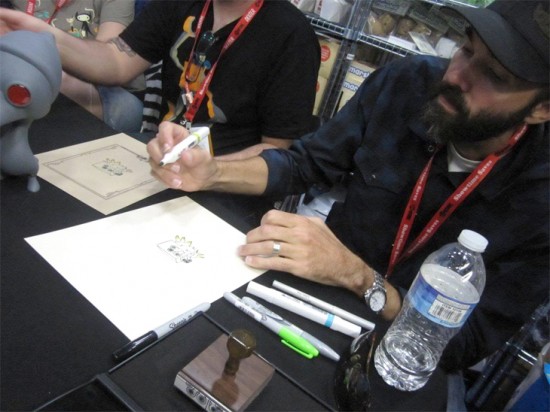 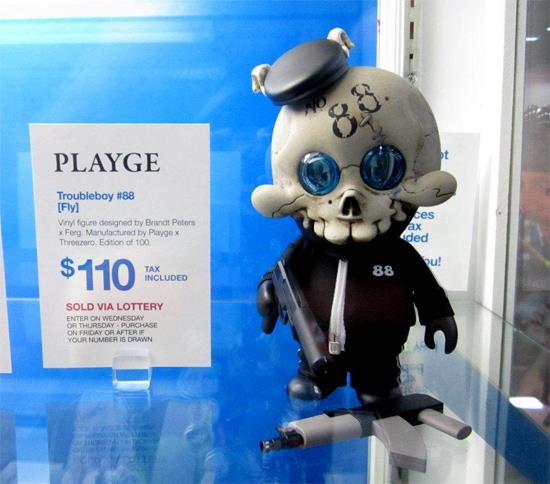