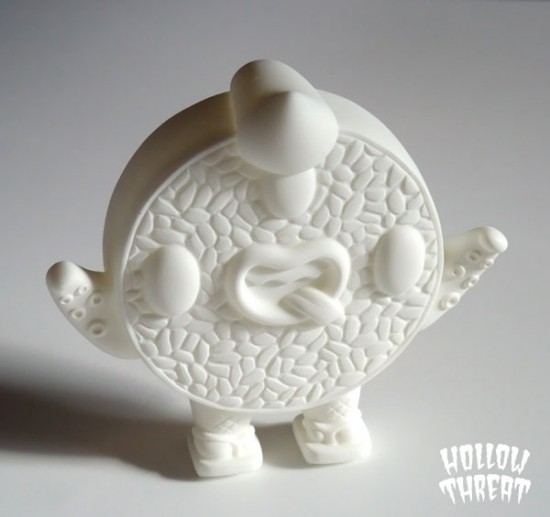 He’s a mutant creature formed by waste sushi, seafood and chemicals dumped into the ocean, kinda like teenage mutant ninja turtles from sewer?! sushi kaiju has yet to meet his master splinter, he can’t fight kung fu, but he will slap your face with tentacles when he sees you wasting seafood! 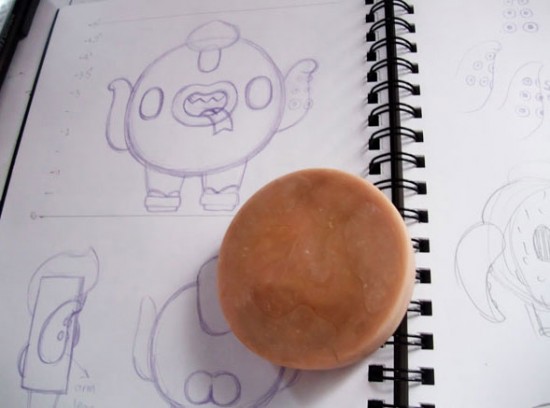 Shih says he’s “had kaiju on [his] mind ever since I got my airbrush.” He began sketching ideas, and chose the character he thought would be the most fun to hit with an airbrush. The sculpt is made with Super Sculpey and is about “palm-size”. It took Shih 5 months to do, and I suspect we will be seeing resin-cast airbrushed editions very soon. 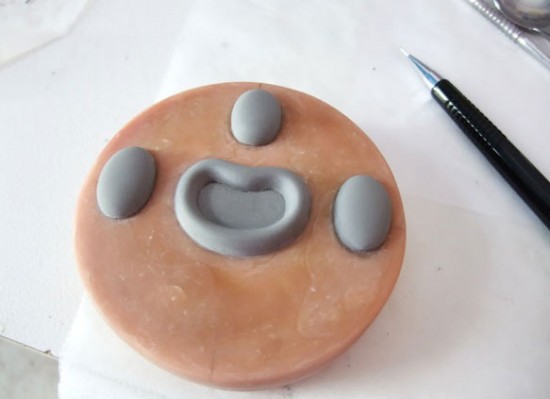 When I look at this, I don’t think “This is the most original thing I’ve ever seen,” BUT, I do think, “This is a sweet, mascot-like toy that was thought out, designed for maximum cuteness and executed very cleanly.” There’s lots of nice details like rice texture, tentacle arms and little sandals. It makes sense that Shih would cast multiples of this figure, which is a point of departure I find with a lot of resin toys these days: why cast multiples before the initial sculpture is refined? Sushi Kaiju is ready to be served, and I’m looking forward to seeing how it looks with some color. Paul: make one in green and mark it sold! 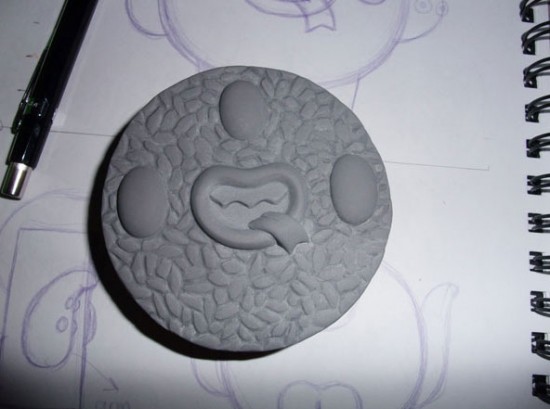