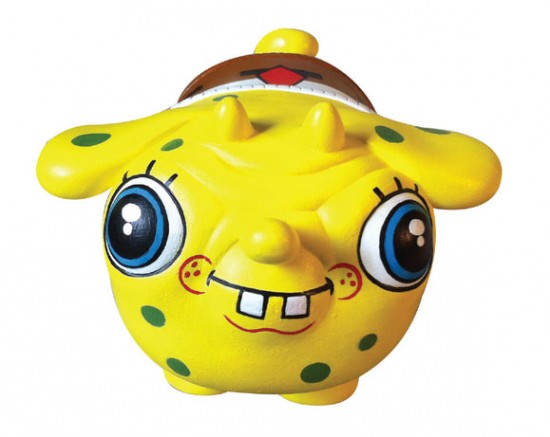 Puck, Okedoki‘s vinyl toy pug dog, is admittedly an unlikely platform for customization, but once again (as in Travis Louie’s Stan Skelves, Yosiell Lorenzo’s Poison Sweets and Jon Knox’s Codys), the artists responsible for creating the character quite often make magic with their customs. Okedoki transformed Puck into SpongeBob Squarepants (above) for Toy Art Gallery’s 1st anniversary show. And though she still has a long way to go before she’s created an army of custom pugs as FIERCE as this one, she’s definitely on her way. Click through for two of her previous Puck customs, inspired by cartoons and comics. SpongeBob would approve. 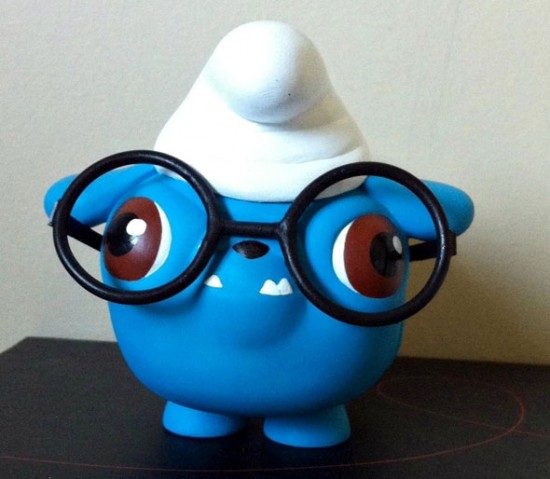 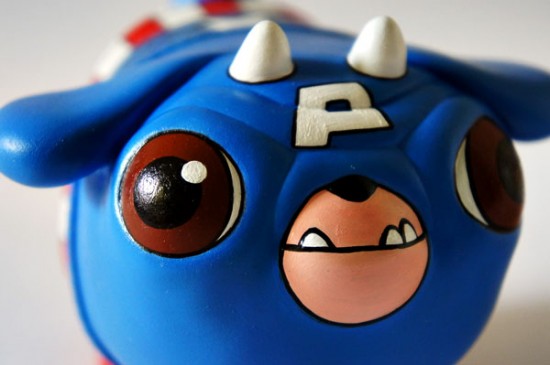