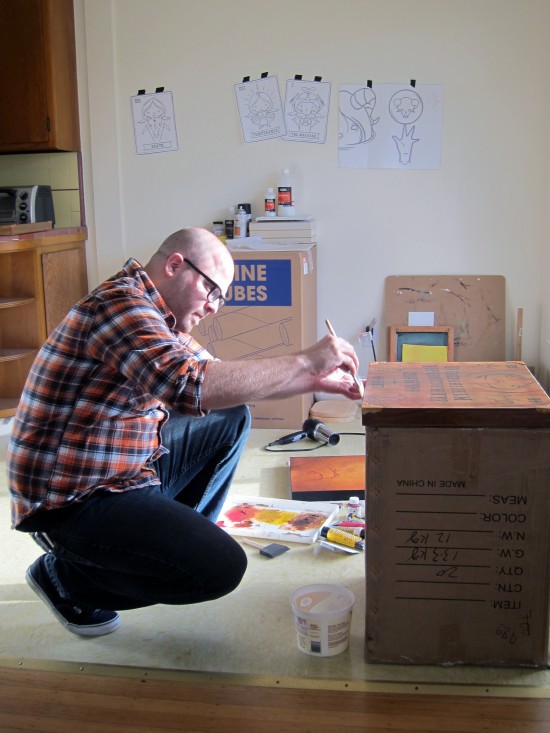 Yosiell Lorenzo invited me over to his studio for a look at a spectral new body of work he’s been working on for the last several months. Séance, his solo show at Art Whino (near DC) opens April 9th at 8PM, and Yosiell will be in attendance. Alas, if you can’t make the scene, enjoy this preview.

Yosiell has always been interested in the supernatural and the idea of looking for wisdom from the beyond. After landing in Oakland (by way of Connecticut) last summer, the artist admits to feeling a little lost. Although he didn’t resort to a séance, he was definitely looking for answers. 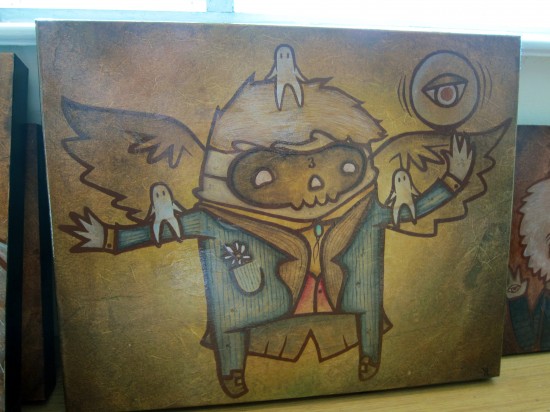 Yoseill has since settled in, but the characters in Séance are still searching. They’re dabbling with the unknown in a quest for knowledge, and the work is flush with symbols. The painting above is like a snapshot; the three little ghosts represent the mysterious energy orbs sometimes caught on film. 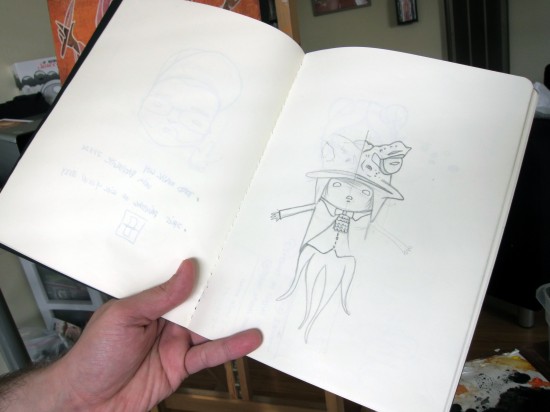 Yosiell’s work involves a process. He begins with a sketch, and he completes half in pencil and half in Illustrator. He then transfers the image to canvas using spray fixative. Once the design is on the canvas, he treats the surface with a special paper, and then he begins one of many rounds of washes. 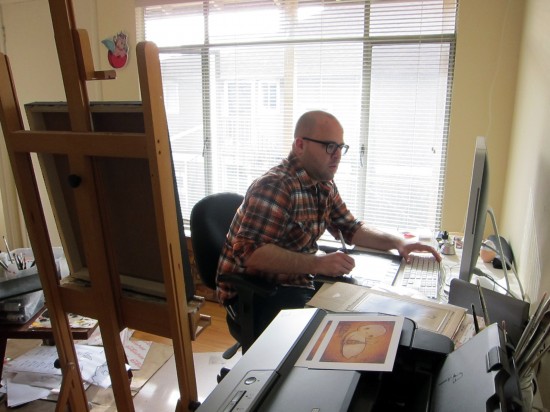 In addition to the paintings on canvas and wood, Yosiell will also have some prints. The stars of the show, however, may very well be his homemade Ouija boards and planchettes. Click through for some more previews of Séance, and be sure to follow Yosiell on Twitter for news of his latest work. 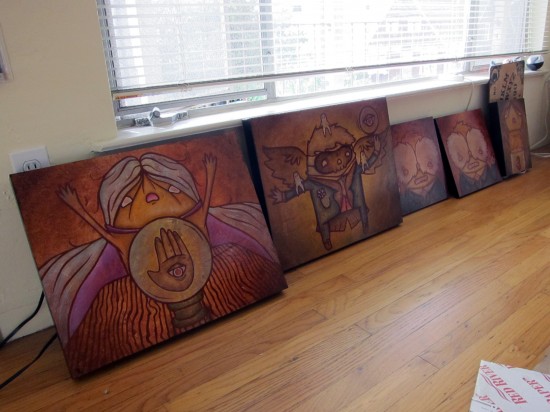 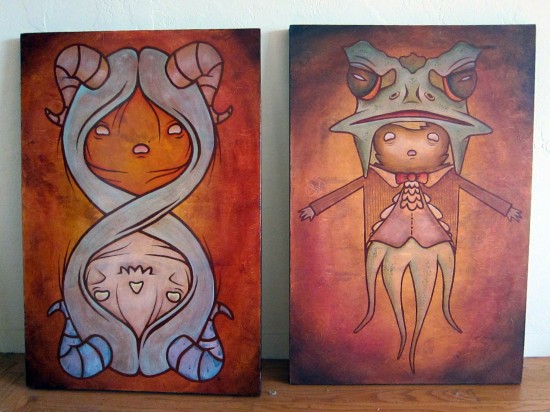 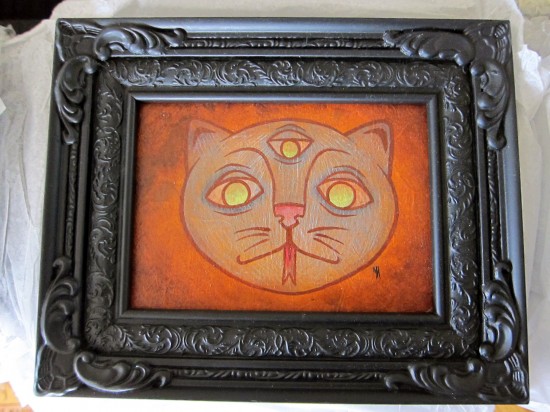 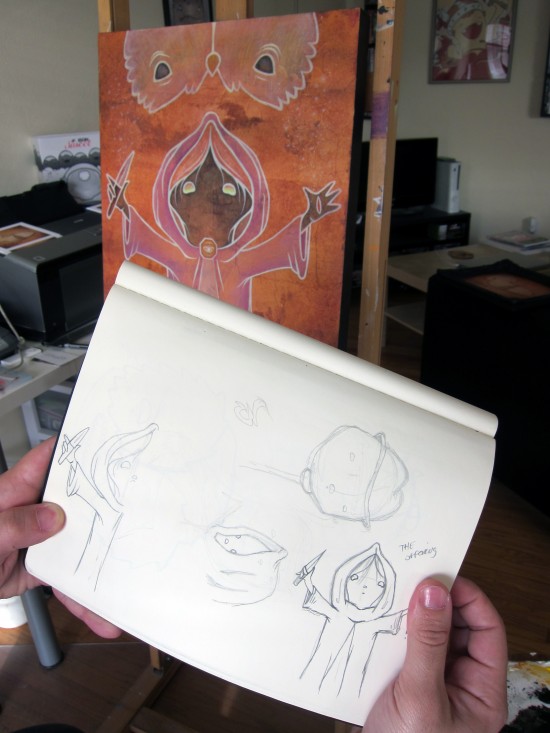 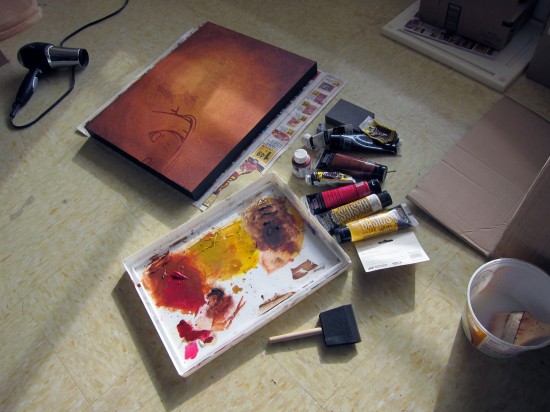 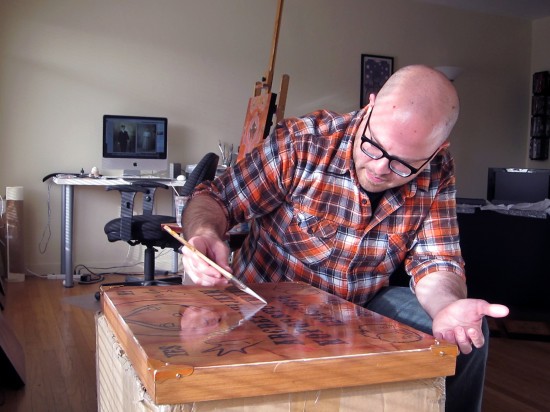 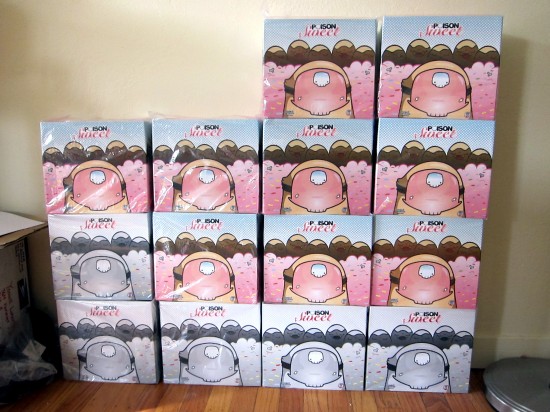