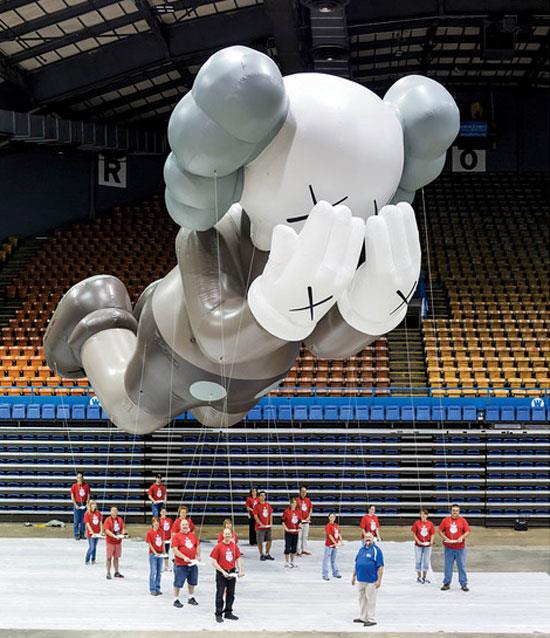 The KAWS hype machine is about to get even more blown out of proportion. In just a few weeks, as Americans sit couched and catatonic from our ample Thanksgiving feasts, we’ll watch a giant KAWS companion float through New York. The ego-inflation that comes with a triumph of this size cannot be overstated. The Macy’s Thanksgiving Day Parade has only bestowed the balloon honor on four other living artists, and they are: Jeff Koons, Takashi Murakami, Tom Otterness and Tim Burton. 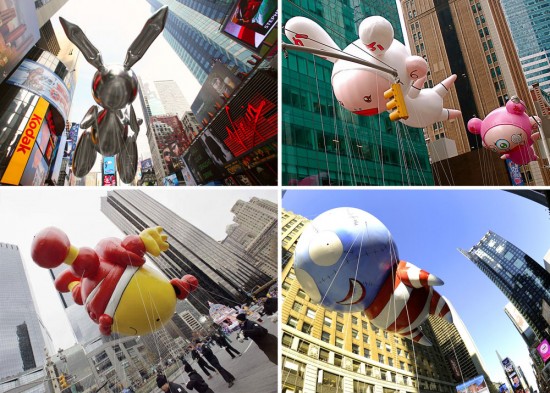 The Wall Street Journal reported that Macy’s was especially keen on KAWS due to him being “a world-renowned artist with a cult following as a toy maker”. Parade executives approached KAWS a couple of years ago, and the 40-foot-long balloon, made from urethane-coated nylon, has been in process ever since. As with toys, KAWS gave Macy’s drawings, and they made a clay sculpture to match. They scaled it up, KAWS gave color directions, and a seamstress designed the pattern. The balloon was then made in Sioux Falls, South Dakota, with the help of a 3D-scanning program and “a special machine that seals urethane panels”. More than 30 people worked on the balloon over the course of 7 months. When it floats, it will contain 4,500 cubic feet of helium. 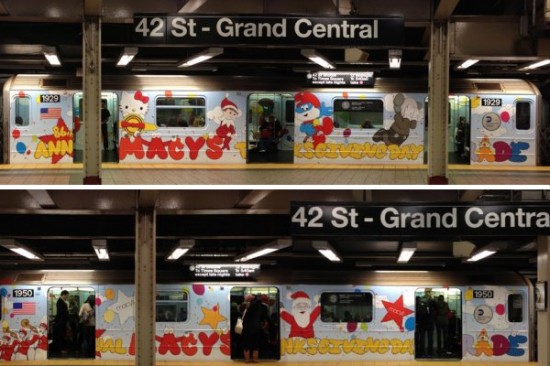 Back on the ground, 12oz Prophet shares photos of the MTA train KAWS was invited to wrap as part of the Macy’s campaign. The campaign covers 3 subway cars (inside and out) on the S line with KAWS’ designs. KAWS’ wrapped subway car travels exclusively between Grand Central station and Times Square, and “since it just goes back and forth between the two stations, that means it’s never more than 5-minutes away”. Good to know. 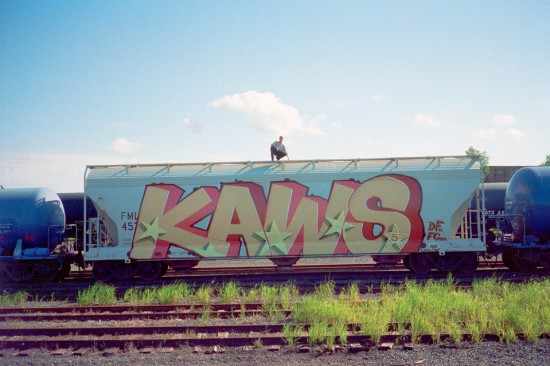 Once upon a time, specifically 1995, KAWS was a rogue subway tagger. Today, he has full authorization and cooperation to wrap the train like a Christmas present. 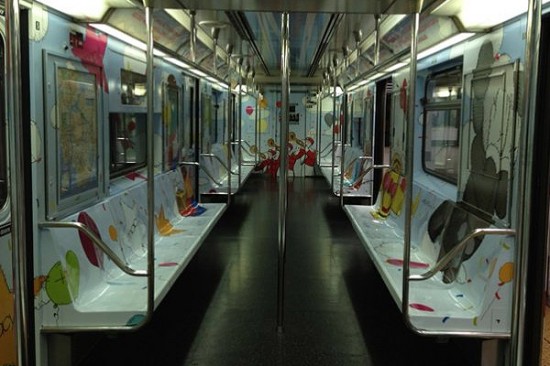 Both the balloon and the subway cars are a huge honor for the artist and a real treat for his fans. The project also signifies a striking sea change in the evolution of graffiti as an art form and as an agent of commerce. It’s good stuff, for sure, so why does it feel so utterly empty and meaningless? For all the work and accomplishment, it still seems like a lot of hot air… 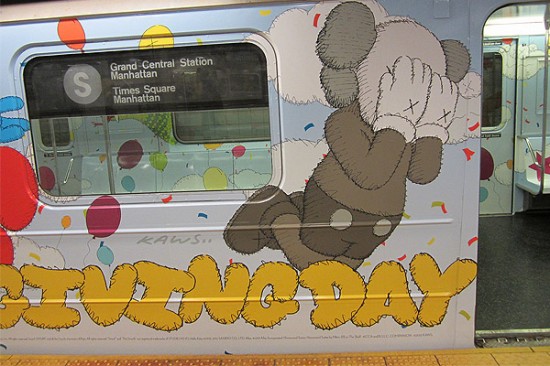