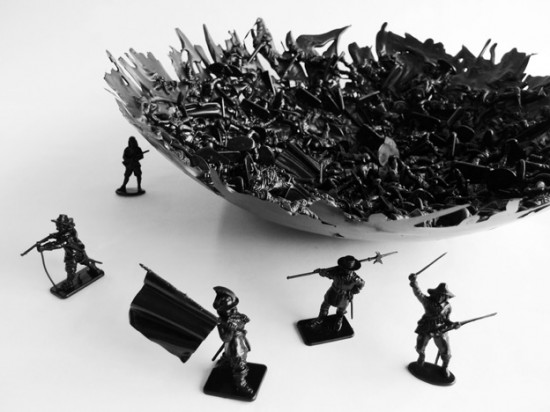 You may recall Dominic Wilcox from his Miniature Worlds in Watches. The designer is back with two new versions of his War Bowl. Initially released in 2002, the War Bowl has been exhibited as a design object around the world. These new red and black War Bowls mark its 10th anniversary. 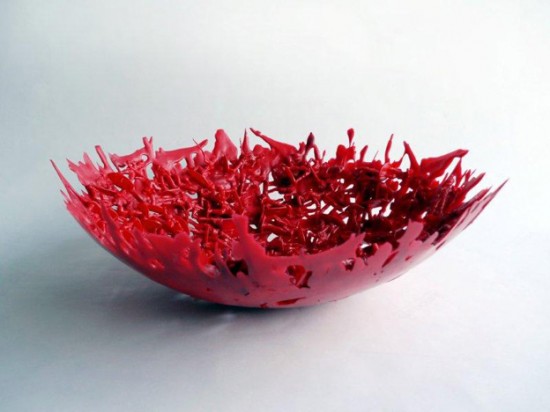 The red Battle of Waterloo bowl was made with melted British Artillery and French Infantry figures. The black English Civil War bowl melts Royalists and Republican figures together. 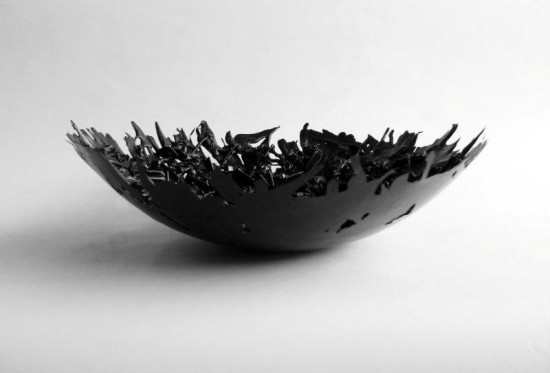 Each bowl is limited to an edition of 250 pieces and stamped on the base with the date and edition number. They come with a loose set of the soldiers used in the production process and are available for £250 here. 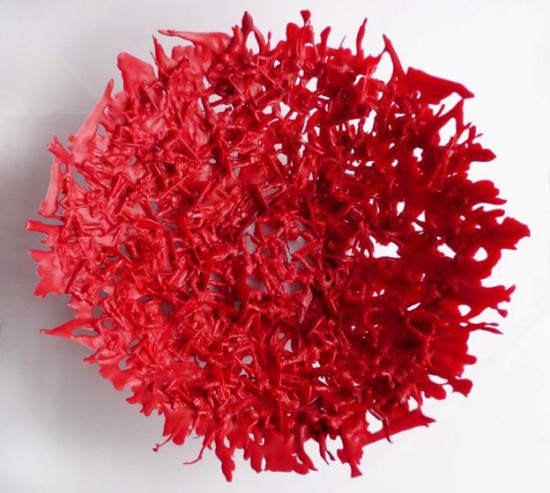 Prediction: Bravo (or some other savvy cable network) will offer (or already has) a Work of Art spin-off show to The Sucklord. When they do, I suggest they furnish the new lair in the fly style of MTV’s Real World with War Bowls and Toy Lamps. 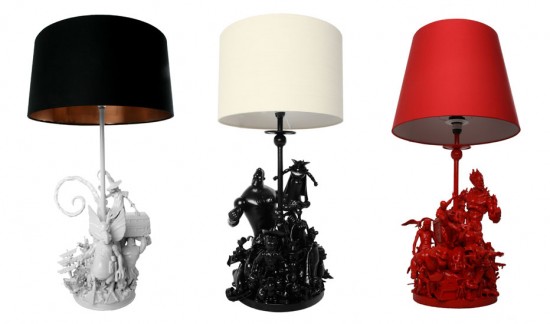