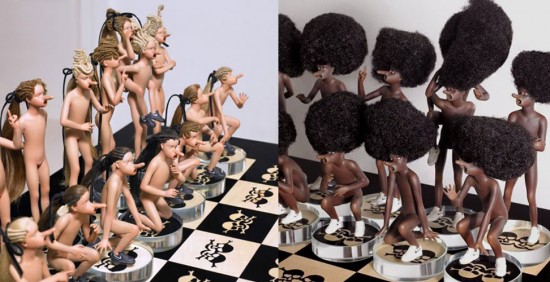 By now it should be clear that any object can be a platform for art. Yesterday’s auction of AK-47 machine guns arted up by the YBAs is proof there’s also a market for it. Auctioneer Simon De Pury swung his gavel to the tune of £5,000 for Mat Collishaw’s Harvester gun, £15,000 for Tim Noble and Sue Webster’s FuckIt! FuckIt! FuckIt! gun, and £45,000 for Jake Chapman’s Yang gunner. (See more auction estimates and results here.)

The day before the guns were auctioned off, London’s Saatchi Gallery closed its exhibition of a somewhat more civilized artist-customized-objects show: The Art of Chess. 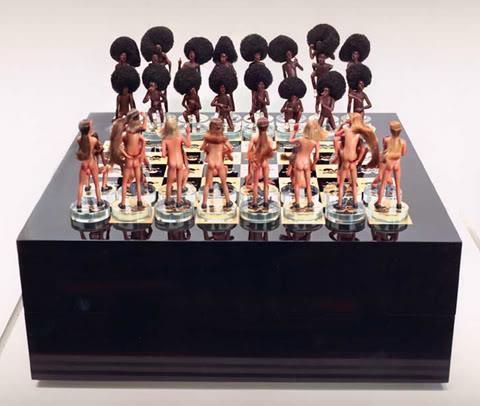 It begins with a quote from Marcel Duchamp:

Saatchi brought together the chess sets which had been commissioned by RS&A and designed by contemporary artists. I find it particularly interesting to see the artists who created or customized objects in both this show and the AKA Peace gun show. (At least Damien Hirst didn’t splatter paint his chess set…) The Art of Chess features unique chess sets in a variety of materials by Maurizio Cattelan, Jake and Dinos Chapman,Oliver Clegg, Tracey Emin, Tom Friedman, Paul Fryer, Damien Hirst, Barbara Kruger, Yayoi Kusama, Paul McCarthy,Alastair Mackie, Tim Noble and Sue Webster, Matthew Ronay, Tunga, Gavin Turk and Rachel Whiteread. 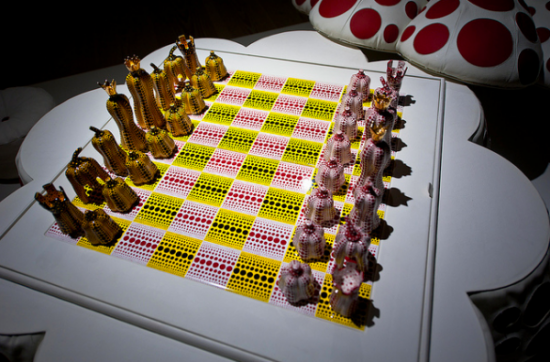 I would love to play chess with Yayoi Kusama. I don’t actually know how to play chess, but she doesn’t strike me as a person who plays by the rules. I bet we’d have a great conversation. But I digress. 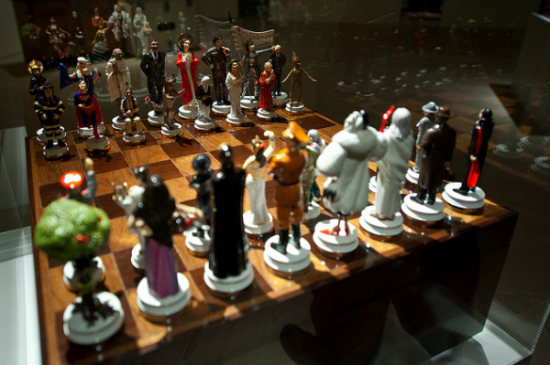 The Art of Chess at the Saatchi Gallery was the first time all 16 chess sets were displayed together. Per the gallery:

The game of chess is believed to have originated in the 7th century in India, and no other game in history has been so widely reflected in art and literature. Chess remains an intriguing and complex subject for these contemporary artists, who have chosen to create outstanding works of art, each infused with their individual style.

Barbara Kruger’s chess set features pieces programmed to audibly ask a question or make a statement when moved. Damien Hirst’s “pawns” are glass and silver casts of medicine bottles. Paul McCarthy made his set from random objects found in his own kitchen. 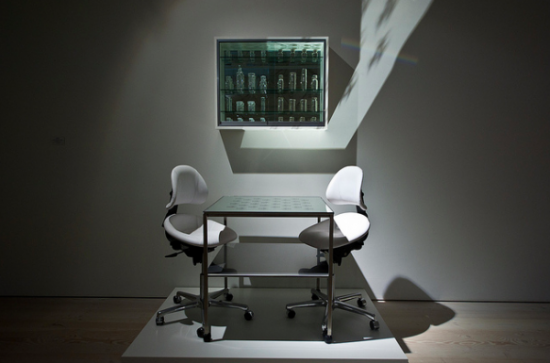 The Art of Chess began with five sets commissioned by RS&A and exhibited at Somerset House in 2003. Since then, the exhibition has grown in size and toured the world. Again, per Saatchi:

This unique exhibition demonstrates that the game has lost none of its inspirational power in the 21st century and continues to provide an intriguing starting point for artistic expression centuries after the game was invented.

If you’ve got time, click around on The Art of Chess pictures at the RS&A site. I enjoyed looking at them, but I started thinking that chess should maybe watch its back. The game of chess may date back to the 7th century, but in the 21st century, aesthetes of the young American variety are playing Uberpong. 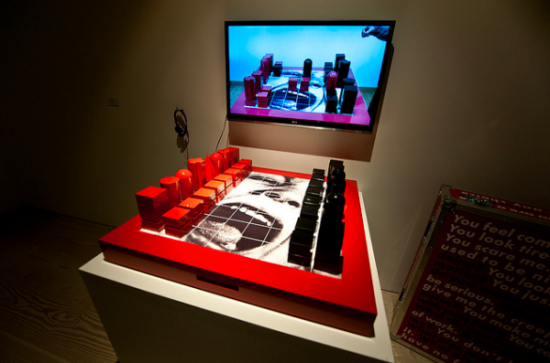 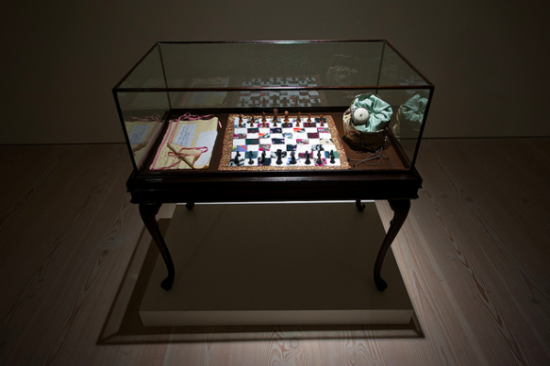 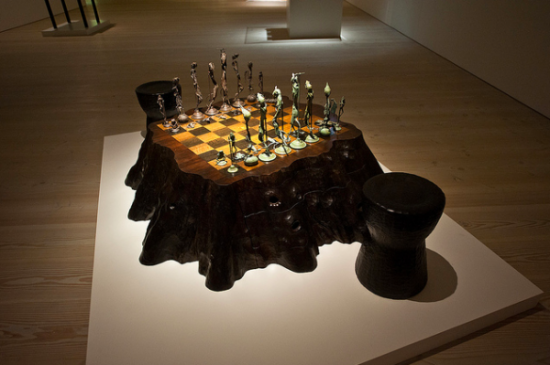 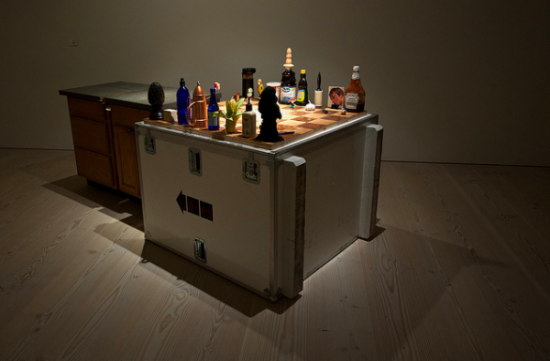 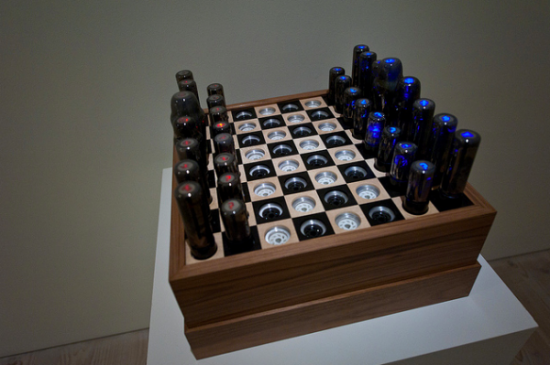 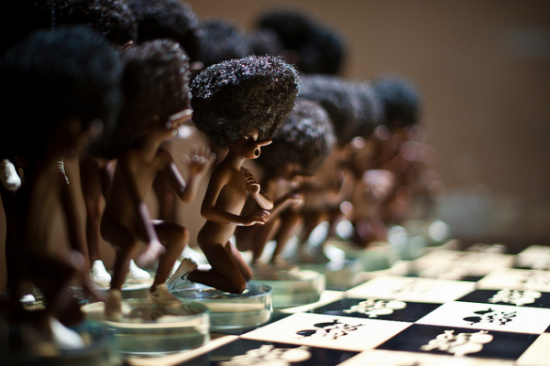 [Most photos via Happy Famous Artists]