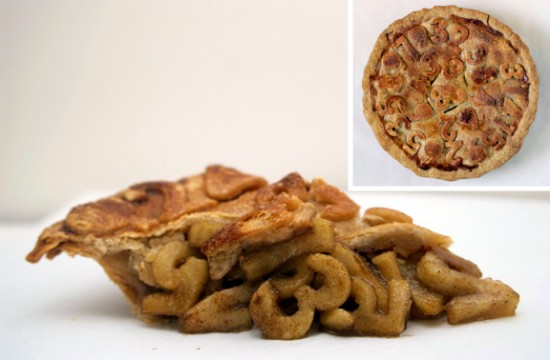 Today is the fourteenth day of the third month of the year. Writers phrase it as March 14th. Numerologists may opt for 03/14. Math nerds will note it as 3.14 or pi. And food artists translate that to pie. 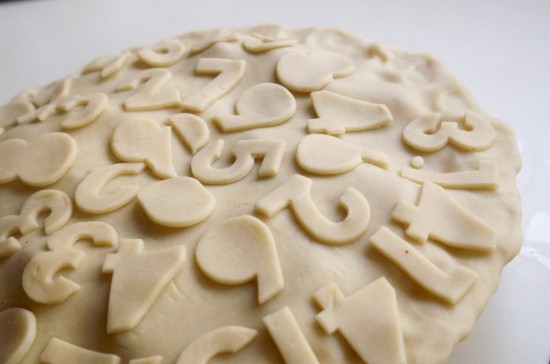 Shannon of A Periodic Table took it to an excellently edible level with the The Apple Pi. In this wonderfully OCD example of food art, she formed the fruit and crust into numbers. Not just any numbers, either. 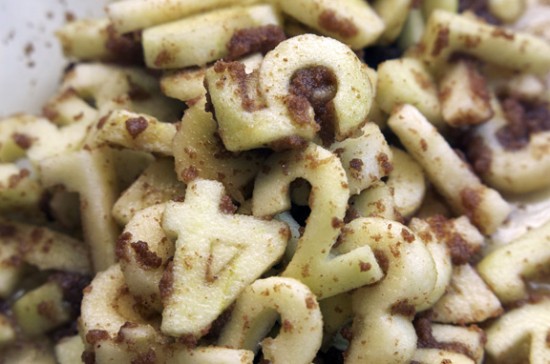 I think it’s safe to say this may be the geekiest baking project I’ve done to date. And that’s saying something, as I am prone to geeking out in the kitchen a wee little bit. I mean, it’s a pie made entirely of apple numbers. And then topped with more numbers, this time of the crust variety. Oh, and not only numbers, you see, but the numbers of that beloved symbol of Nerdland (and I mean that in a good way), Pi.