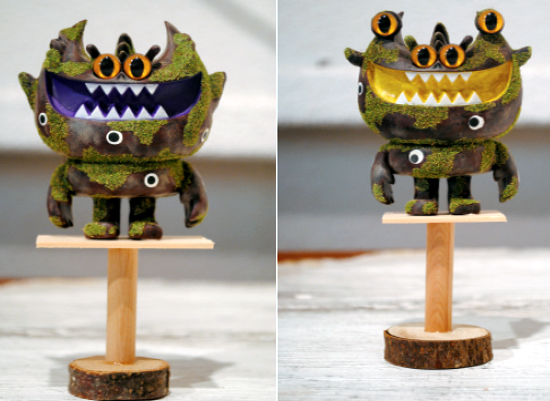 T9G customized 40+ PeaKY’s for the show, which also featured PeaKY toys by MOGraphixx and KORATERS. 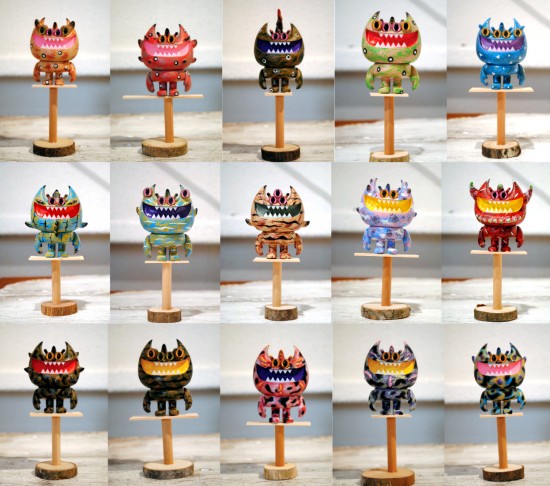 One of my favorite aspects of the show was a special appearance from T9G’s Shyly. You may recall that last year, T9G collaborated with Parisian fashion designer Julien David on an edition of Shyly toys wearing fancy scarves. 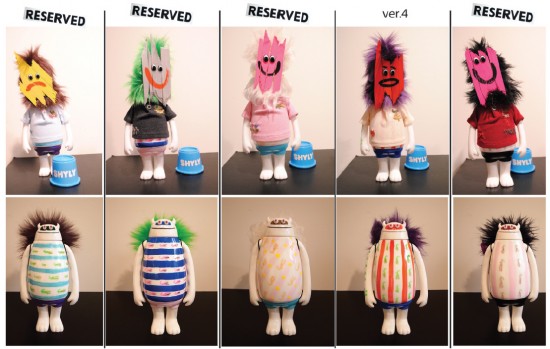 This round, Shyly got the Lacoste treatment with custom-embroidered tiny 80s Izod polo shirts. Pop those collars! 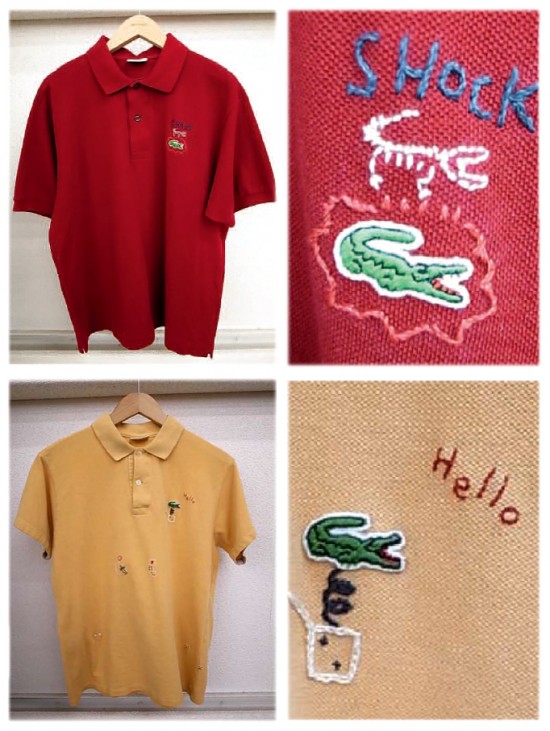 Check Minority Rev’s price list [PDF] for pricing and availability of the PeaKY and Shyly custom toys from T9G’s Nest. It looks as though the production PeaKY figures in yellow and white are sold out, but UNTOLD still has a limited edition grey PeaKY available for ~ $42 USD here. 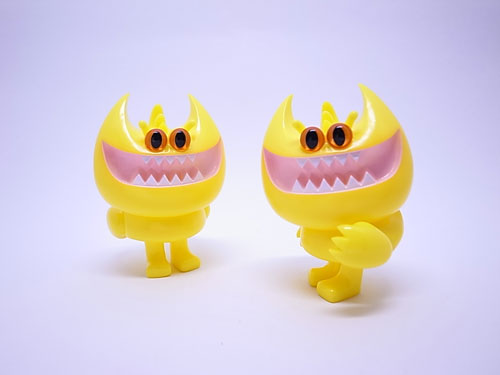 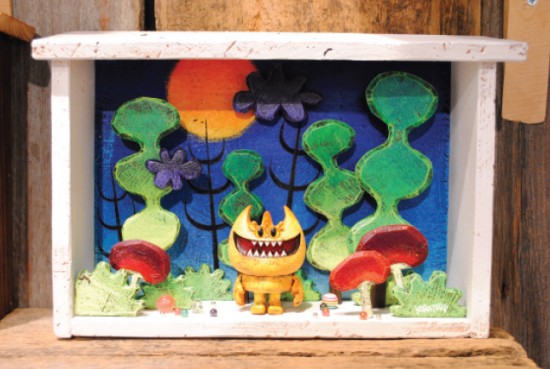 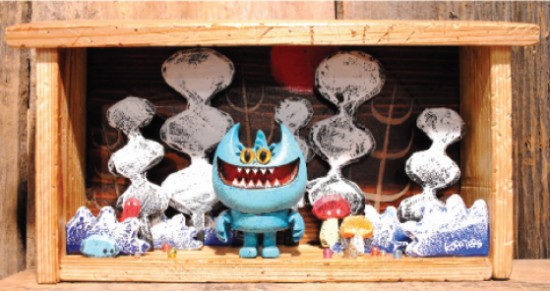 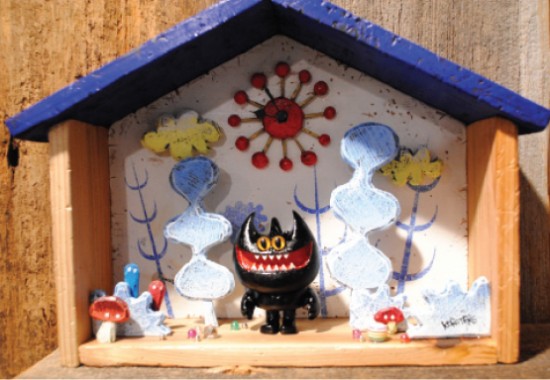 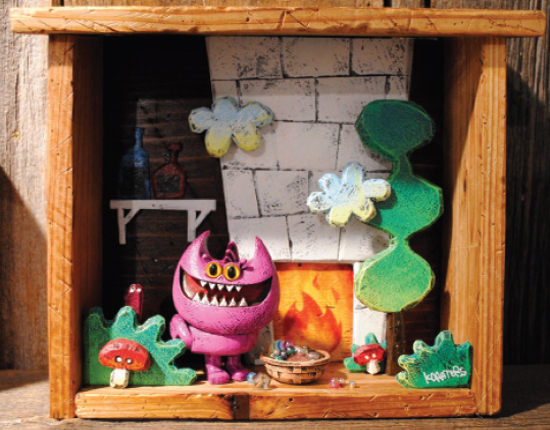 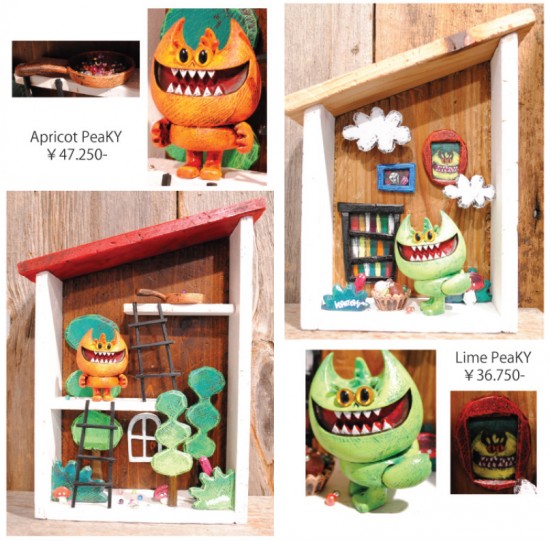