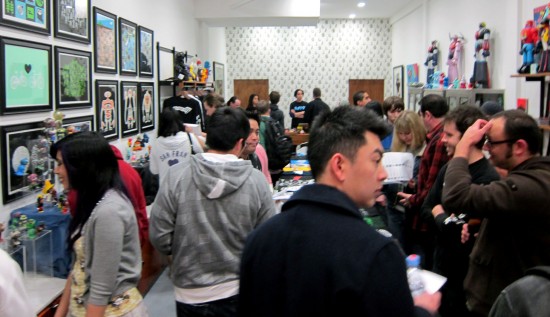 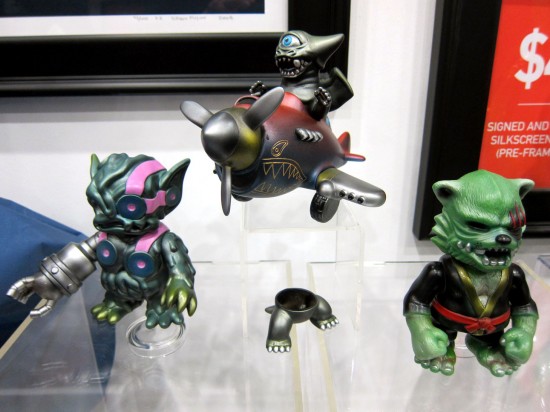 Amidst a sea of gloss-coated and automotive paint-sprayed monsters, my buddy Dustin Cantrell‘s trio of luster-finished figures stood out. Left to right: Bionic Ooze, Deathra in a Plane and Wheelbarrow. 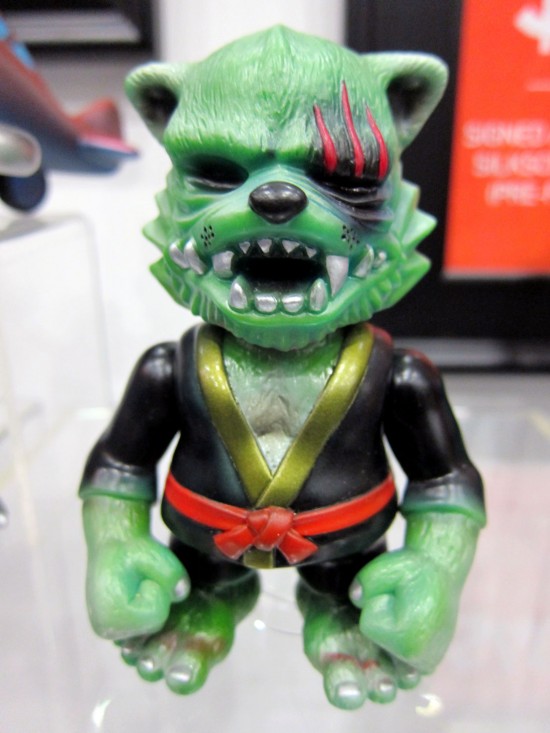 Here’s a closeup of Wheelbarrow, an older Gargamel fight figure. I can’t personally imagine wanting to collect a genre of toys based on fantasy battle characters, but these micro-niches of toy collecting are what makes it all diverse and interesting. Not to mention, I think Dustin’s paint on this toy looks rad. 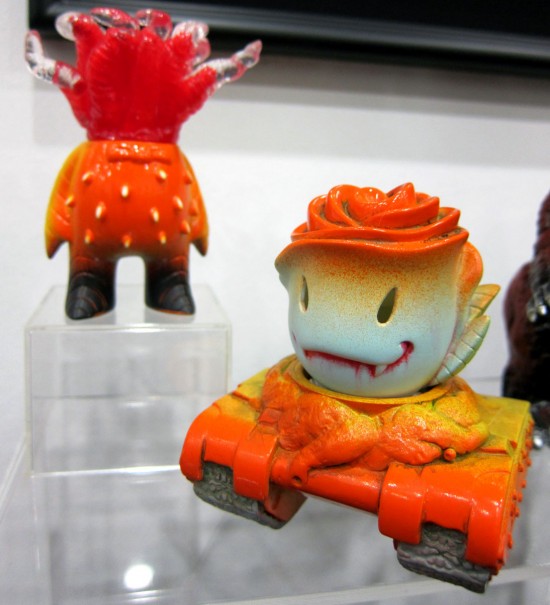 PlaSeeBo never disappoints. Here’s his Vampoloctopus and Rose Vampire Ghost Tank. I’m sure Bob has a story for both of these. 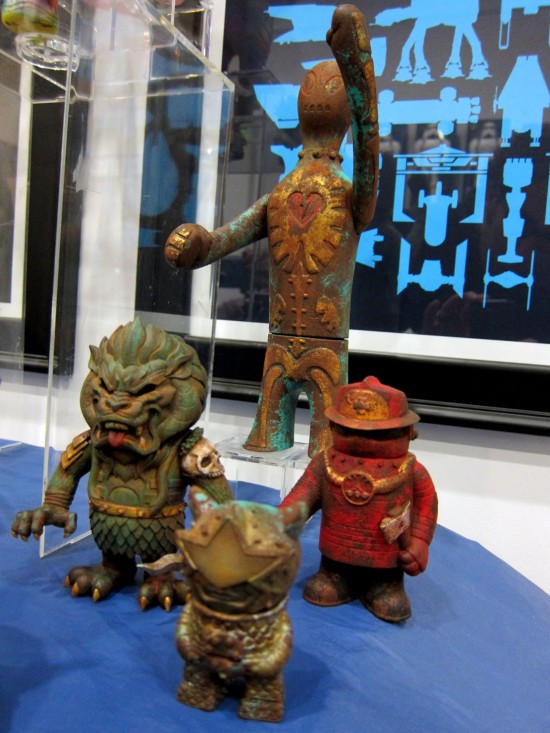 Dril One has really got the rusty and corroded look on lock down. These toys are on the opposite end of the typically polished customs you see at a Super7 show. I overhead a collector saying he liked the way they looked, but they gave him the sensation of imparting dirtiness onto the surrounding toys. Although local Dril One was not in town for the show, I guarantee he would’ve appreciated that comment. Left to right: Vintage Mongolion, Vintage Visighost, Vintage Fire Robo and Vintage Super Puncher. 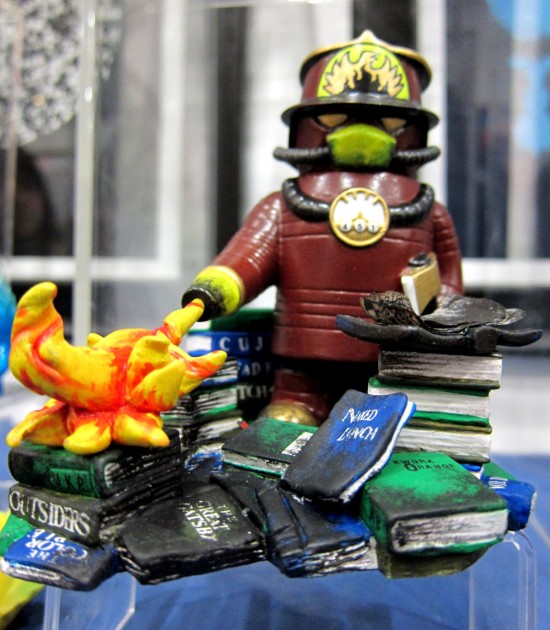 Another general observation about customized Super7 and Gargamel toys: they’re not usually high on concept. That’s why I dig this F451 Fire Robo by San Francisco’s own Zombiemonkie. I wish the books were painted in warmer colors more indicative of being burned, but I appreciate the idea of a fireman robot extinguishing the flames over burning banned books. 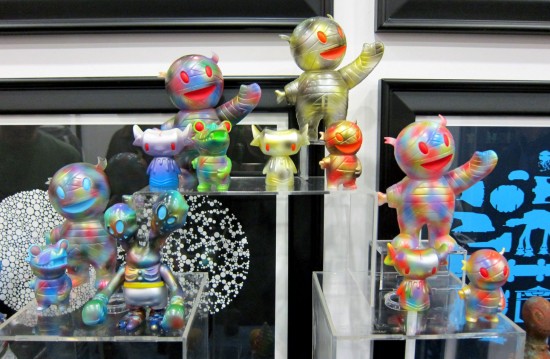 Brian Flynn, owner of Super7, painted a rainbow of Mummy Boy mascots and minis. Most (or all) of these were quickly snatched up by collectors. 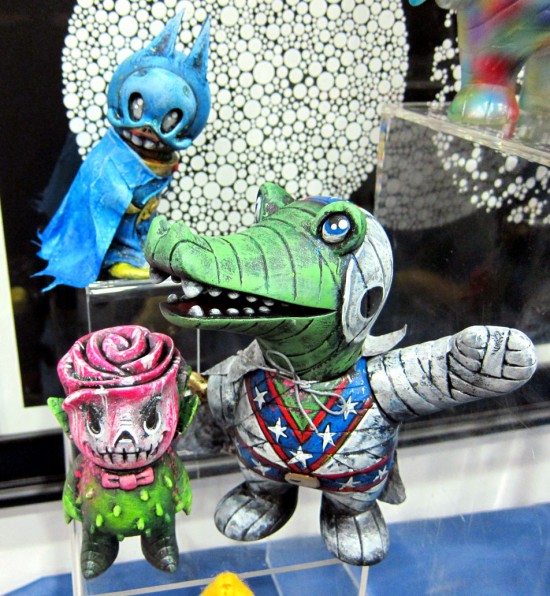 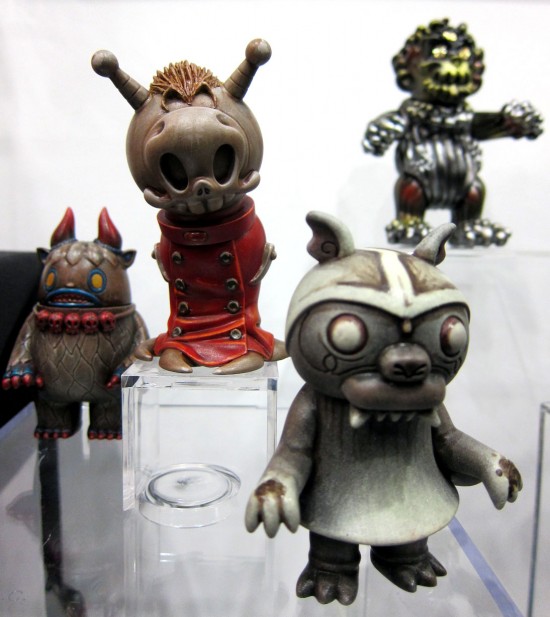 Another set of figures that broke from the norm were Two Below Garuru, Big Sal the Stampede and Three Mile Steven by Valleydweller. These paint jobs are not typical treatments for Monster Family figures, but you know what? I think they work. The technical skill on such a small scale is top notch. 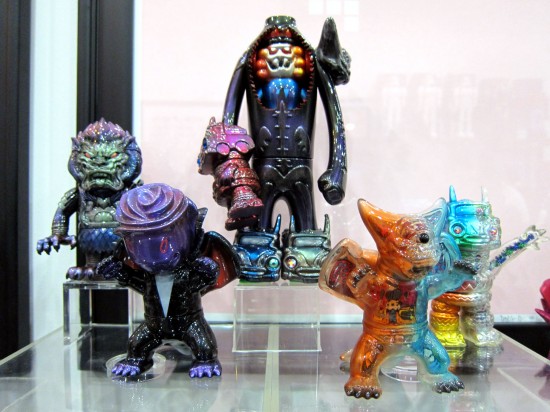 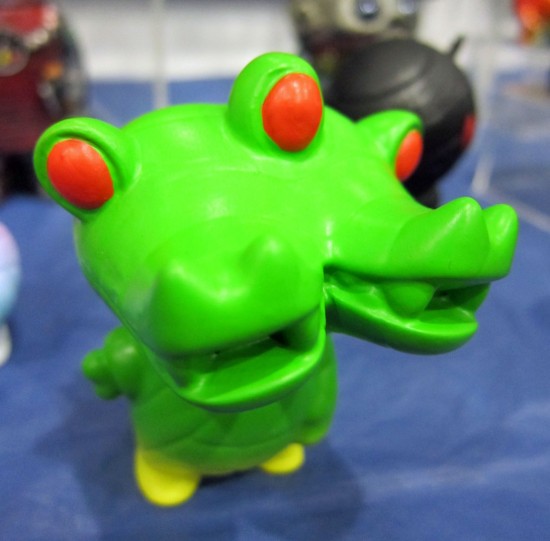 Some of the best customs can be deceptively simple, like this Double Mummy Gator by Cliff of MONSTREHERO. 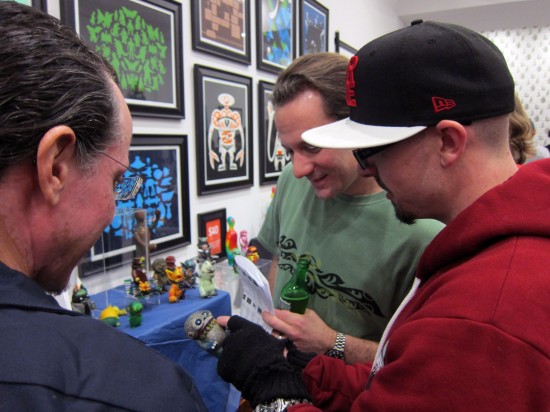 Here’s Jay222 showing Len and David his Gargar. Maybe if you ask him nicely, he’ll show you his Gargar, too. Always cool to see toy collectors in real life. See what’s still available from 1-Offs here.