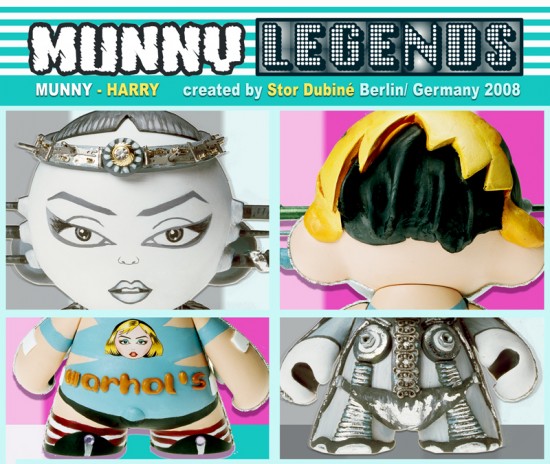 Following on the (platformed) heels of his customized Munnys of Donna Summer, Elton John, Grace Jones and Nina Hagen, Berlin artist Stor Dubiné now presents the 5th figure in his Legends of The Seventies series: a Debbie Harry doll! 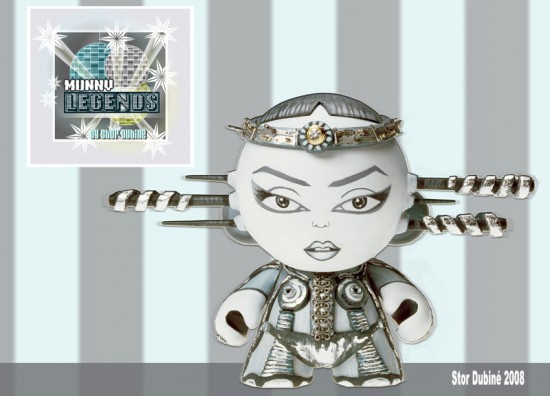 As with the others stars from my series, she also forms part of my musical life. Although her sound belongs to the late 70s and beginnings of the 80s, she had a Disco sound. For me, her most influential work was her solo record “KOO KOO” (she was trying to break away from the image she had in BLONDIE). This was also her most ignored and lowest selling record ever.

KOO KOO’s was acclaimed for its concepts of visual & sound art, its futuristic funk sound and was produced by the greatest minds in Disco: the group CHIC. This record was a big contrast against the New Wave music, and the most polemic change was Deborah Harry’s image. Somehow for me, as an artist, I felt very fulfilled with this record. I quickly understood the concept, the musical tendency, everything.  GIGER’s Art, who create the art of the record, was an important part of my artistic tendencies with this dark and far ways world, as Mrs. Grace Jones did in the 80s.

To me, Debbie Harry made the scene in the 80s, from her music with Blondie and solo to her role in the New York No Wave scene (see appearance with Basquiat in Downtown ‘81) to starring turns in David Cronenberg’s Videodrome and John Water’s Hairspray (the first one!). She’s a cultural icon who has been name-checked in songs by the B-52s and played opposite Stuart on MadTV. As usual, Dubiné’s Munny is spot on. I didn’t think he could top his Nina Hagen Munny, but this is really terrific. I would love to see these get made into production if anybody with power is reading…