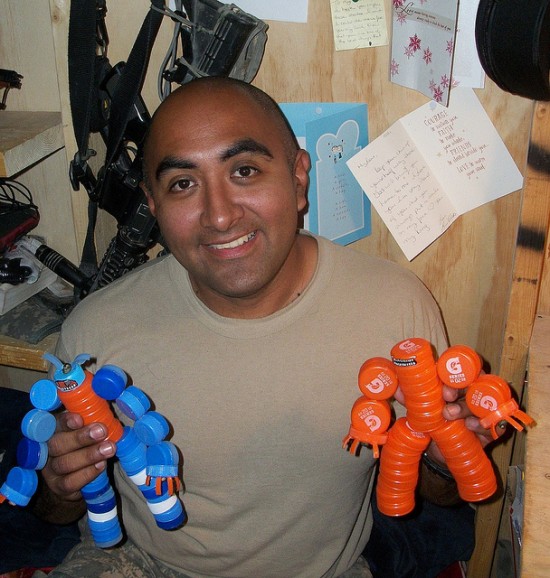 With all the diversity of the Bay Area, its toy scene is, for the most part, a liberal lot. So it was interesting to read this profile of a toy customizing former oil rigger who’s about the same age as me and is now stationed in Afghanistan with the army.

Rupert Valero collects and customizes articulated action figures, which is a different ballpark than the art toys I cover on this blog. That said, it sounds like his motivation is really quite similar. He shows off his customizations on a Flickr page, which also contains a folder entitled Don’t Quite Your Day Job with the caption, “When I am not creating…I am destroying”. 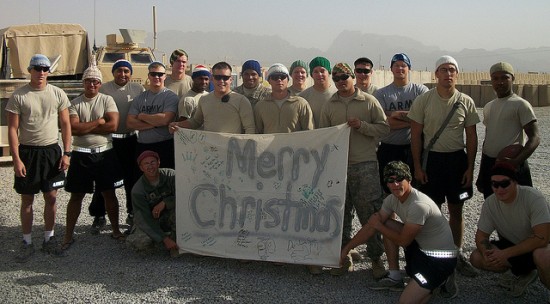 Because he’s in Afghanistan, Valero makes do with what he’s got. I’d argue he does quite well, too. He makes toys using Gatorade bottle caps, chord and tape. Sometimes, he gives them away to local kids. There’s a nice interview with him here where he says: “I tell every one, ‘Play with them, don’t be afraid’ Toys are meant to be enjoyed.”

Rupert and I live pretty divergent lives, but I always try to find some common ground. He says: “Lots of men in the army think that toys are for kids, but when they met a 34 year old Christian who has their back in a fire fight, they rethink that ‘toys are childish’ mentality.” I can sometimes convince people that toys aren’t just for kids, but I’m less successful at reassuring anyone that I have their back in a fight. You win some, you lose some. 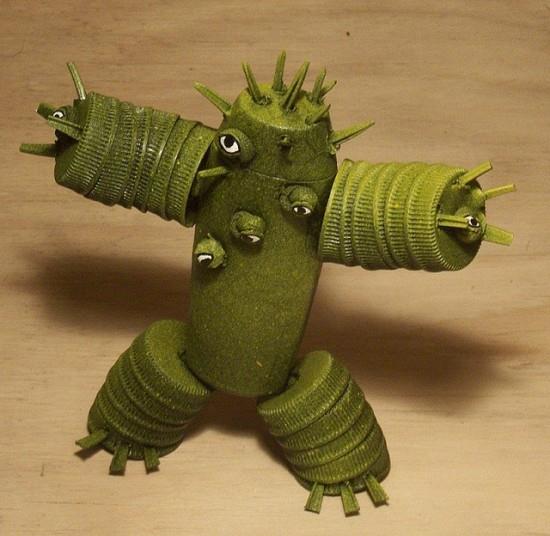 Come on, don’t you think this piece by Valero looks a bit like Mark Nagata’s Eyezon‘s estranged cousin who ran off and joined the military? 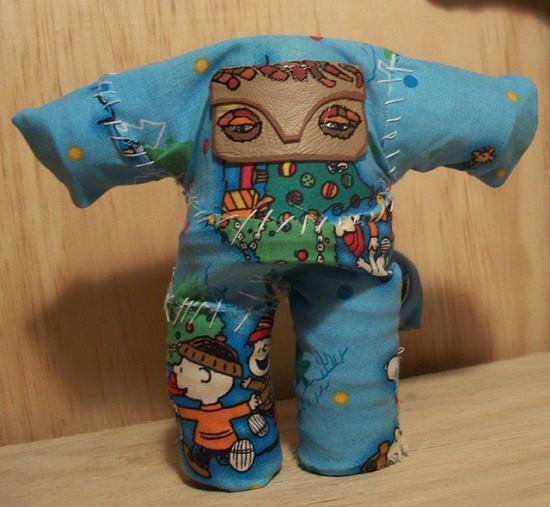 And this creation by Rupert (featuring appropriated cut and sew fashion!) recalls a custom Blamo Toys Nimbus by Leecifer.

Out here, its 4th world, not even 3rd world. Kids are corrupted at a very young age. Boys are brainwashed to be soldiers, girls to be literally work horses. The kids we see out on patrol have never seen a He-Man or DCUC batman. Afghan children play with rocks and dirt, which is never in shortage. Sad and sobering when we see what freedoms and luxuries we take for granted.

He does have a point about taking things for granted. 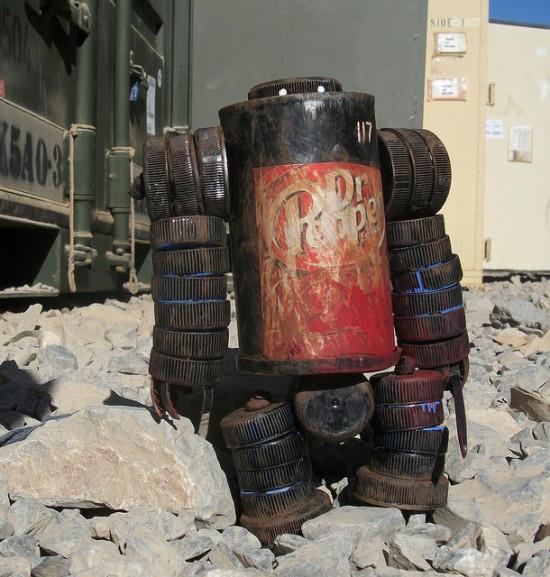 Like I’m not trying to take for granted that this is kind of a bottle cap Bertie the Pipebomb. Valero is a fan of Ashley Wood’s Word War Robot. Here’s hoping he gets home safely, and one day he might collaborate with his hero.

Rupert continues to collect toys with the help of his wife back home. You can keep tabs on his latest creations through his Etsy page.