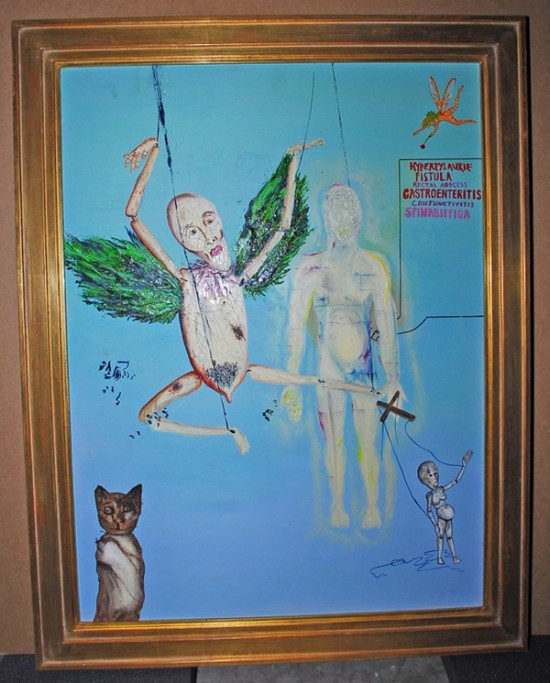 An “addiction and recovery, straight up” website called The Fix has revealed five original pieces of Kurt Cobain art:

The work is housed in Art Pack, a high-end storage facility in Los Angeles. [Coutney] Love has publicly declared her intention to auction off the artwork, as well as guitars and other of Cobain’s memorabilia; the sale is expected to earn up to $100 million. However, ownership of the artwork is contested. According to sources, Cobain’s publishing company, EOM, covered Love’s unpaid storage fees for the cache and may try to block the auction.

Not to be tactless, but this would be a pretty cool episode of Storage Wars, huh? 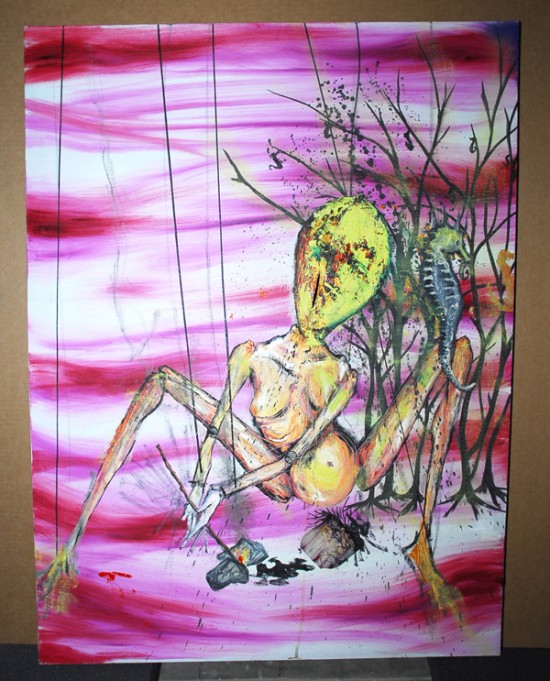 The Kurt Cobain art was discovered while The Fix’s founder, Maer Roshan, was working on an e-book called “Courtney Comes Clean” [$2.99 here]. It’s all thought to have been painted by Kurt in and around 1993 during the height of his heroin addiction. 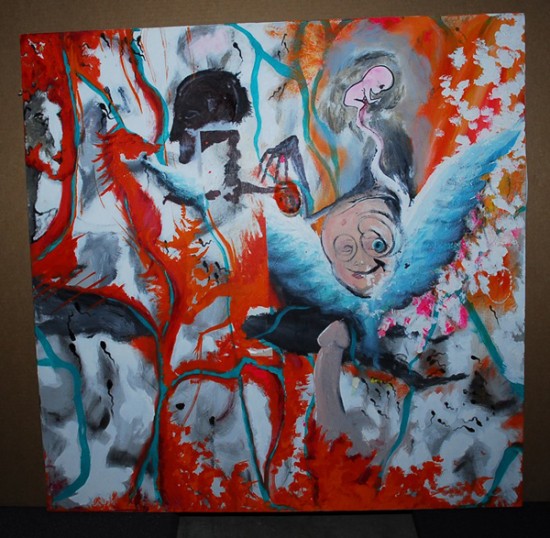 Like the Kurt Cobain art on the Melvan and Love’s stash of prescription drugs, it seems only a matter of time before these are available to the highest bidder. 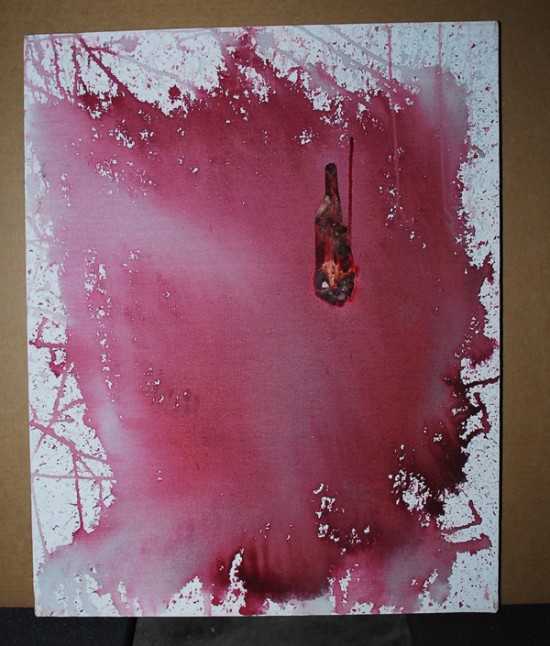 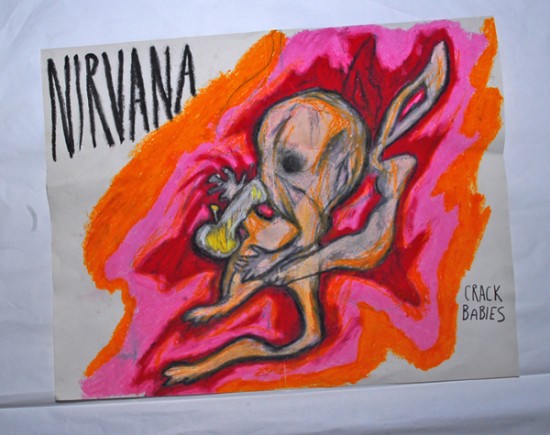