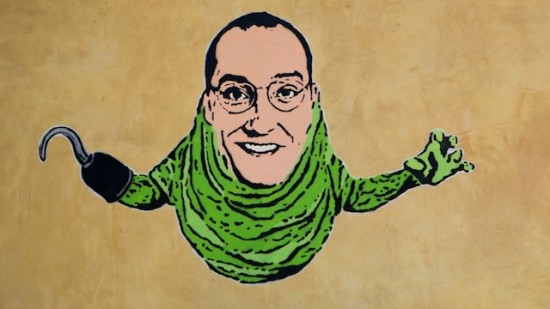 Everybody’s been on Banksy’s jock lately, and some are more successful than others. (Also, that last post was a little heavy. So let’s lighten up.) New York’s satirical street (f)artist Hanksy was recently in LA, and he took the opportunity to pay tribute to a couple of my favorite television characters: Buster Bluth and Tobias Fünke. 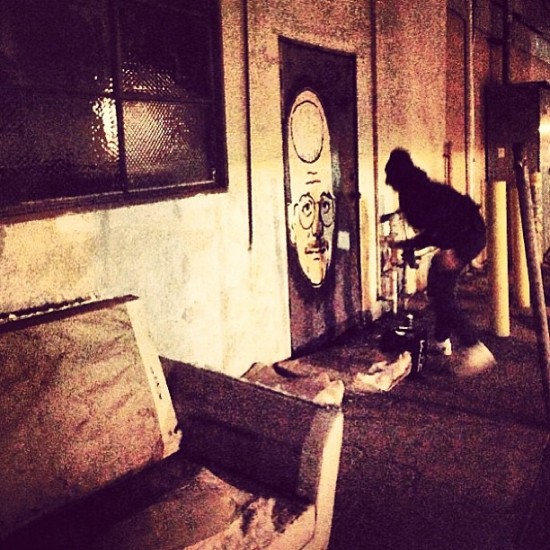 Here’s Hanksy putting up Toe-bias in LA. The Arrested Development “never nude” played by David Cross is quite popular with artists. Revisit him in paintings, posters and plush here. 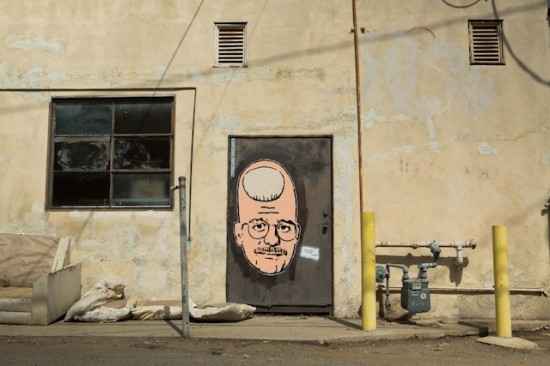 And who could forget Buster? (Except Lucille, maybe…) Hanksy paired the hook-handed Bluth boy with Slimer for a hybrid Ghost Buster Bluth. That’s hilarious! 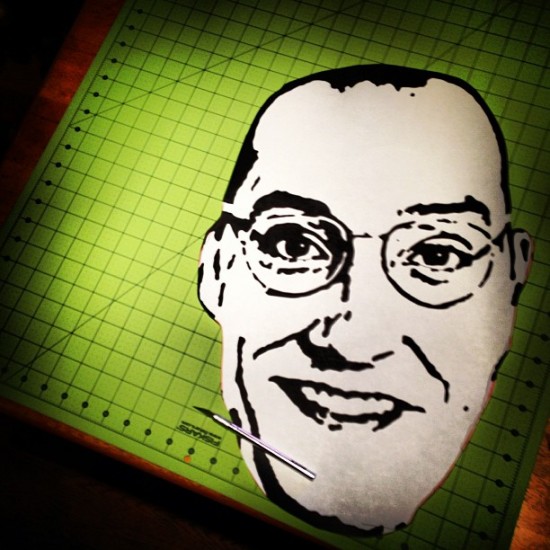 GhostBuster Bluth (in progress) by Hanksy 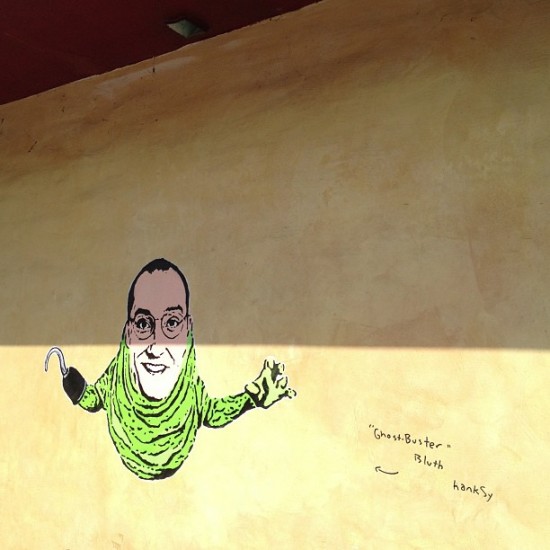