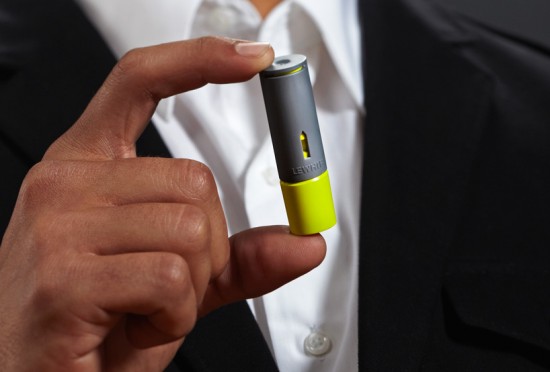 I could so use one of these right now. Aeroshot Pure Energy is an aerosol-based calorie-free caffeine inhaler invented by Harvard University professor David Edwards of Artscience Labs. Each Aeroshot contains 100mg. of caffeine, which is the same amount of caffeine that’s in a large cup of coffee OR a few MORE caffeine molecules and about 336 LESS calories than what you’d get in a Starbucks tall (12 oz.) Frappuccino. 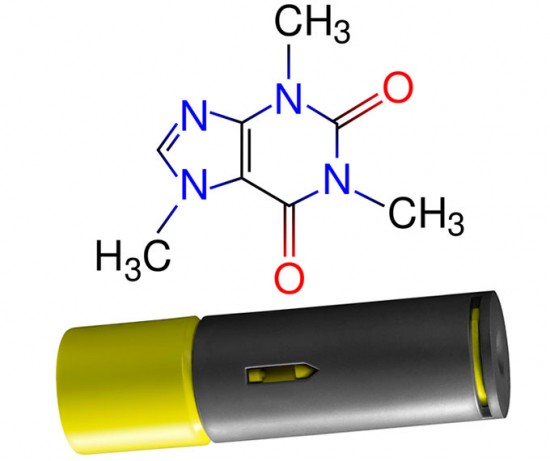 To use the device, you pull the green (NICE) end, put the other end in your mouth and “gently puff in”. Imagine if these had been around in the 1990s rave scene? Vicks inhaler in one pocket; Aeroshot in the other? It’s being reported that since these are liquid-free, they bypass TSA regulations, though I thought aerosol-based products were also verboten? Each Aeroshot is good for about 6-8 puffs and is going to retail for about $2.50. Aeroshot will be available in New York and Boston in early 2012 and online through The Lab Store (new site opening 11/1, old site here). You can also request a free sample mailed to you here, which I of course did.