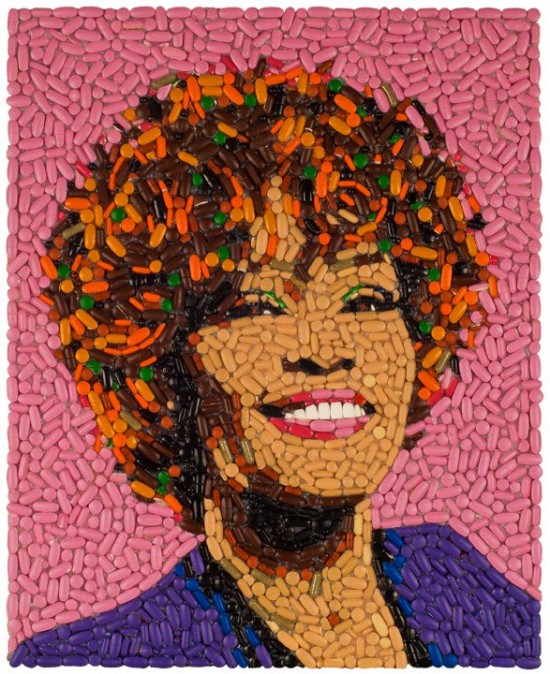 I wonder how quickly artist Jason Mecier began crafting this portrait of Whitney Houston after news broke of her death? In the genre of pop art, you’ve got to be fast, and in today’s climate of aggregated journalism, there’s rarely an outcry of “too soon”. I last wrote about Mecier’s pill-popping celebrity portraits when he depicted a recently deceased Amy Winehouse. At the time, his two living subjects rendered in pills were Courtney Love and Kelly Osbourne. I would have expected life to imitate art and catch up with Love before taking down Houston, and much like Mecier’s portrait of Snoop Dog in pot, I’d have thought the artist would eventually render the singer in her vice of choice: crack rock. However, toxicology reports indicate that Houston died from a combination of Xanax, Valium and alcohol. Sad. 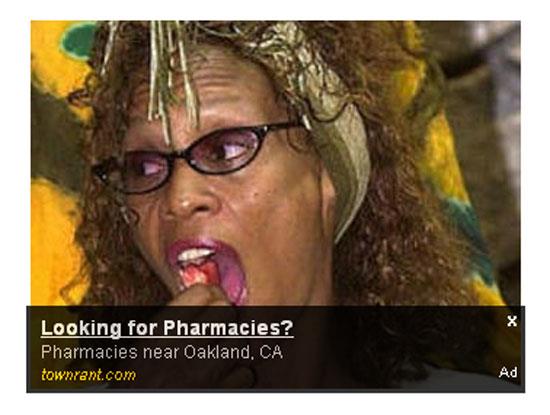