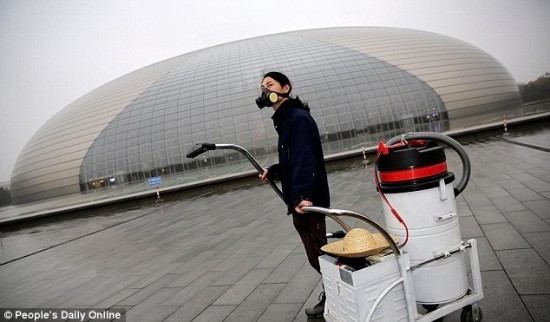 Five years after Electrolux made arty vacuums with plastic sea debris, a Chinese performance artist vacuumed the air in Beijing…and made a brick. Armed with a 1,000-watt vacuum cleaner, the artist who goes by Nut Brother swept the smoggy city for 100 days. Oddity Central reports that what he collected is equivalent to the amount of dust and smog inhaled by 62 people in four days. 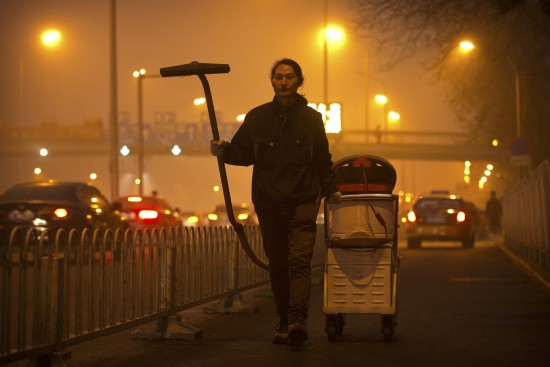 “I want to magnify the air pollution problem, so people cannot ignore it, and then take action to change it,” said Nut Brother. With air being ubiquitous, it’s an epic problem. Recently, physicists at Cal Berkeley found that Chinese air pollution is responsible for the deaths of 1.6 million people per year, or 4,000 people a day. Wanting to “show this absurdity to more people,” Nut Brother took the contents of his vacuum to factory, where it was mixed with clay and converted into a brick that weighs “several kilograms.” Naturally, I wonder as to the efficacy of using air particulate as an artistic medium akin to making chairs with plastic regrind or a lamp with coffee grounds. It certainly seems labor intensive, not to mention: deadly. 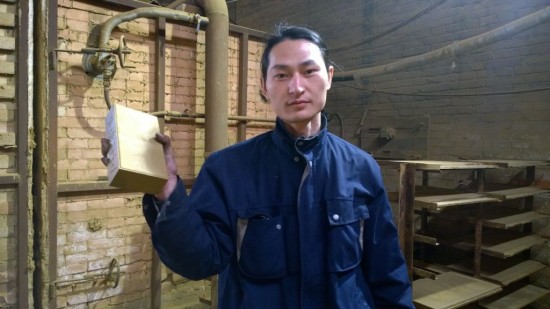 The project has been met with support, skepticism, and confusion, but any which way you look at it, he’s achieved his goal of global awareness. Nut Brother plans to install the brick at a building construction site in Beijing, and he hopes it will inspire people to think about how they use natural resources. “The more we pursue and dig for resources, the more dust we will produce,” said Nut Brother. “The day we exhaust all of the earth’s resources, we will ourselves turn into dust.” It’s been a while, but on that note, I present a musical pairing with Mazzy Star. You can follow Nut Brother’s “Project Dust” at this online photo gallery.