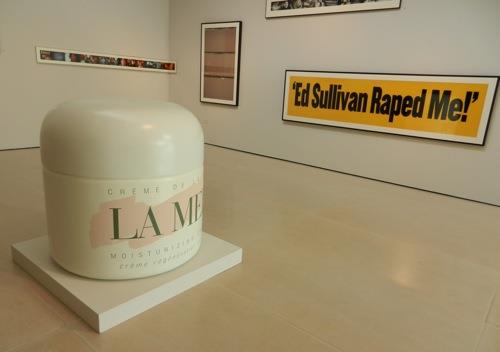 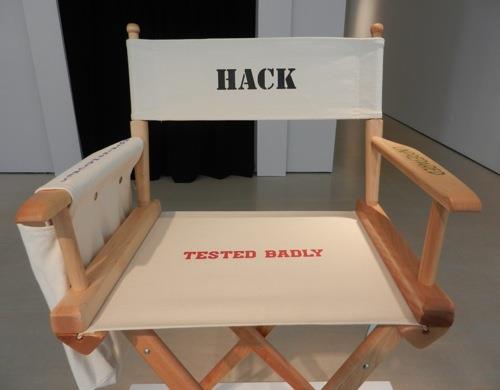 “I’m concerned that people don’t remember movies; they remember stills that they’ve seen over and over in books so I try to photograph things in movies that you are never supposed to see.  Really, it’s about writing and editing.  I think up each of these pieces and then I have to go find the images that make a new narrative which many times is the opposite of or has nothing to do with what the director really began with.”

The pieces on view in Neurotic were made between 1993-2009. I love John Waters, even if this body of work kinda looks like a quasi-nihilistic goth teenager made it during summer art camp. Click through to see Andy Warhol, Jerry Lewis, Tom Cruise and others as hair lips. Neurotic runs through April 21st. 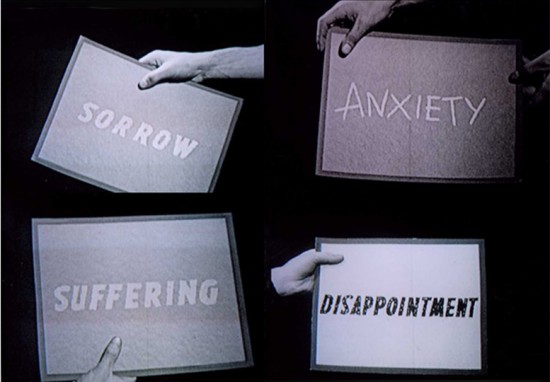 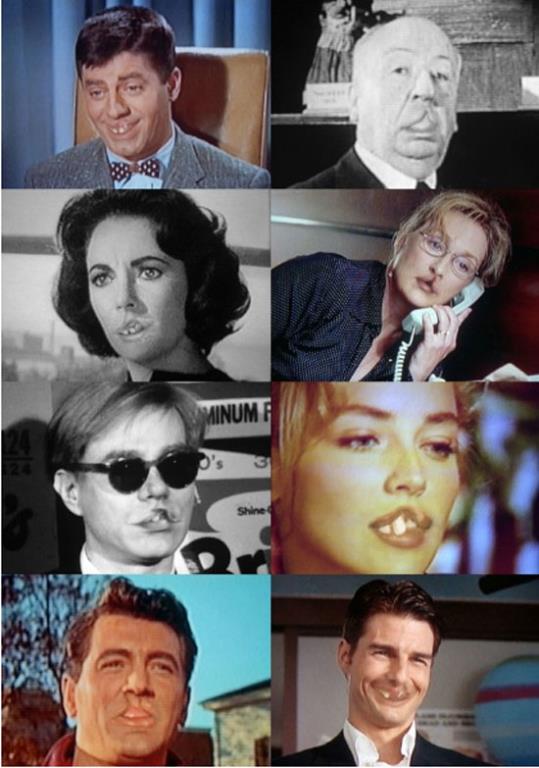