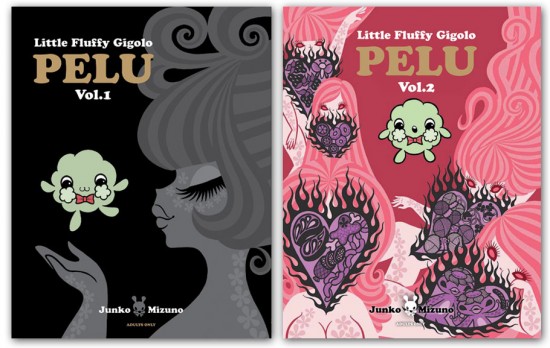 A decade after the debut of her trippy manga, Little Fluffy Gigolo PELU, Junko Mizuno did a signing outside Kinokuniya Books in San Francisco for the release of PELU Vol. 2. PELU, for the uninitiated, is neither a cat nor a dog, but rather an adorable alien in search of an earth-based bride. You see, PELU was once half of an interesting spin on the reproductive cycle, and he lived on a happy planet populated by naked ladies. That is, until a star-spangled space hippo ate his host, leaving PELU without a partner or platform for making babies. 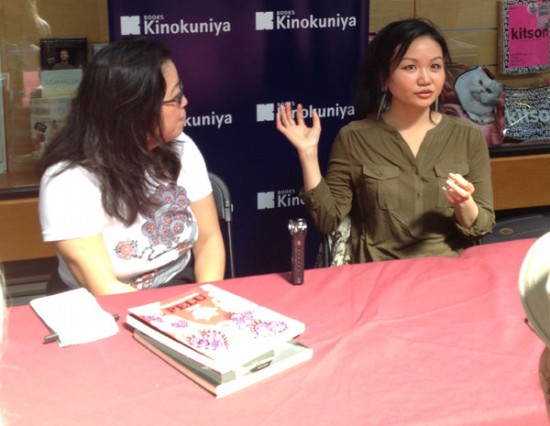 Junko Mizuno in conversation with Deb Aoki at the book signing

So, PELU lands in chaotic Japan where he encounters sassy girls, bad boys, beach maidens and body-switchers…but not his one true love. PELU Vol. 1 concluded with what looks to be a murder-suicide, although perhaps Danko has returned as a ghost? I’ve only just begun reading Vol. 2, and I’ve already learned about Soapland and watched Big Pharma get a taste of their own medicine. Exciting stuff! Also exciting? A convergence! 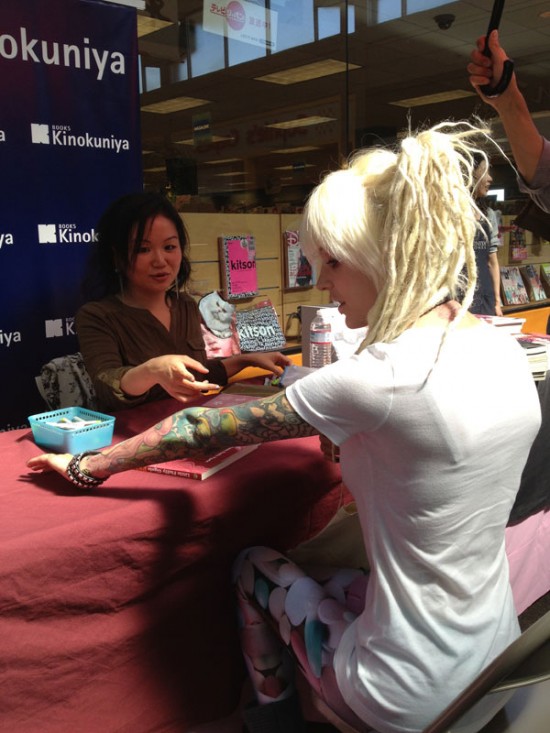 One of the most popular posts on my blog is a 2011 feature on the 100 Best Tattoos Inspired by Toy Art. In the story, we meet Detroit-based model-welder, Alloy Ash, who has a full sleeve of tattoos based on Junko Mizuno’s characters. Well, over the weekend, Alloy and Junko met each other in real life for the first time!

Junko did a little drawing on Alloy’s hand, which, if she avoids smudging on her way back to Detroit, Alloy said she’d probably get permanently inked. Cool! (Check out 25 more tattoos of Junko Mizuno’s artwork here.) 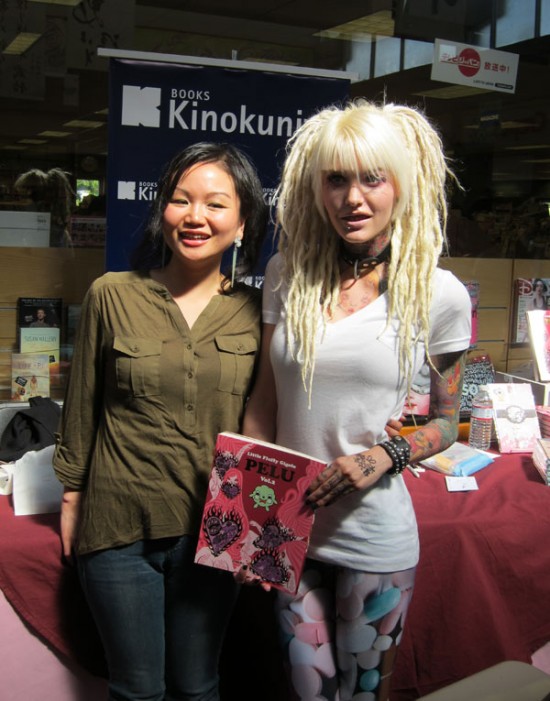 Junko Mizuno is always great to see around town. (My interview with her remains one of my personal favorite interviews.) Junko has upcoming art shows in LA and NY. In the meantime, pick up a copy of Little Fluffy Gigolo PELU Vol. 2 at your local book shop, or order it online through Last Gasp Publishing here. Will the persistent marshmallow pet ever find a mate??? 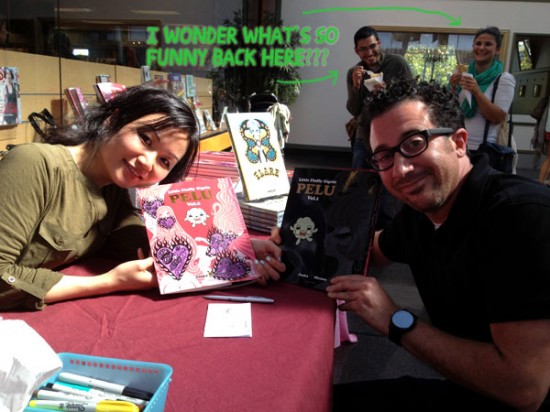