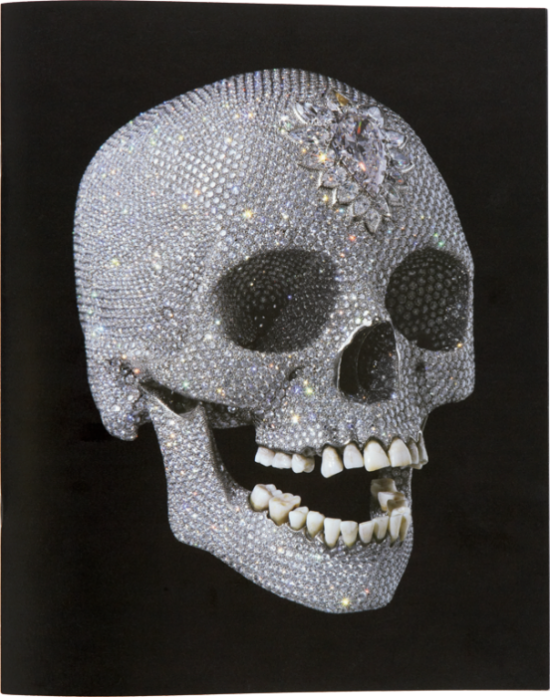 A lot of people have things to say about Damien Hirst‘s diamond-encrusted skull. But let’s just have the facts, per Wikipedia:

For the Love of God is a sculpture by artist Damien Hirst produced in 2007. It consists of a platinum cast of a human skull encrusted with 8,601 flawless diamonds, including a pear-shaped pink diamond located in the forehead. Costing £14 million to produce, the work went on display at the White Cube gallery in London in an exhibition Beyond belief with an asking price of £50 million. This would have been the highest price ever paid for a single work by a living artist. 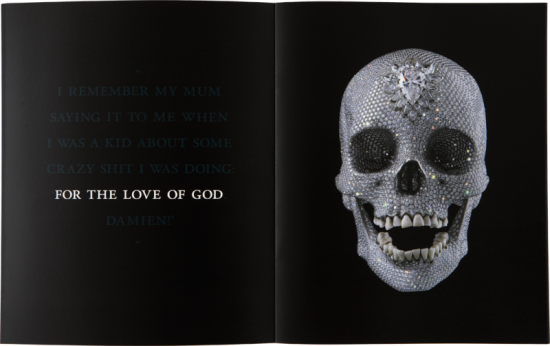 Damien Hirst, naturally, claims that the skull sold at it’s asking price, but art world insiders and journalists, naturally, claim otherwise. Either way, you’re looking at an art object covered in bling, steeped in scandal and worthy of its own Wikipedia page. The obvious response to such a status is to publish a book. 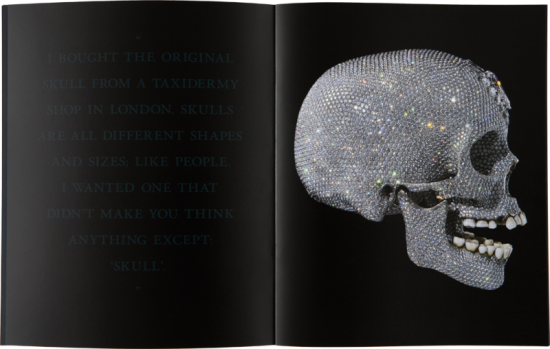 For the Love of God, the book, was produced by Other Criteria, the publishing house co-owned by Hirst. The 16-page book is a soft-back with a thread-stitched spine, and at $18 USD, it’s probably the closest any of us will get to owning something by Damien Hirst. Get your copy here.