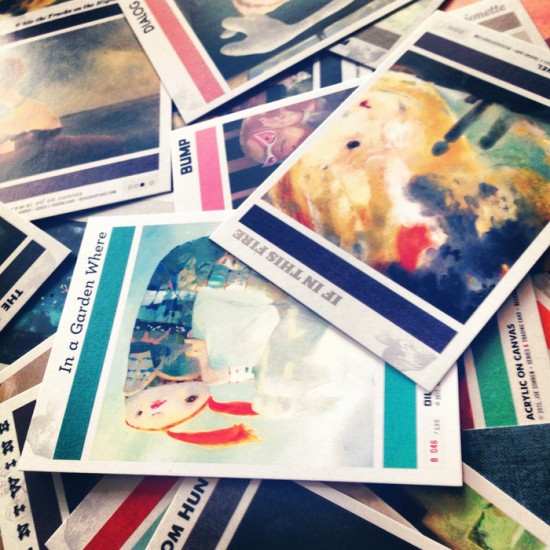 With Alex Grey’s Entheon Kickstarter counting down to becoming the most successful art project in Kickstarter’s history, let’s support another cool art campaign!

I met New York-based artist Joe Sorren at Wondercon in 2011. He was signing and sketching in his then-brand-new art book. You can see some of those sketches–and get an idea of the sketch card rewards for his Kickstarter campaign–in my Flickr set. 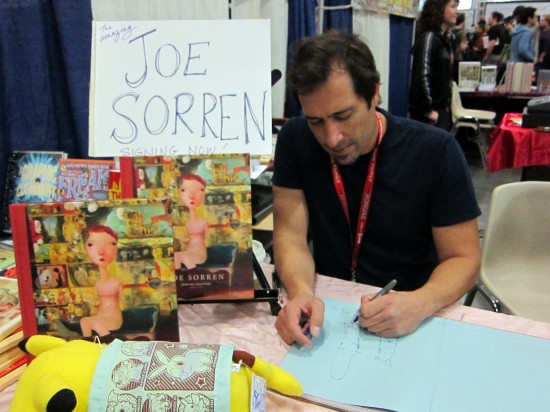 Here’s the basic premise of the Kickstarter project per Joe: “I am trying the idea of making the paintings I have been working on since starting to work, live in the form of trading cards.” Further:

I self-produced the first of three series (Series A), and now I am trying to kickstart the concept with people, in order to be able to produce Series B and C. Which is key I think, to the whole concept. I have designed the 3 series to be inter-connected, by showing details of some of the more complicated pieces in the first two series, and then resolving in the final series (series C).

Anyway, not to write a novel but as a result of considering this kickstarter, I have decided to play with the idea of letting some of my paintings exist in some other ways; like a high-quality silk scarf, a stuffed-plush monster, and little trading card drawings. 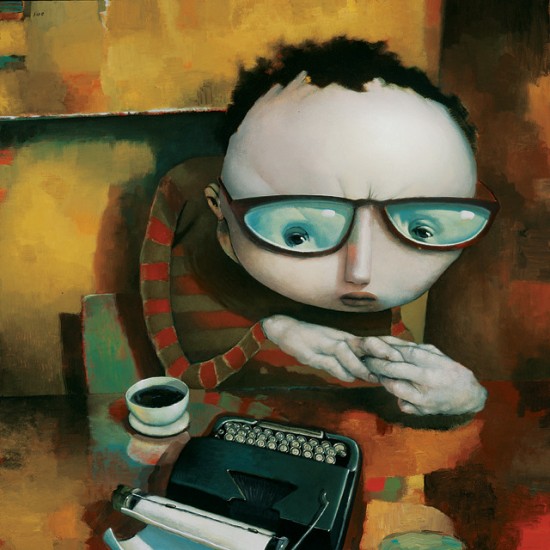 Elliot's Attraction to All Things Uncertain by Joe Sorren

Recently, while I was updating my archive, I was looking at all these pieces, many which have hardly been seen in public. I started considering different venues for highlighting some of these pieces, and was then lucky enough to catch Beatrix Potter: The Picture Letters show at the Morgan Library in NY this past year. In there she had a beautiful, stunning board game she had designed. It just oozed her passion for her art and how she wanted to express it in different arenas. This inspired me to try a few different ideas that led me to developing the concept of these three series of trading cards. Interconnected and telling a story individually and throughout the three series.

As far as art cards go (a subject in which I have some experience), these are innovative: Some of the cards are like puzzle pieces, beginning on one card and finish on another. 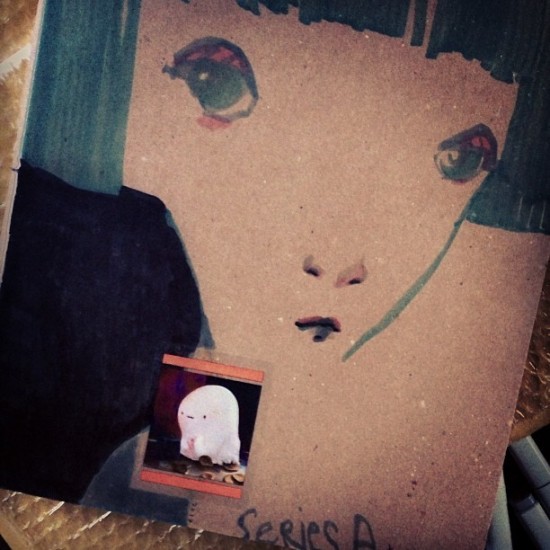 The incentives to fund this project include sketch cards, custom binders and “the highest quality silk scarf I could find (the same makers that MOMA uses for their high-end scarves featuring art by Miro and the like)” and a 12″ Because-of-Toast stuffed plush monster. As for the cards themselves, Joe writes that he improved the ratios and rarity of Series B and C. Says Sorren: “Opening a pack should feel a little like Christmas morning, you know?” Or Chanukah morning. Whatevs. 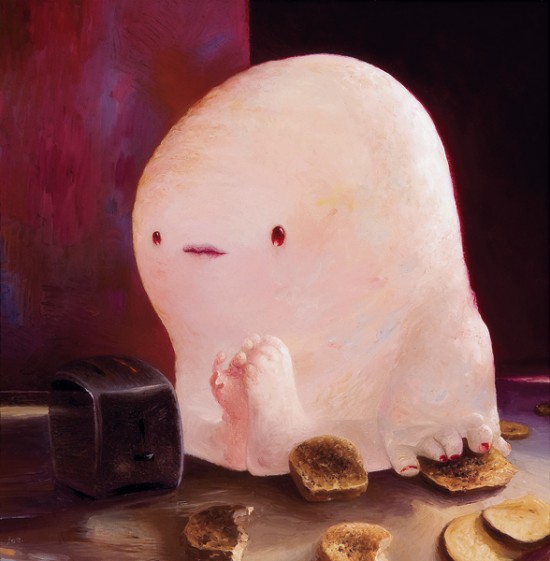 Because of Toast by Joe Sorren

Finally, there’s a great write-up (in which the writing itself is actually great) on Joe Sorren’s art cards here. A snippet:

The release of his works as miniature reproductions of his larger paintings means he offers the works of his imagination and metamorphoses them into something that is a physical manifestation: his playing cards are tangible realities that can be interacted with that were sprung from his mind’s eye. This is digitality in reverse. He has plucked an idea from thin air, made it real, and offers it to us as a memento. In a world where everything is slowly becoming abstract and virtual, Sorren’s concept becomes a battle against the onslaught of the immaterial. A hero that can fit in your pocket.

Well said! Who doesn’t need a hero these days? Back the Kickstarter project now. 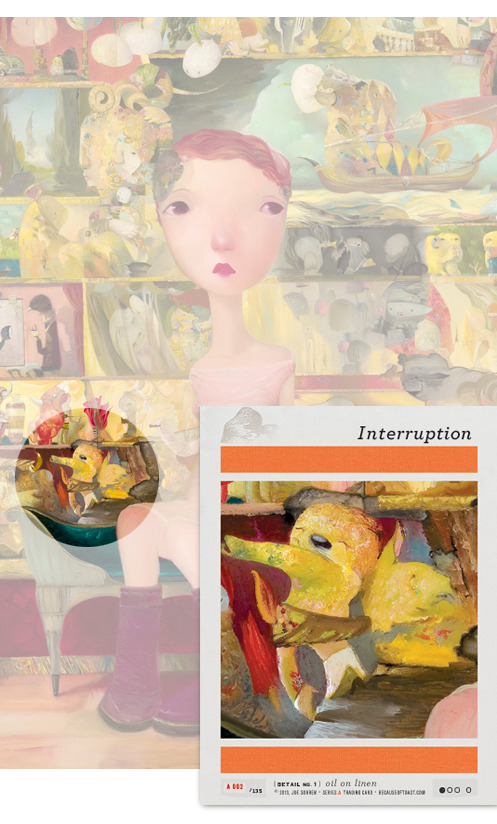