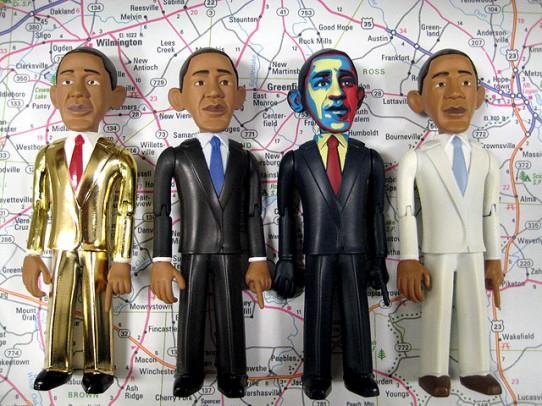 In 2008, I began a segment of stories on ToyCyte called Playing With Politics. I was very interested in the unprecedented outpouring of art inspired by Barack Obama. And then on Inauguration Day, I took the above picture and wrote the following post. 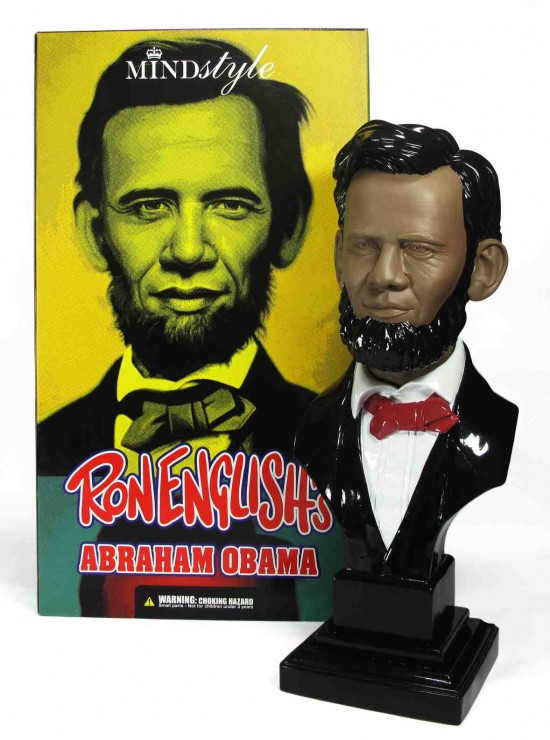 Goodbye retarded cowboy, hello change! It’s hard to describe, but even tedious little details (like watching movers carry furniture out of the White House on CNN) infuse me with a newfound joy. Maybe that’s the thing. Whether its small, sweet news (like Sasha Obama’s Uglydoll) or big, bad news (finally, global warming  is taken seriously), we’re actually interested. President Barack Obama transcends Gen-X cynicism and the short-attention spans of the millenials. His message resonates so deeply within our culture that it inspires political art from the streets to the toy shelves. Shepard Fairey and Ron English were just two of the artists who played a big part  in the Obama campaign. Their activism generated mass motivation and made for an unprecedented year of playing with politics. 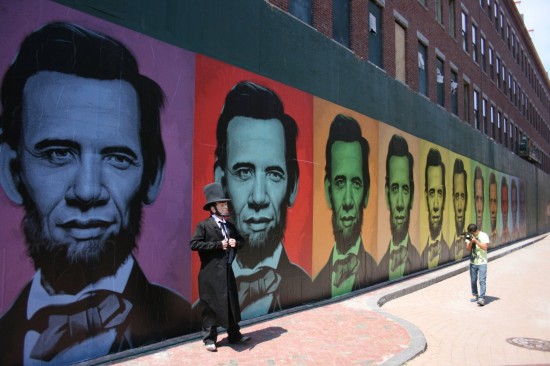 2008 was a dream year for a toy journalist. A handful of really awesome action figures and art pieces joined otherwise apolitical armies of Dunnys and Qees in homes across the world. Jailbreak Toys, already known for their short, but smart Oddfellows figures, unleashed a battalion of 6-inch Barack Obama action figures onto the scene. The “action figure we can believe in” inspired its own art show and an almost sold-out 3D tribute to Shepard Fairey. MINDstyle partnered with Ron English to create a series of vinyl busts based on Ron’s Abraham Obama imagery. The picture below is the never-before-seen, hand-painted, sold-out Presidential version of Abraham Obama, and it’s my personal favorite of the colorways.  GAMA-GO, (whose wooden Deathbot bore an uncanny resemblance to John McCain), released three sell-out runs of their popular Yeti-bama T-shirts. This is all just a fraction of the great art and terrific toys we saw in 2008. 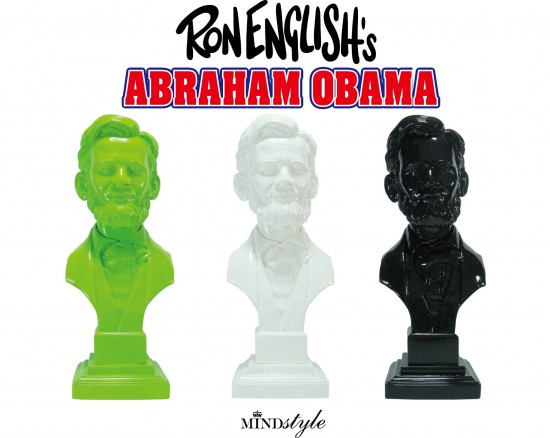 Today is a day of historical significance, and hopefully also one that ushers in positive changes. As the pundits are fond of saying, today is a day of celebration, and the real work begins tomorrow. For now, enjoy a bunch of my favorite photos from the year in Obama toys. We’ll be posting news of toy sales and toy-related inauguration events all week long. 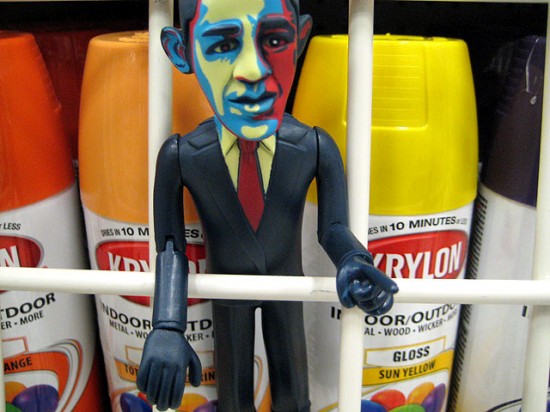