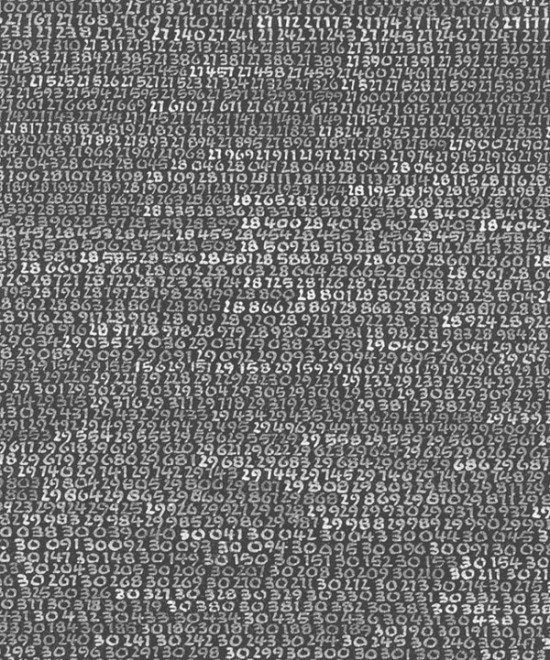 I find this fascinating. Is there any way this is not OCD art?

In 1965, Polish painter Roman Opałka began painting the process of counting – from one to infinity. Starting in the top left-hand corner of the canvas and working to the bottom right-hand corner, the tiny numbers were painted in horizontal rows. Each new canvas, which the artist called a ‘detail’, took up counting where the last left off. Each ‘detail’ is the same size (196 x 135 cm), the dimension of his studio door in Warsaw. All details have the same title, “1965 / 1 – ∞”; the concept had no end, and the artist pledged his life to its execution: ‘All my work is a single thing, the description from number one to infinity. A single thing, a single life.’ 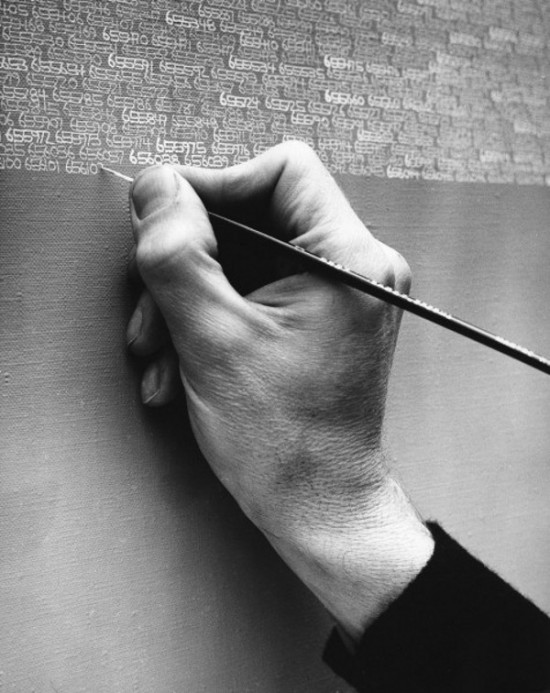 Over the years, there were changes to the ritual. In Opałka’s first details, he painted white numbers onto a black background. In 1968, he changed to a grey background ‘because it’s not a symbolic colour, nor an emotional one’, and in 1972 he decided he would gradually lighten this grey background by adding 1 percent more white to the ground with each passing detail. He expected to be painting virtually in white on white by the time he reached 7 777 777: ‘My objective is to get up to the white on white and still be alive.’ As of July 2004, he had reached 5.5 million. 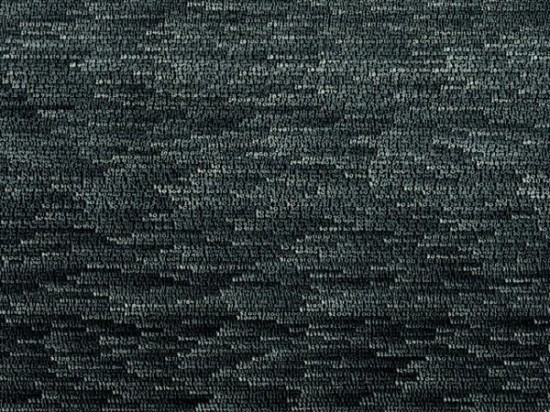 In 1968, Opałka also introduced a tape recorder, speaking each number into the microphone as he painted it. Additionally, he began taking passport-style photographs of himself standing before the canvas after each day’s work, a ritual bookkeeping of time passing. The process was endless, but measured against its goal – infinity – it is as naught: ‘the problem is that we are, and are about not to be’. 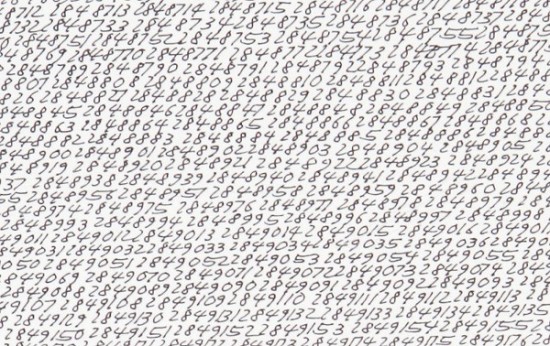 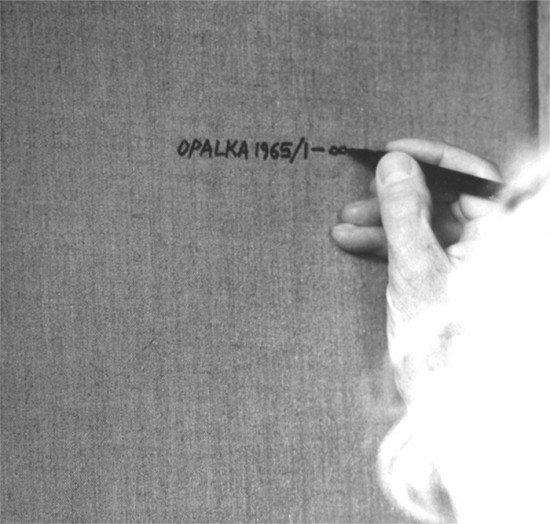 [All info via Wikipedia. Found on Flavorwire.]