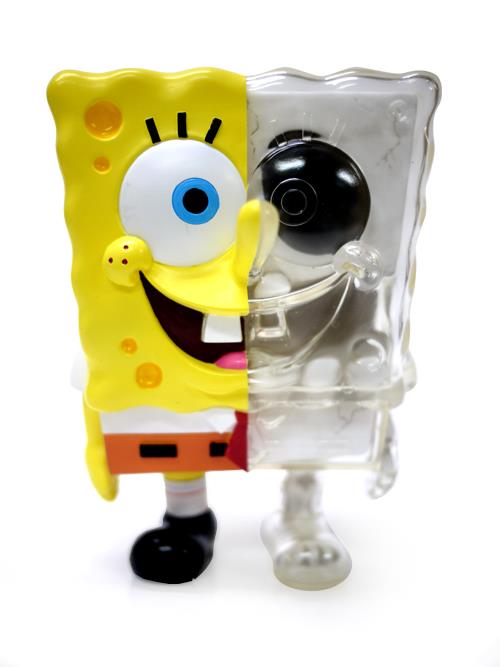 Here it is, in all its square-pantsed glory: The X-Ray DX Spongebob toy. This lone operative Spongebob toy (by Japan’s SecretBase in partnership with Nickelodeon) has been responsible for the majority of my Spongebob tag archive. And the moment of reckoning (aka purchasing) is now at hand. 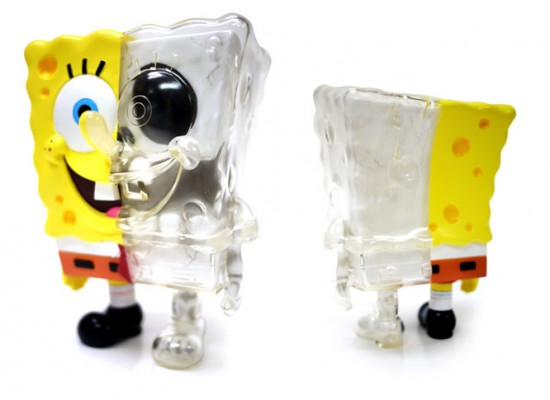 Tomorrow, Friday, March 16th at 12PM PST, Toy Art Gallery will reveal the 5-inch Spongebob toy sofubi. This inaugural edition “celebrates the duality of the ‘Bob with half the figure fully painted in the traditional Spongebob colors and the other side left clear exposing the bones underneath”.

The Spongebob X-Ray DX comes with one of five exclusive T-shirts (two Secret Base versions and three SecretBase x DOARAT versions). I have to admit, I dig this fig, and a green and black FrankenBob T-shirt is kind of a no-brainer for me. I like that the X-Ray DX version is the best of both worlds, giving you a fully painted figure and a transparent monotone figure in one piece. Two toys in one and some clothing for you is how to rationalize the price tag of $185 (if you need validation). Toy Art Gallery is the only US distributor for the Spongebob DX. Who’s getting their Bikini Bottom on for this release???