Ron English‘s first ever show in Japan opens on July 1st at Public/Image, and he’s created a new version of a familiar figure to commemorate the occasion. Google translation delivers some great Engrish about the Mouse Mask Murphy Stealth version:

Mousemask Murphy instead of just three-dimensional works hard to combine with three-dimensional plane? Nezumi is wearing a gas mask is an ultra-dope! Neck, hands and body moving four points. Stealth here is subjected to print gold on black body (stealth) Ver! Body limited to 100 worldwide! WATCH OUT! Attcking HE’S FROM THE DARK!!

Also worth noting: The figure was sculpted by Knuckle from Little Chop Design. 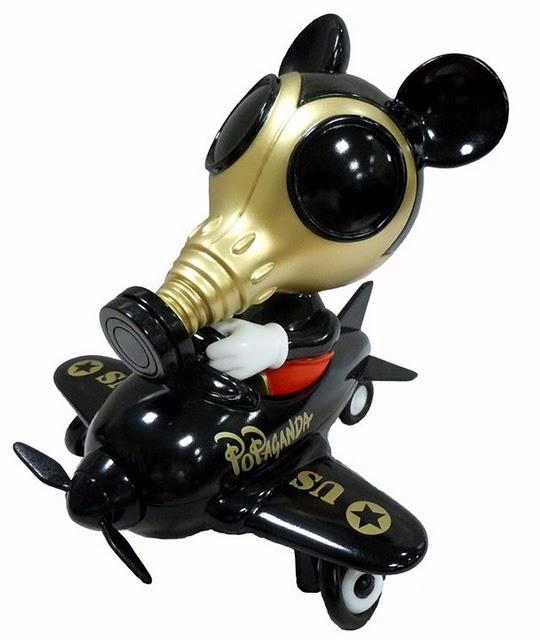 I have to admit, there’s definitely something appealing about this shiny mouse bomber. ZacPac handled the production, and it’s limited to 100 pieces at 9,975 yen (~$123 USD). Unlike Medicom, they WILL ship worldwide, so email nigo [at] zacpac.ne.jp your coordinates. 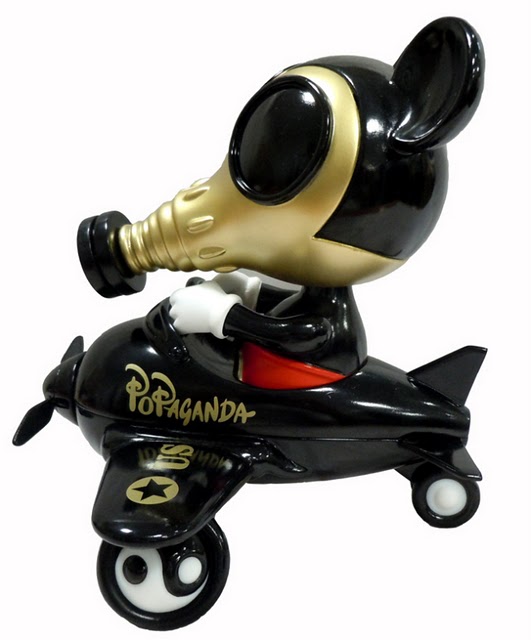 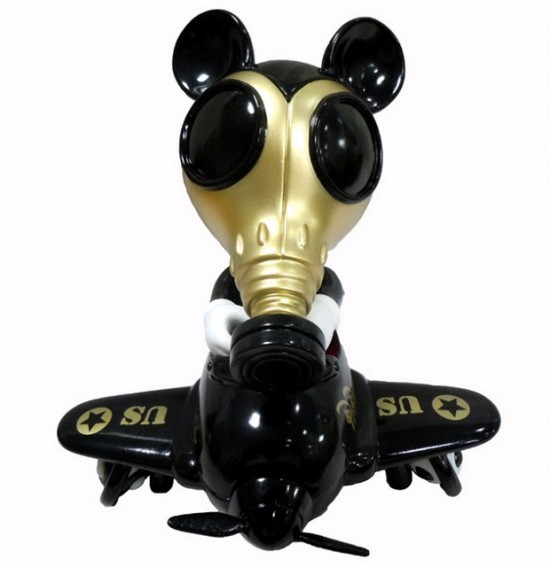 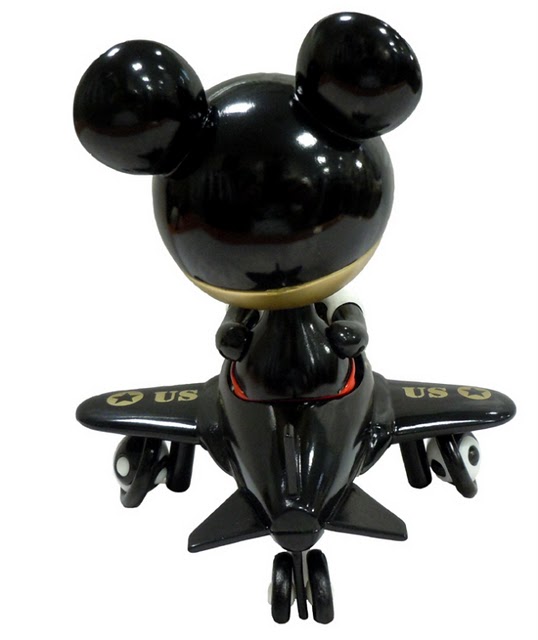