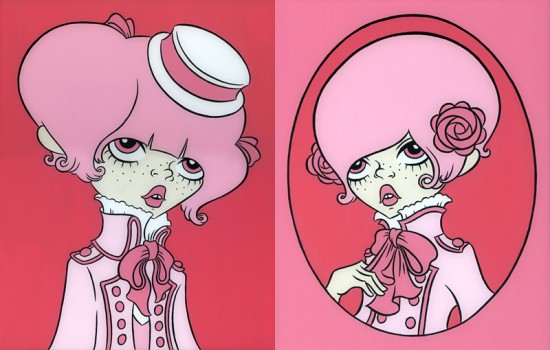 Now for something totally different: with 80s retro in full effect and vintage clothing stores displaying racks of “90s fashions,” it’s cool to see a throwback that extends its inspirational reach to the late 60s and early 70s. Fawn Gehweiler is an artist, illustrator and cat fancier who was “raised in an off-the-grid compound”. After a six-year production cycle, Necessaries Toy Foundation is finally ready to release Gehweiler’s first original vinyl toy: “I Want Candy”. 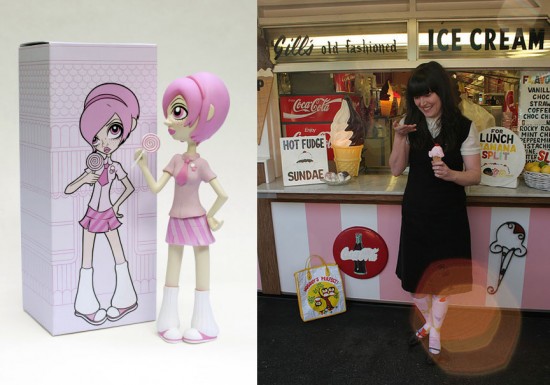 “I Want Candy” is the debut character in a three-part series of designer toys based on Gehweiler’s Sundae Girls artwork. The trio of figures were sculpted by Dave Pressler, and each stands an impressive Amazonian 14 inches tall.  If you wanted to form a girls’ gang, the Sundae Girls would probably be great pals with Camille Rose Garcia’s similarly sized figures from 2005.

But before we go any further, a new musical pairing. Fawn Gehweiler’s premier Sundae Girl is called “I Want Candy”. There is no way I could not embed some Bow Wow Wow!

Here’s a little background on the artist:

Fawn Gehweiler’s signature character based paintings, installations and works on paper have exhibited in galleries around the world and appear in a number of prominent private collections. Originally from Hawaii and currently based in the Pacific Northwest, her work combines the influence of a bohemian upbringing and sartorial escapism. Once described by The Face magazine as “the visual equivalent of candyfloss peppered with broken glass, delicious yet dangerous” and widely considered a major influence in the recent explosion of young feminine art in the United States, her work hinges on a delicate balance of past and present, building obsessive narratives through personal artifacts that reflect the imaginary worlds of little girls, treading the fine line between wide eyed innocence and dark fairy tales.

“I Want Candy” is packaged in an illustrated gift box. The lolli-carrying dolly is on its way to retailers now with an SRP of $69. 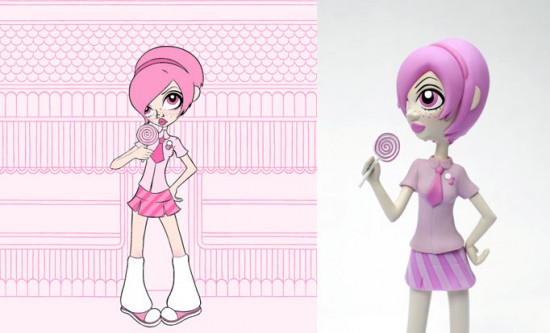 Fawn Gehweiler lives and works in the pacific northwest. Click through for previews of the forthcoming figures from her Sundae Girls series! 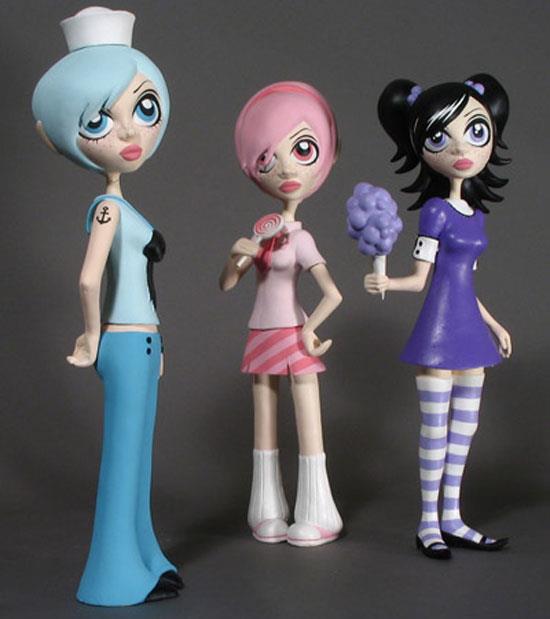 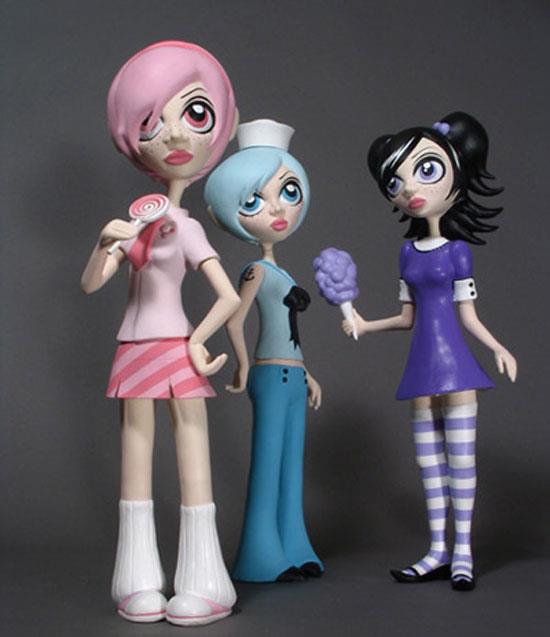