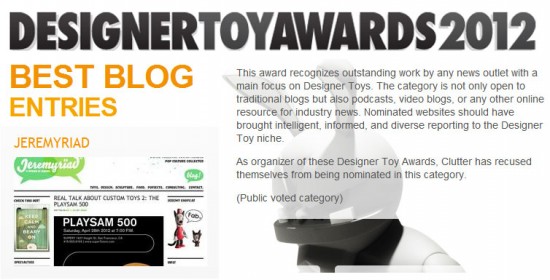 Wasn’t it just yesterday that we were applauding for our friends as they won gilded trophies for their contributions to the toy art scene during the Designer Toy Awards? Oh how time flies. It was almost a year ago that Holly Stanway gave me the peace sign, Frank Kozik gave me the finger, Chauskoskis turned out to be my brother from another mother, and I presented an award to someone who told the room to “fuck off”. The memories! 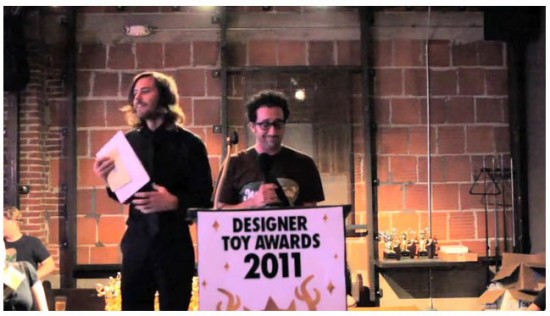 The Designer Toy Awards are back this year, and Clutter has made some attempts to improve the flow of the proceedings. One of the biggest changes is that they’ve added a step to narrow the nominations in all categories before public voting officially begins. However, the nominations must be in by tomorrow, Friday, June 15th, in order to qualify for voting. Take a look at the currently nominated artists, toys, blogs, brands, stores and companies here. See somebody or something missing? Nominate them/it now here. 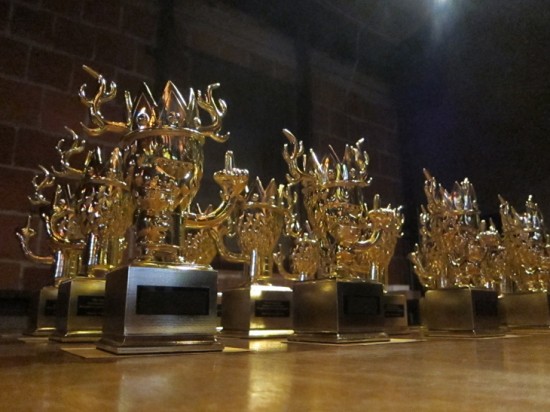 It’s no secret that the voting process and awards ceremony were not exactly smooth in 2011. For a while, I was dwelling on that rather than contributing to the success of 2012. That’s when Brandt Peters pointed out how this attitude is similar to the people who don’t vote in presidential elections because “it doesn’t matter anyway”. In America this year, the presidential election matters more than it has in a long, long time. The Designer Toy Awards may not determine whether all Americans have access to health care or if women and men should receive equal pay for equal work, but wouldn’t you feel good if you helped someone or something you care about get a cool trophy and a roomful of recognition? 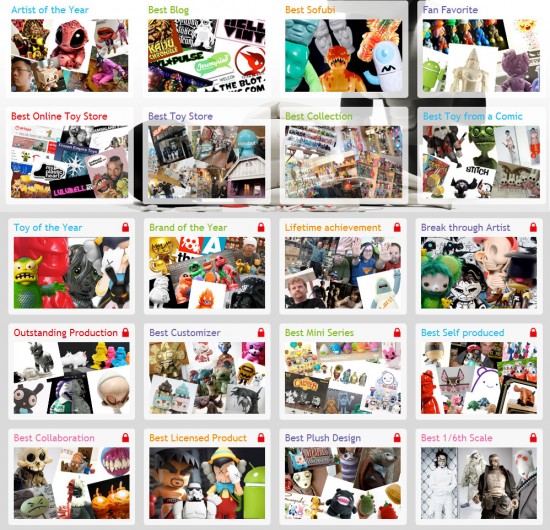 To address conflicts of interest and other unsavory issues, Clutter has established an “impartial advisory committee” for the Designer Toy Awards. Miranda O’Brien describes it like this:

The [advisory committee] is there for us to bounce ideas off (a small group of artists, distributors etc) about the decisions that Clutter is making with regard to an award ceremony that we truly want to reflect and help bolster the industry. It helps us expand our awareness so we can really think about the decisions before we make them. We selected people whose opinion we could solicit from time to time, to advise us. It’s that simple. The spirit of what we’re looking for is advice from people who are involved in the industry and with a vested interest in seeing a well-rounded award ceremony grow and thrive. We organized nominating committees to try and address conflicts of interest, which is where it matters more.

So there you go. Check out all the categories and nominees here. If you see the person, place or thing that you’d like to vote for, there’s nothing more to do right now. However, if there’s a missing person, place or thing, don’t let them end up on a milk carton. Instead, make your voice heard. Nominations are due tomorrow. Voting will commence at the end of July. The awards ceremony will take place this Fall in NYC during New York Comic Con.