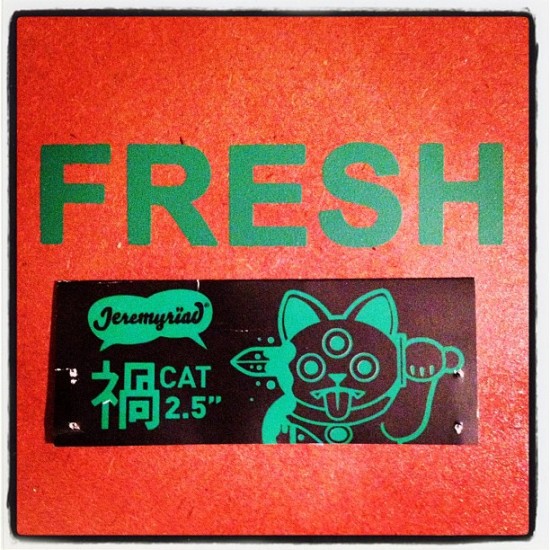 By now, Ferg’s Little Misfortune Cats have arrived at toy stores and art galleries around the world. But that wasn’t all of them. I’m really proud to very vaguely announce the first ever exclusive toy this blog has ever had. More details and adoption infoz very soon as I’ve yet to establish whether I’ll be keeping them all for myself and living out my days as a cat and toy hoarder, which is not so far from my current reality.

On September 12th, 2011, I wrote this prophetic post. Was it a prediction for the Little Misfortune Cats or just a really cool gif? 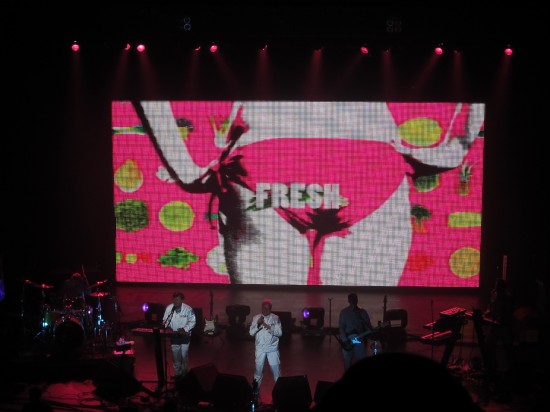 On March 22, 2011, I saw Devo play live in San Francisco. Is that at all relevant or merely a red herring connected to the SecretFresh box upon which the Jeremy Cat header card was laid to rest in the photo up top? Click through and play the following video on loop until we speak again.