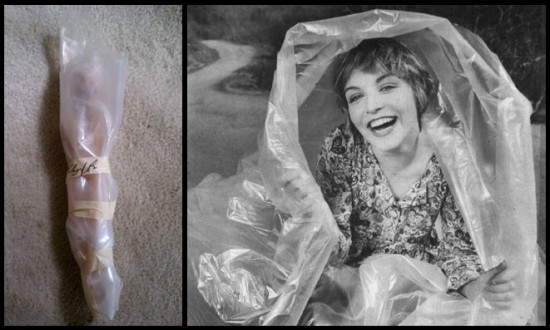 In its heyday, there was Twin Peaks merch galore, but in my opinion, execs failed to fully indulge in the entire product tie-in (cherry) pie. If Buffy the Vampire Slayer can continue as comics and action figures well-after The Potentials were activated to quell the Hell(mouth) and the TV series ended, why can’t we have an Agent Cooper RAH? Michael Lau does Marlon Brando, but nobody touches the Log Lady? Seriously, WTF?

Anyway, last year’s Idiot Box show at G1988LA featured a porcelain Laura Palmer by Kiersten Essenpreis (below, right). But if you want plastic wrapped in plastic, there are now a few more Palmer dolls made by Paula K. Shimatsu-U. Paula worked on the original Twin Peaks series and has some of the best (and only) still photos from the show. Her Laura (above, left) looks to be a bound and bluish Barbie, but it’s concept that counts. Paula’s Palmers are available for $65 signed by actress Sheryl Lee and $35 unsigned within the USA at the Purely Paula store.

Definitely one for the “Kind of Cute, Kind of Creepy Disturbing Doll Collection,” right Tre? Stay informed of all things Peaksian by following TwinPeaksArchve on Twitter! This post is dedicated to Andy Heng, who I’m sure would blog it, too, were he not recovering from a stroke. 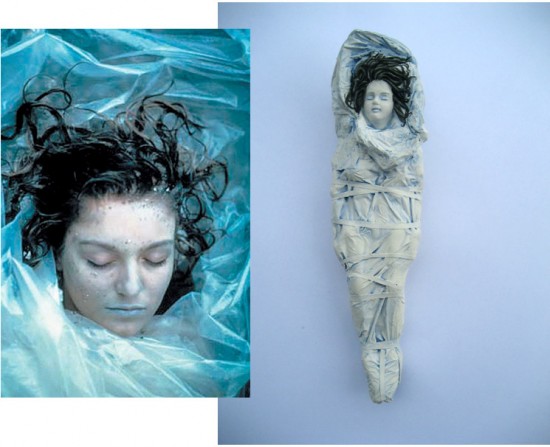