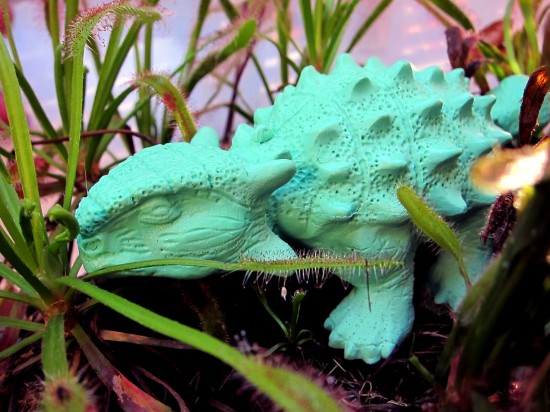 This morning I joined my friend, Dustin Cantrell, for a bit of art-keology in his San Francisco studio. Dustin really digs dinosaurs. Of the species, the club-tailed ankylosaur is his favorite: Ankylosaurs were bulky quadrupeds, with short, powerful limbs. I’m a fan of any creature with short limbs. Solidarity, dude. 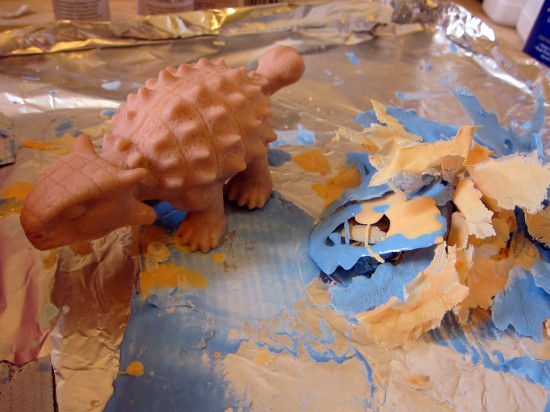 Here’s Dustin’s original Ankylosaur prototype. It’s made out of Sculpey clay, and it is the physical positive needed to create the mold. 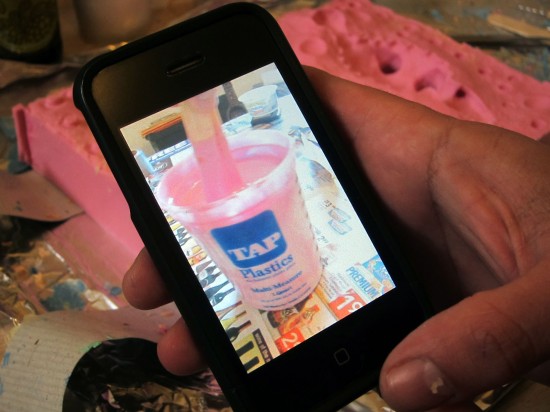 I missed the making of the mold, so you’ll have to use your imagination and this iPhone picture. To make a mold like the one Dustin did, you can anticipate spending a day or two and a ballpark of about $125 at a place like TAP Plastics (or a good art supply store). Resin and tints are extra on top of that. If you’re seriously interested in creating toys, you can be making multiples in a week with roughly $150 in expenses. It’s pretty exciting to see a toy born in a friend’s apartment; feels very freeing and “anything is possible”-ish.

Click on through for a play-by-play of the making of this toy. Or jump the gun, and be the first to get one for $30 here. 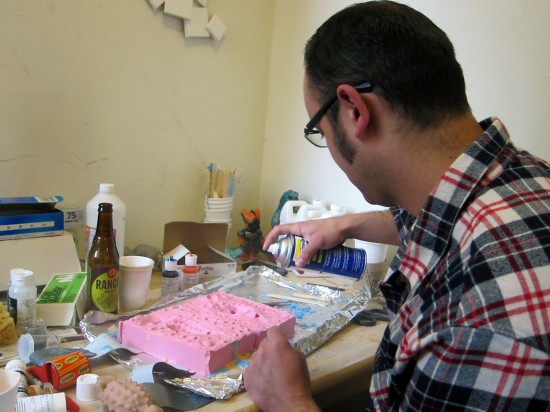 After you’ve pulled a resin figure from the mold, you want to clean it out and then spray it with a releaser prior to pouring the next batch. 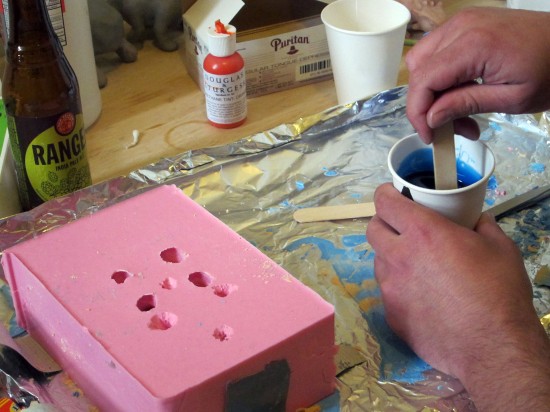 Resin requires two chemical parts, plus a color tint. Parts A and B are poured into separate cups and then combined and stirred just before pouring into the mold. 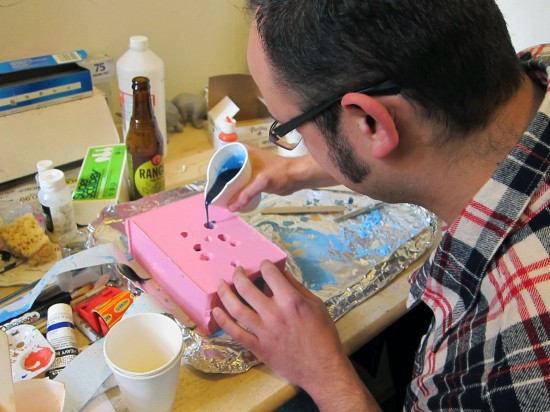 Dustin pours the resin slowly into the mold. The four large holes ontop of the mold are the bottoms of the dinosaur’s feet. The additional holes are the result of trial and error; they’re necessary for the prevention of bubbles and don’t adversely affect the final result. 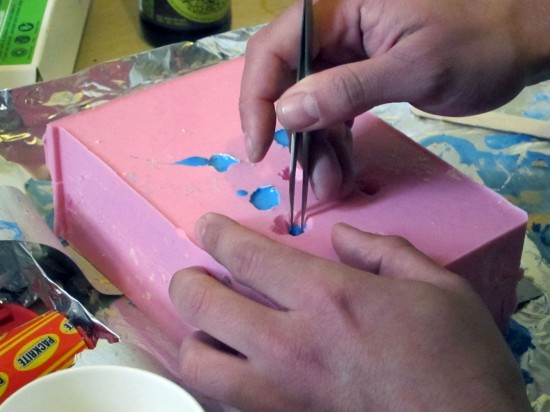 We let the resin set in the mold for about 15 minutes. You can see the blue color lightened a bit as it dried. Here, Dustin is removing the plug holes before opening the mold. 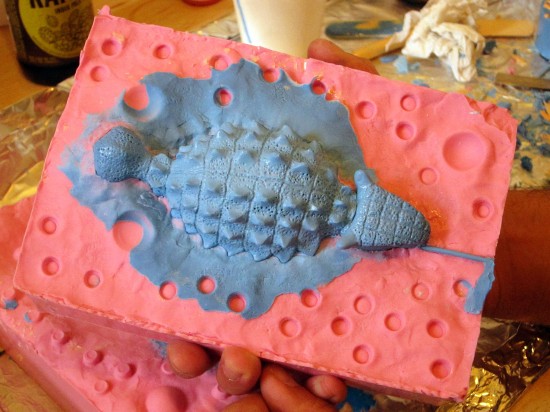 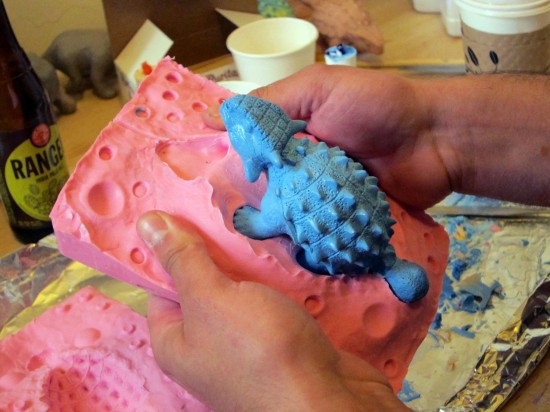 Thanks to the spray releaser, the dinosaur is excavated seamlessly. 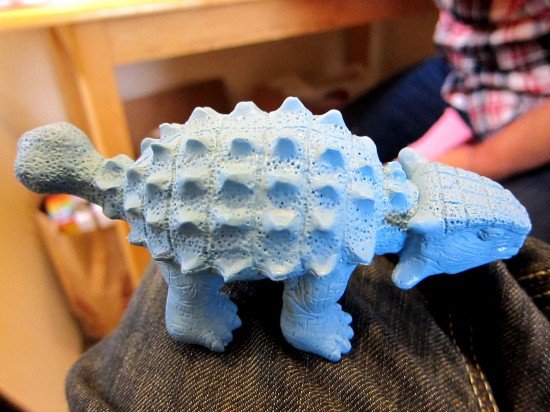 Check out the final result! Each 6-inch blue resin ankylosaur is hand-poured by Dustin Cantrell based on his own original sculpt. His premier run of five in unpainted blue is available for $30 each here. Thanks for having me over, Dustin. Fun stuff! 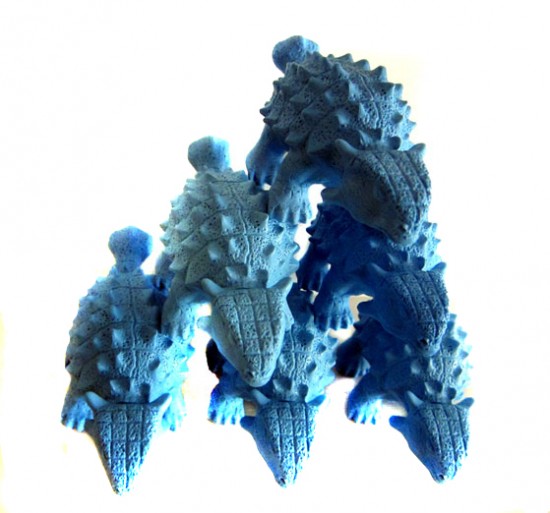 Save the cheerleader; save the world.