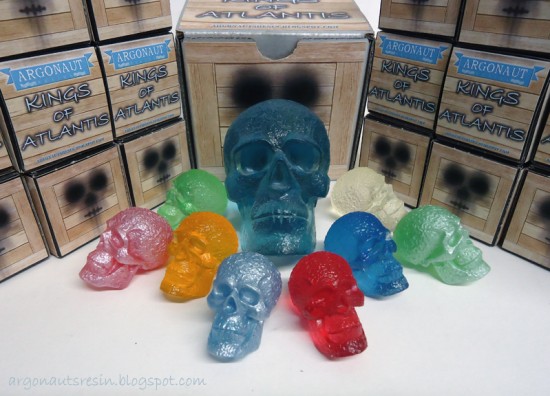 Resin king Eric Nocella Diaz understands that bigger isn’t better, and good things come in small packages. Or, to put it in less cliche terms: while Tiny Fuppet Kormet may exclaim “Seu fosse grande!” deep down, he agrees with The Sucklord that “Being tall is wack.” What I’m getting at is that Argonaut Resins’ Kings of Atlantis skulls are back, and they’re smaller than before! 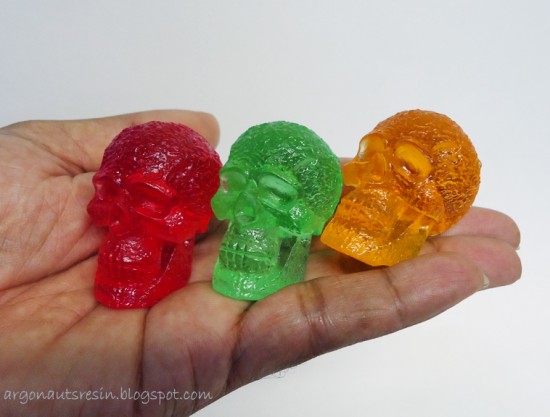 Tonight, Monday, August 20th at 7PM PST / 10PM EST, Argonaut Resins will release a new littler edition of his KOA skulls. Though more compact (and by extension, efficient), the shrunken heads feature the same design as the original KOA that were released previously and have since sold out. 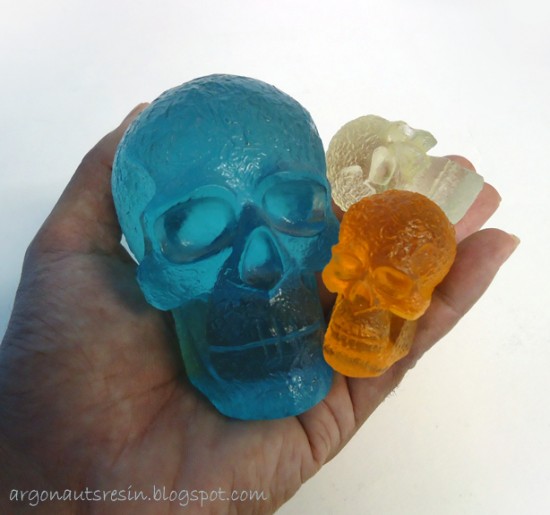 But first, END lays down the foundation:

Ten Demi-God Kings ruled the fabled island of Atlantis thousands of years ago. They all perished when their paradise was destroyed by the Gods. All that remains are their skulls…each endowed with an incredible power that is passed onto whomever has the skull in their possession. They say too much power is not a good thing…are you willing to take a chance and find out if this is true…?

So, to recap: these aren’t your ordinary run-of-the-mill resin skulls: they are amulets, totems imbued with special powers. And if you don’t believe in supernatural stuff: believe this: nobody casts sweeter resin tints than Argonaut Resins. Fact! 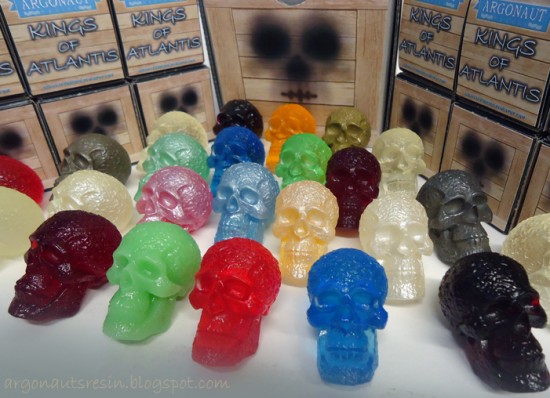 The KOA mini-skulls will be sold in four waves, each including 25 blind-boxed pieces. The ‘usual suspects’ (solids, metallics, clear tints) and a few mystery figures (like GID) are present in each edition, with the last wave expected to drop around New York Comic-Con in October. Each KOA mini-skull comes in numbered mini custom crate box packaging for $28 shipped in the US. 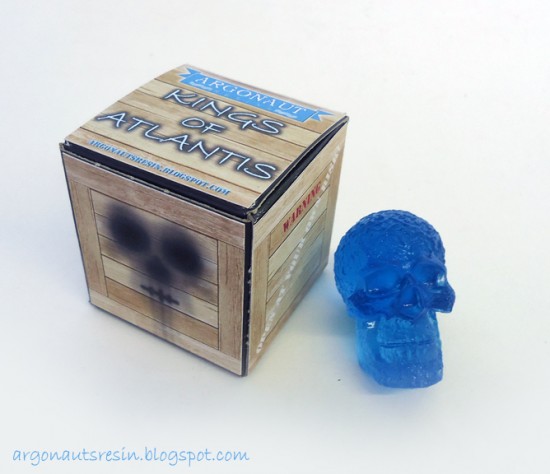 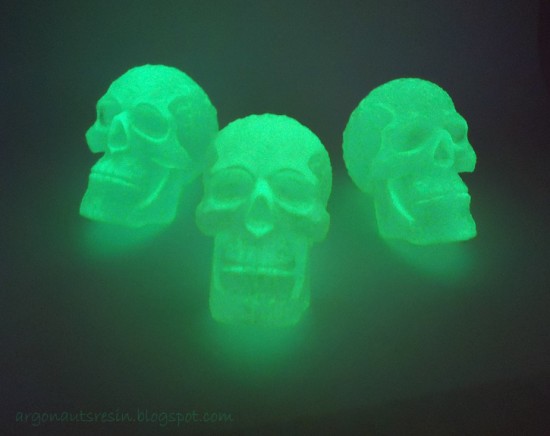