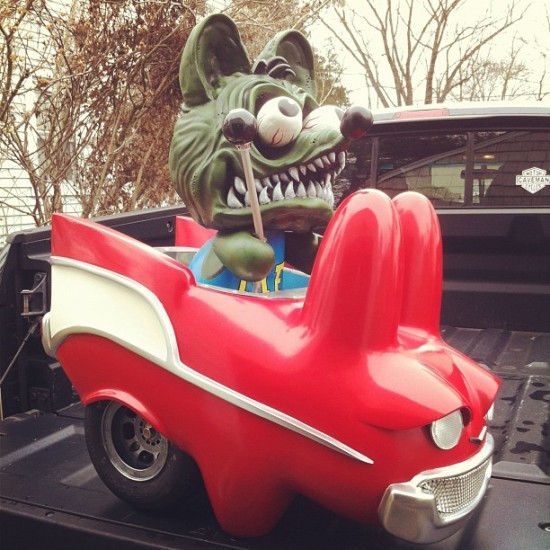 Every so often, a custom toy comes around that blows me away. This incredible Ed “Big Daddy” Roth-inspired Labbit by Den Ramos (aka @m1sterden) takes custom culture to Kustom Kulture. Den, who is based in New York, has previously customized a mini-chopper, sewn a techno kitten adventure suit (!!!) and (according to Elite Gudz) is possibly the designer of that Nicki Minaj Barbie Doll. Brother, you need a proper website! 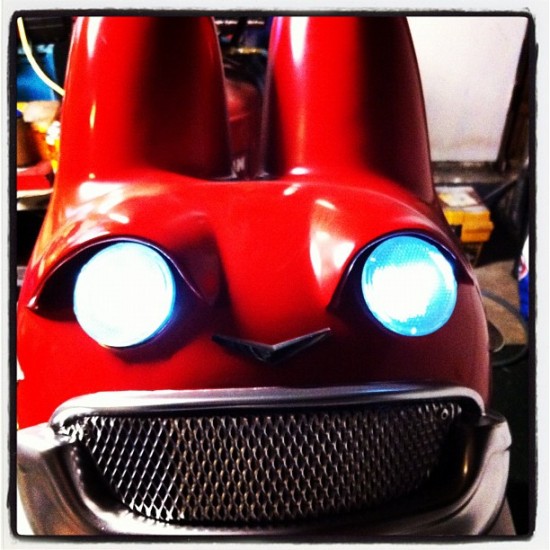 OK back to the Rat Fink Hot Rod Labbit. Not only is this piece (the concept, the paint, the sculpting) executed with the precision of an artisan, but Ramos opted for authenticity, and it shows. The Labbit hot rod has working headlights and tail lights, a chrome grill and a copper chassis. The Rat Fink itself is a customized Munny, and you know what? The presence of that ubiquitous Kidrobot DIY figure doesn’t even bother me because the whole package looks so terrific. 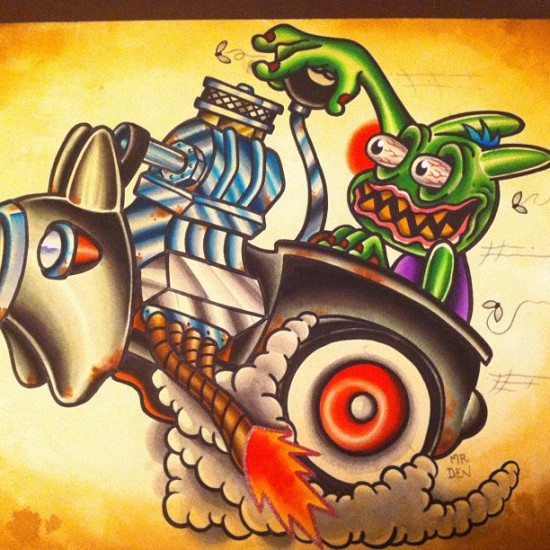 Here’s his original watercolor, same subject. The custom Rat Fink Labbit has already been claimed by a collector, but Ramos is thinking about doing some more in other colors. (By the way, he did this before Kidrobot revealed their new glossy Labbits.) With Labbit-creator, Frank Kozik, being a hot rod enthusiast, it seems like there ought to be a production version, don’t ya think? Of course, the counter-argument to that is what happened with those Kronk Labbits… 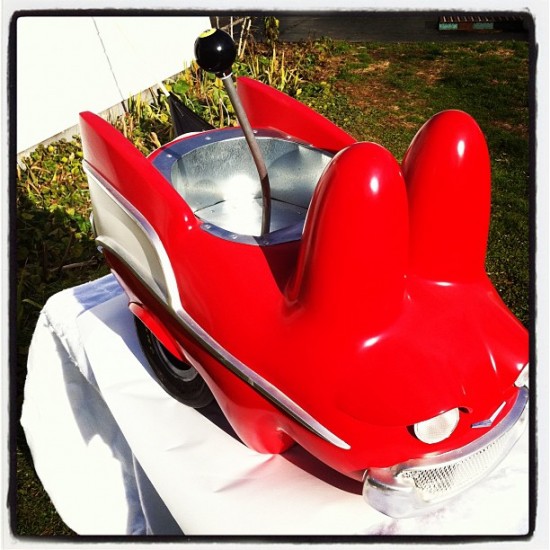 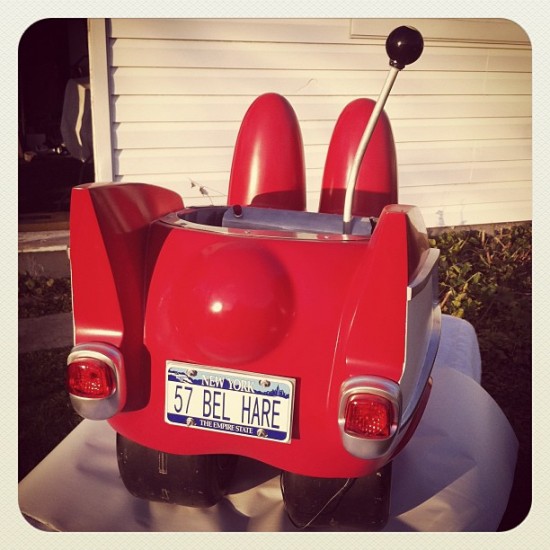 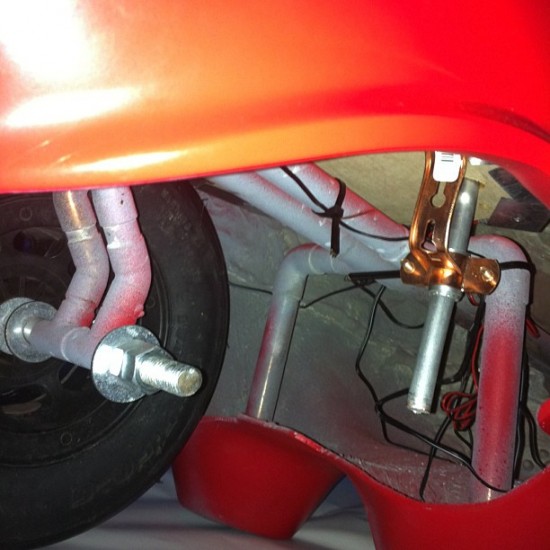