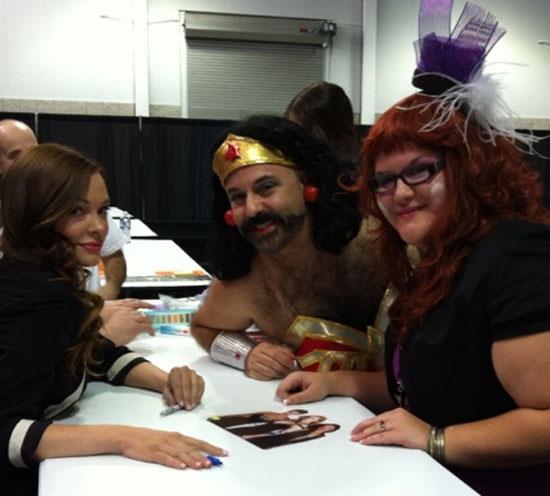 You should follow Rose McGowan on Twitter for many reasons (like the fact that the actress speaks out about gay rights and animal rights), but here’s two for my blog’s precise demographic: she seems to appreciate misfits and she signs toys. At New York Comic Con, this weekend, she had the opportunity to do both. Fans (not the superheroes above) of her character in 2007’s Quentin Tarantino-directed Death Proof presented her with a die cast model of the titular 1970 Chevy Nova, and she autographed the roof. 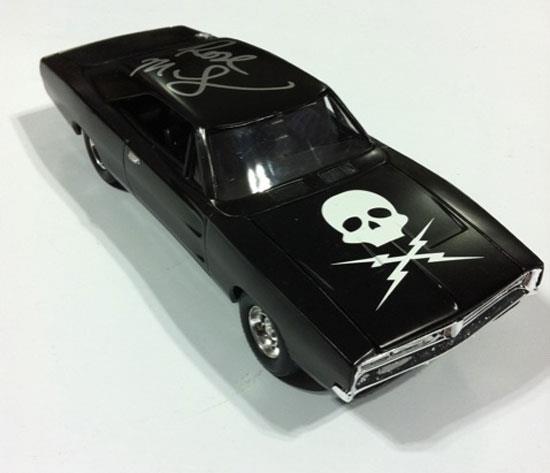 Jealous? You, too, can buy a diecast 1970 Chevy Nova and customize it. For instance, here‘s a blue one for $25.99. Not to keep playing with politics or anything, but let’s just say you’re having a tough time making your car payments right now, so you’re not really thinking about buying collectible scale model automobiles. Well, I found the free papercraft template for the Death Proof car on a Spanish blog called The Paper City. (I’m mirroring the PDF here because it always fills me with anxiety to download something from one of those filesharing sites that flash all kinds of warnings and offers and viruses at you.) Click here to safely download a PDF and fold your own 1970s Chevy Nova. 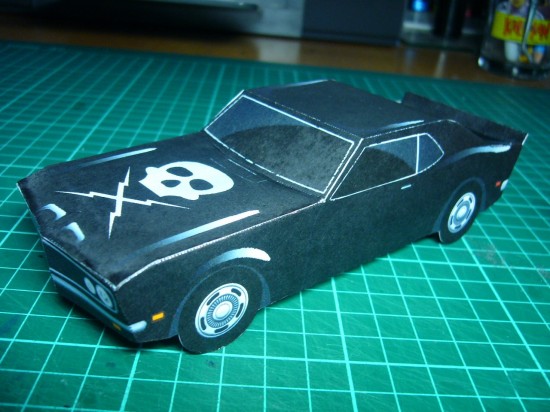 I’ve been a fan of McGowan’s since her early work in Gregg Araki films. As a suburban goth kid, it was the first time I’d seen movie characters my age(ish) wearing Ministry T-shirts while the cinema speakers echoed with Jesus & Mary Chain or Coil or Slowdive. Via the aforementioned @RoseMcGowan twitter, there was some talk of revisiting the films with commentary. Looking back now would be awesome, so I hope that happens. I’ll end with a photo I took at San Diego Comic-Con in July. I came so close to clotheslining that TV guide guy so I could ask a question of my own, but nerves got the best of me. Maybe next time! 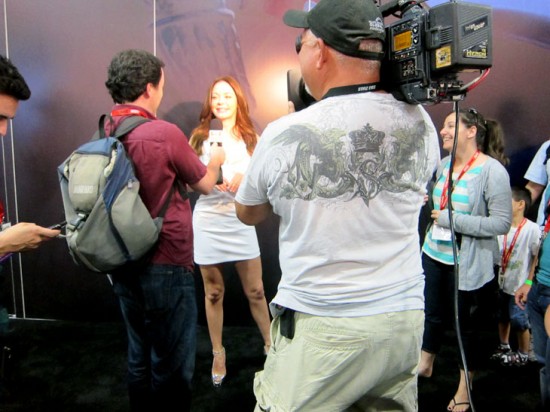