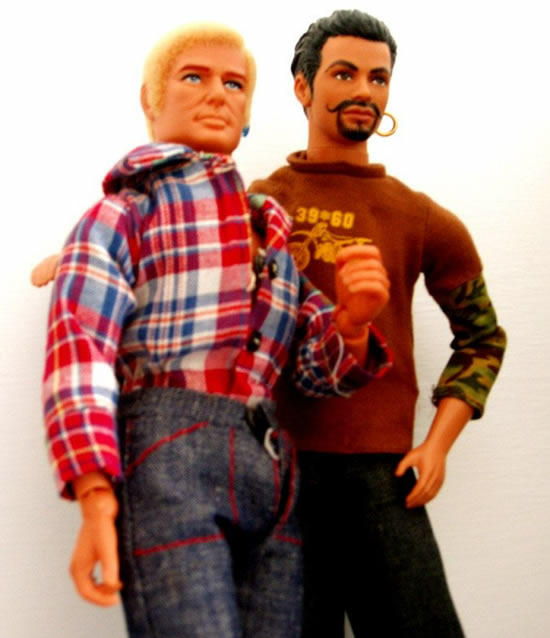 Breaking news! It appears as though Billy was NOT the first openly gay doll, as reported this morning. Twenty years earlier, 37-year old New York designer, Harvey Rosenberg, released the Gay Bob doll (above left with friend). In 1978, The Associated Press referred to Bob as “the world’s first gay doll”. At the time, Rosenberg had already sold more than 10,000 Gay Bob dolls through mail-order advertising. 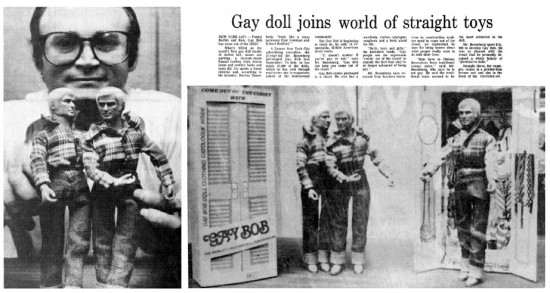 Rosenberg modeled Gay Bob on a cross between Robert Redford and Paul Newman. Like Billy, Bob was also 12-13 inches tall and anatomically correct. Bob’s packaging was a box in the shape of a closet, and he came with a catalog from where you could order additional fashionable clothing. In January of 1979, Gay Bob shared the cover of Esquire with Burt Reynolds and was given a “Dubious Achievement Award”. 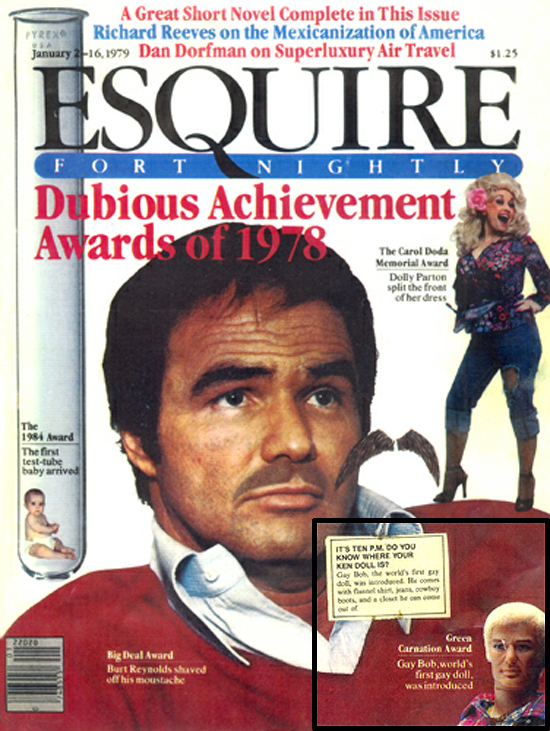 Although Mr. Rosenberg passed away in 2001, his legacy lives on. It took two decades to see another commercially produced gay doll/action figure, but now they’re coming hot and heavy! Bob and Billy even inspired a chapter in one man’s memoir. 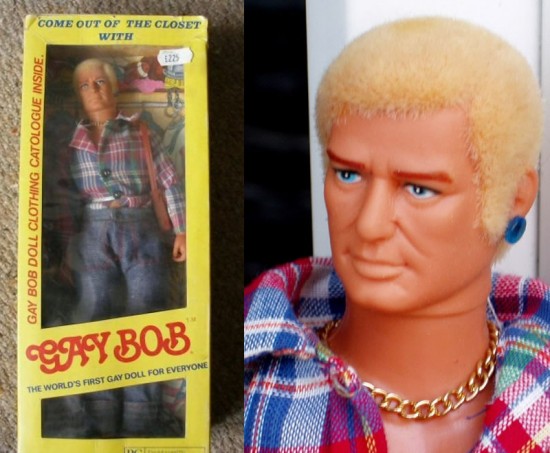 Thank you to Scott “@stretchedwiener”Wetterschneider for flagging my attention to Gay Bob! Scott writes: “Harvey was my mentor and good friend and a total madman. I wouldn’t even be making toys if it wasn’t for him. He lived/worked around the corner when I was at Pratt. I was his sole employee, drawing monkey, disciple, something like that. He’s missed terribly.”

Click through for bonus information on “How to Enjoy Gay Bob”. 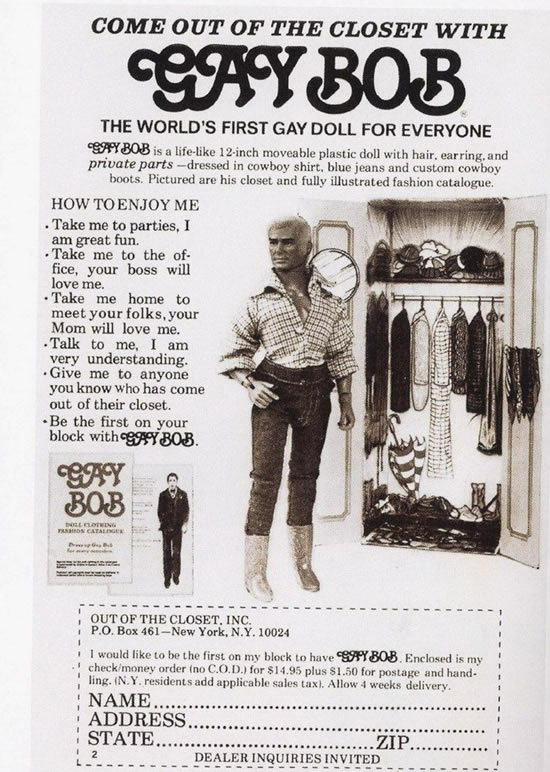