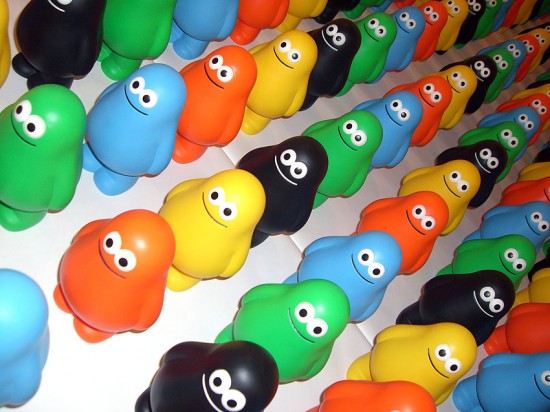 Amos Toys is one of the longest running and most respected independent brands in the niche industry of designer toys. Recently, they announced that Amos Toys had run its course and would be officially closed for business by the end of 2012. 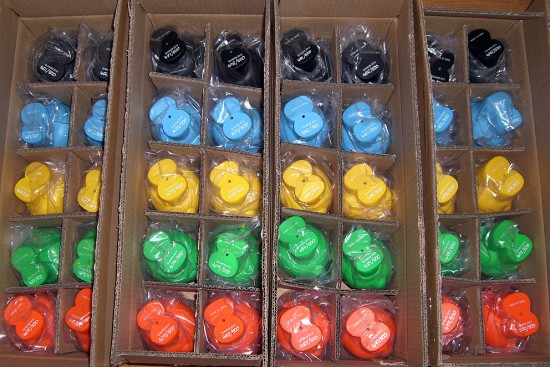 Amos decided to wind up its ten year legacy by returning to the basics. To this extent, they created the Amos Generic Character Brand and used it for a variety of collaborative and commercial projects (including Vitamin Water). The character is deliberately simplistic; its design is “intended to emphasize its generic qualities”. 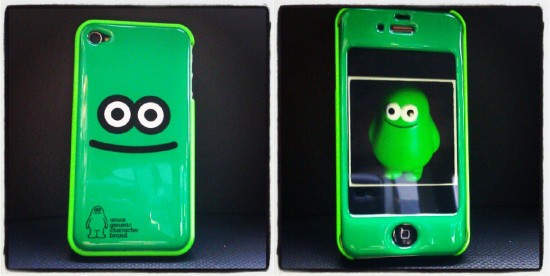 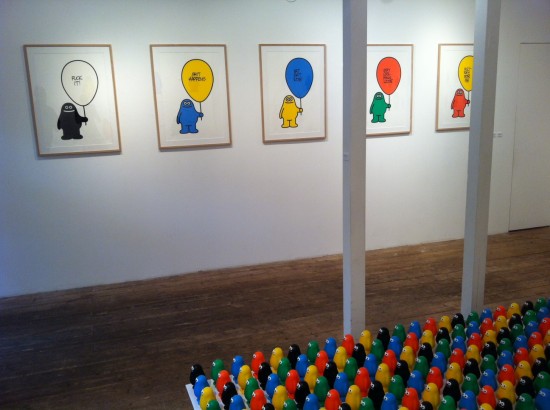 The Generic Character products will be the final products made by Amos and partners:

When we started Amos in 2002, we discussed the idea of giving it a limited life span. Now we are in 2012, we feel that the project has reached as far as we want to take it. We are proud of what we’ve achieved over the last 10 years, and we feel the Amos Generic Character Brand is a perfect way to add a full stop to what we’ve accomplished.

Amos Toys is/was made up of James Jarvis, Russell Waterman and Sofia Prantera. Jarvis had previously designed vinyl toys for Waterman and Prantera’s streetwear brand, Silas & Maria, when the trio decided to co-found Amos Novelties Limited in 2002. Silas was one of the first companies outside of Japan to produce soft vinyl figures, and Jarvis is responsible for the creation of over 100 collectible characters. 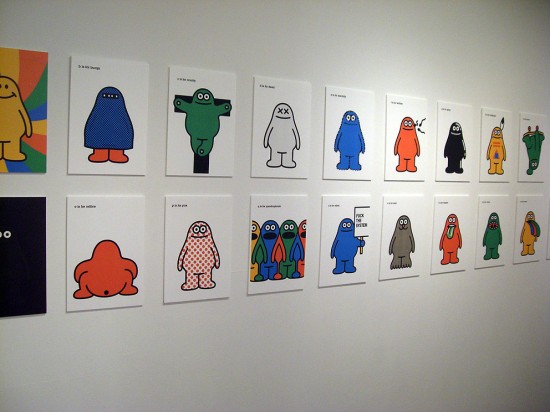 There are still items from the Amos Generic Character Brand Shop available here, including all colorways of the vinyl toys (just pull the drop-down menu) for ~ $54 USD each, plus stickers, postcards, tote bags, T-shirts and the terrific AGCB Alphabet Book. 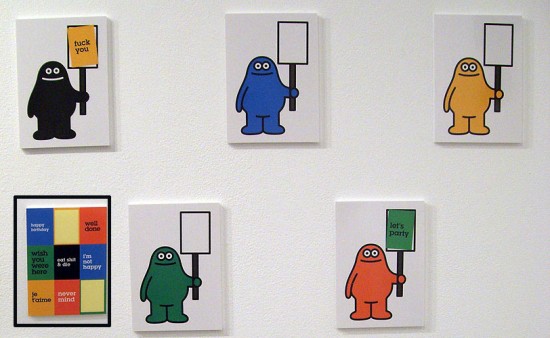 Waterman writes that he and Jarvis will likely continue working together in some capacity. It’s always bittersweet when a beloved brand reaches its end-point, but sometimes it’s better to go out on the top than to overextend your welcome.

Click through for some additional Generic and non-generic photos. Best wishes to everyone who has been involved with Amos Toys. 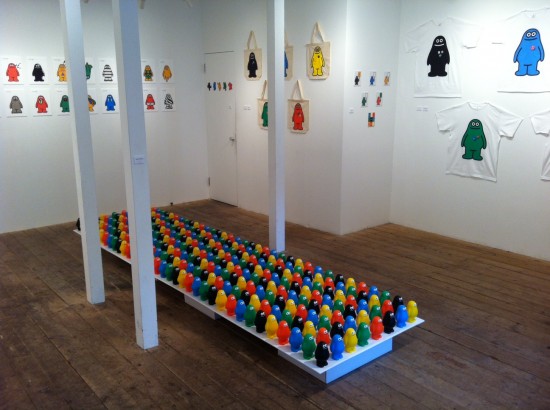 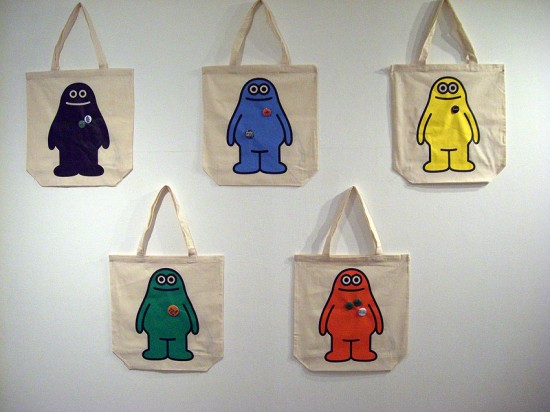 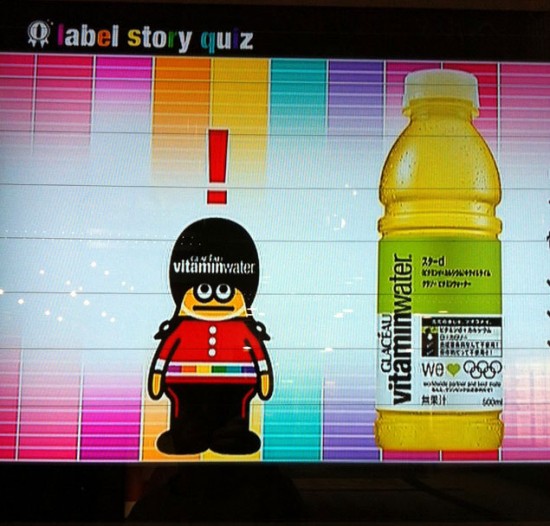 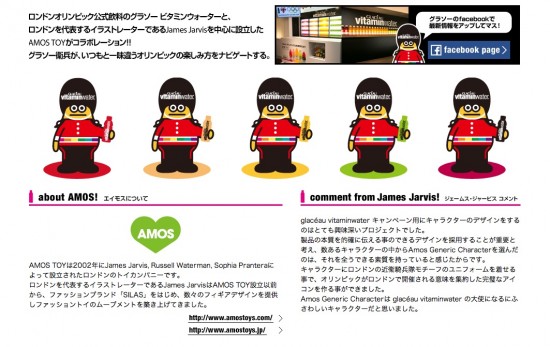 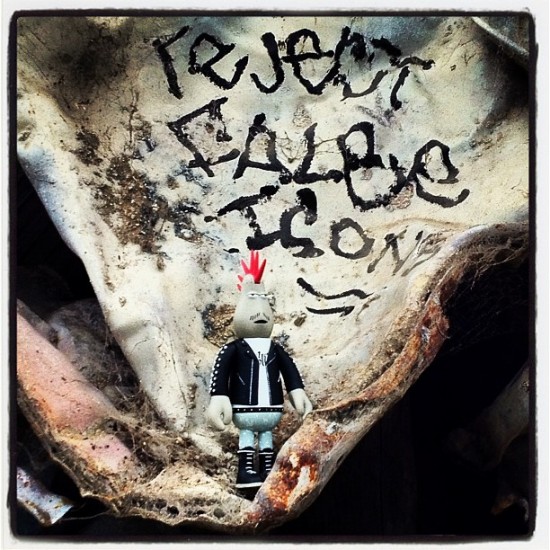 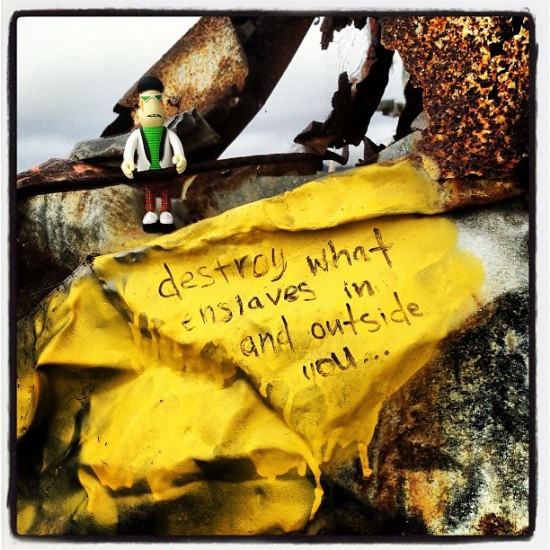