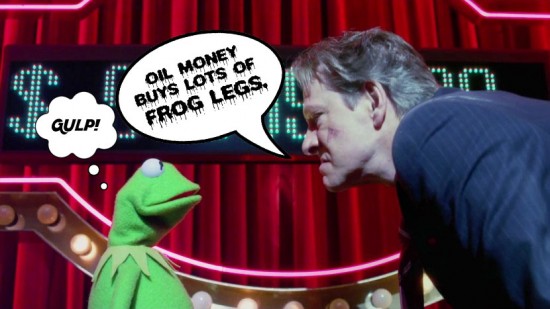 Over the weekend, I assumed that Herman Cain had won the lifetime achievement award for Most Ridiculous Context in Which to Invoke and/or Quote an Animated Character or Puppet when he closed his end-of-campaign speech with some inspiring prose from the Pokemon movie. But then I was reminded by this outstandingly moronic clip that the Fox Network has a monopoly on that category. Here they are taking the new Muppets movie to task for its portrayal of a fictional oil tycoon called “Tex Richman“. For good measure, Fox throws out a few accusations that the Muppets also “brainwash our kids with the Liberal Agenda”.

Poor Caroline Heldman, the reporter who tries to interject sanity into the mix by pointing out the flaw in Fox’s semantics with “You call it brainwashing; I call it education.” This illustrates why I can’t be a reporter on TV. I tend to laugh at stupidity of this caliber. It’s part frustration and part involuntary reflex. I applaud the journos who deal with this daily. Oh, and if you make it through to the end of the clip, the news anchor (and I use that term loosely), references Sloth from Goonies. 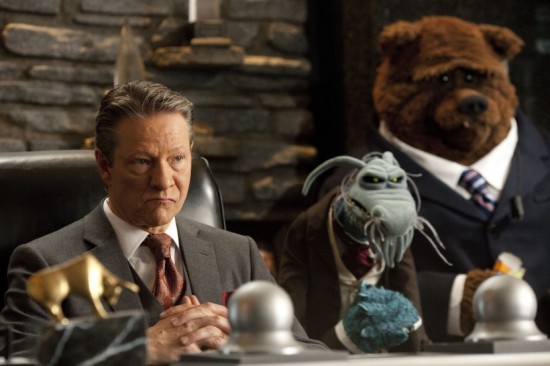