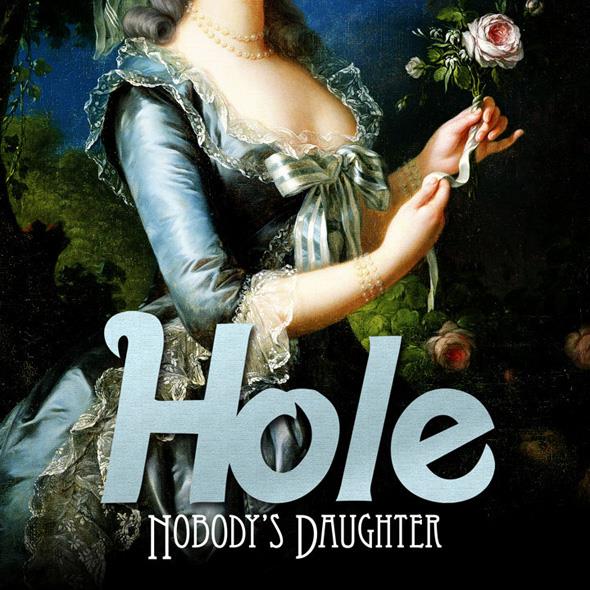 I wanted to like this album. On a positive note, it’s not godawful. But over the last 20 years since releasing Pretty On the Inside, Courtney Love has shifted her focus (very publicly) to being pretty on the outside. When you consider how much plastic surgery she’s had, from a molecular standpoint, we probably have no right to expect a new Hole album to sound anything like its early 90s predecessors. Whatever you think of Courtney Love (and all her well-documented antics), she’s not boring. That’s why it’s a shame that this album is, despite all that,  such a dud.

For a woman who knows a thing or two about getting a party started, the titular opening track to Nobody’s Daughter is a major misfire. I initially figured there must be a Carly Simon cameo vocal. Nope, that’s just how Courtney sings these days. It doesn’t get better. “Skinny Little Bitch” is no “Retard Girl,” if you know what I mean. It sounds like an L7 tune circa 1992’s Bricks Are Heavy. Also: is this song autobiographical?

When I heard the first two notes of “Honey,” I thought: Please God, let the first line be “When I went to school…in Olympia,” but alas it’s more like ringing out a garbled ballad as Courtney quickly swallows a Luden. Fact:  you can’t subtract Eric Erlandson and Melissa Auf Der Maur and add Billy Corgan and Linda Perry and still have Hole. The closest thing to a Live Through This type track is “Samantha” with its sweary contagious chorus of “People like you/fuck people like me/in order to avoid agony”. 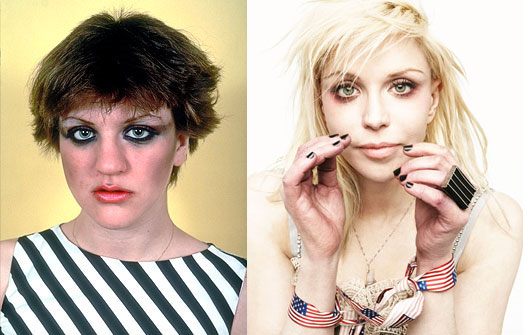 While Courtney’s face has evolved, her music hasn’t. As a result, Nobody’s Daughter sounds dated upon its first listen. People are going to fault Courtney Love for lacking growth (guilty) and simultaneously failing to replicate the sound that made us fans in the first place (guilty). It seems doubly difficult for the female refugees of the grunge era to remain relevant. (After all, riot grrrls eventually become riot women.) Maybe Courtney ought to take a cue from her one-time rival Kathleen Hanna, who traded her Bikini Kill angst for a keytar and is still an indie darling as Le Tigre. Although, only one of the  (sorta) shiksas remains a media darling just for being herself.

Sure, I could dismiss Nobody’s Daughter as I nearly did yesterday on Twitter, but there’s no fun in trashing an album by Courtney Love. She’s the underdog, and I’ve always rooted for her. And you know what? I’ll continue. I’ll probably just be listening to this instead.