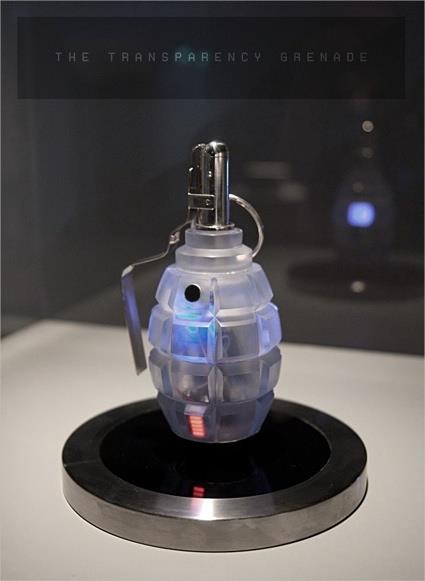 The Transparency Grenade is a device capable of collecting and wirelessly transmitting information from within potentially closed quarters. It was created last month by Julian Oliver for the Studio Weise7 In/Compatible Laboratorium exhibition in Berlin. The techno-art show, curated by Kristoffer Gansing, brings together work that “frames a volatile interrogation of our increased dependence on machines, computer networks, databases and digital automation”. 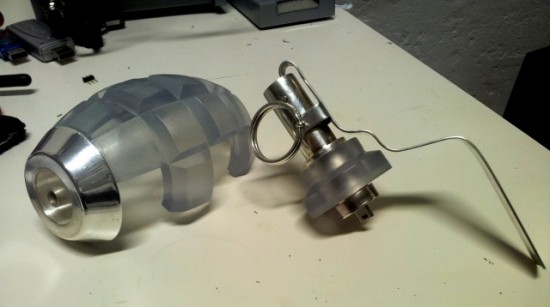 Lack of transparency in government and corporations has been a topic of much controversy in recent years, with high profile cases in the news almost constantly. Yet, Oliver points out, “Our only tool for encouraging greater openness is the slow, tedious process of policy reform.” He designed The Transparency Grenade as an “iconic cure for these frustrations, making the process of leaking information from closed meetings as easy as pulling a pin.”

Equipped with a tiny computer, microphone and powerful wireless antenna, the Transparency Grenade captures network traffic and audio at the site and securely and anonymously streams it to a dedicated server where it is mined for information. Email fragments, HTML pages, images and voice extracted from this data are then presented on an online, public map, shown at the location of the detonation. 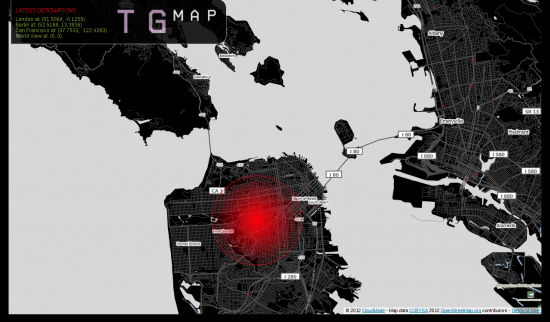 The Transparency Grenade takes the form of a Soviet F1 Hand Grenade, which makes it aesthetically more pleasing than its predecessor, the very interesting, yet beige, Newstweek, hot-spot news-scrambling device.

In an interview with We Make Money Not Art, Oliver explains more:

This anxiety, this ‘network insecurity’, impacts not just upon the freedom of speech but the felt instinct to speak at all. All of a sudden letting public know what’s going on inside a publicly funded organisation is somehow ‘wrong’. I believe quality journalism has never been so important as it is today yet at the same it’s never been so threatened. With the Transparency Grenade I wanted to capture these important tensions in an iconic, hand-held package.

Oliver is smart to say little about where he’d love to plant the Grenade, but he does mention how the agriculture industry, in particular, could use a great deal more transparency. “We are what we eat,” is the saying. We ought to know what we’re eating, right? 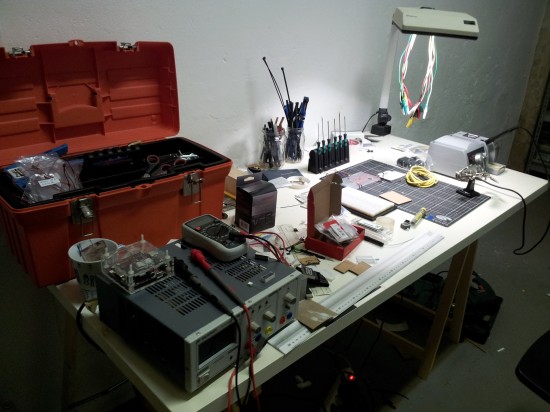 Read the rest of the interview with Julian Oliver here. If you know some things about fabrication and programming, DIY your own device here.