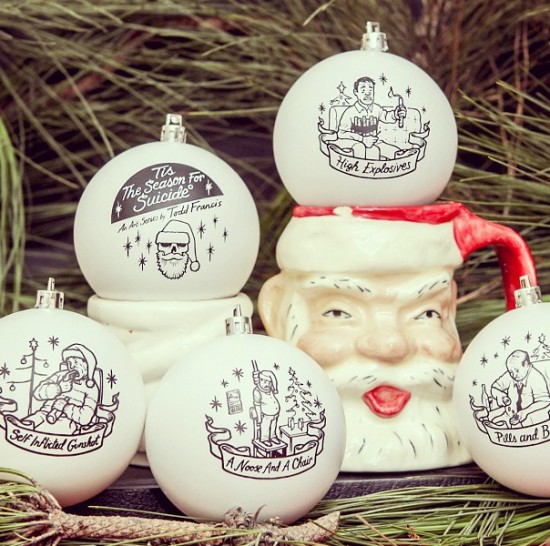 For those wishing to celebrate a Christmas that’s more macabre than it is merry, consider these cheerful ornaments by LA artist and skate graphics designer, Todd Francis. Equal Distribution is offering the Todd Francis Christmas ornaments in a set entitled: “Tis The Season for Suicide.” 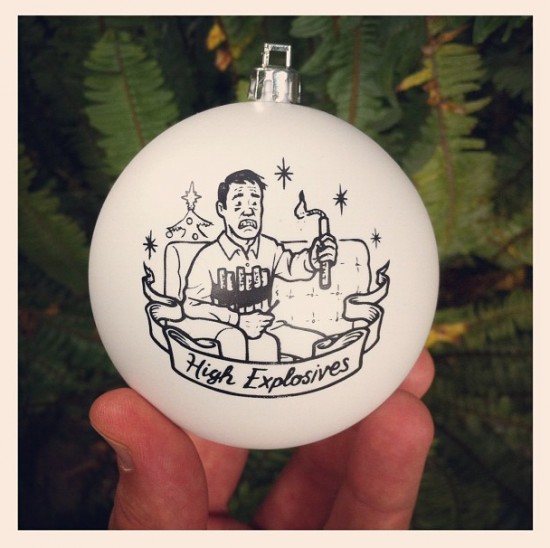 Let’s face it: yesterday’s testicular cancer awareness ornaments had a little too much levity. Writes Francis:

Well the holidays are here, which means its time for suicide rates to spike!  And nothing rings in the holidays quite like a just-released set of four ornaments titled “Tis The Season For Suicide,” showing four timeless ways of ending the holiday pain forever. Printed on shatterproof, white acrylic, this set of four are sure to be a hit with kids and grandparents alike, as well as with anyone whose jaws tighten when they hear Christmas carols. Show up with these to the holiday party and watch the delight and horror!

Who among us doesn’t like to mix delight and horror? 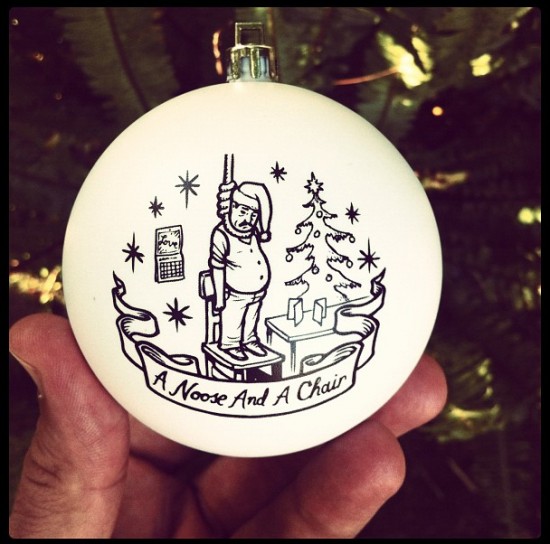 The box of 4 shatterproof Todd Francis Christmas ornaments includes the classic themes: “High Explosives,” “Self-Inflicted Gunshot,” “Pills And Booze” and “A Noose and a Chair.” 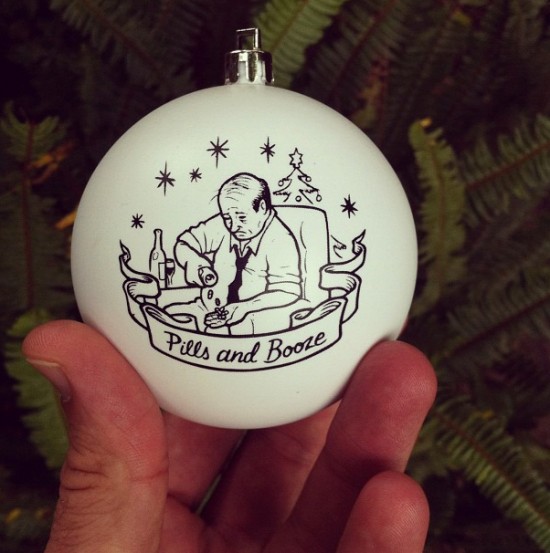 As a daytime copywriter, game recognizes game. Here’s a gem from Francis via Instagram:

The last in the series, here’s Self Inflicted Gunshot, the fourth and final Tis The Season For Suicide ornament. Looking for an office gift exchange item that’ll shoot you to the top of the corporate ladder? Look no further. Know some goths who want the saddest tree on the block? Boom. 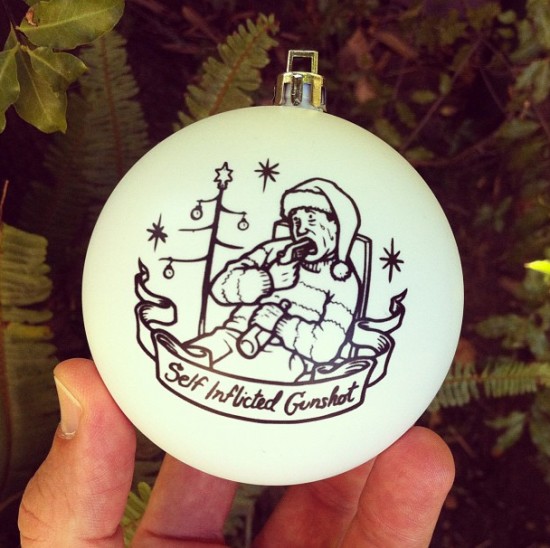