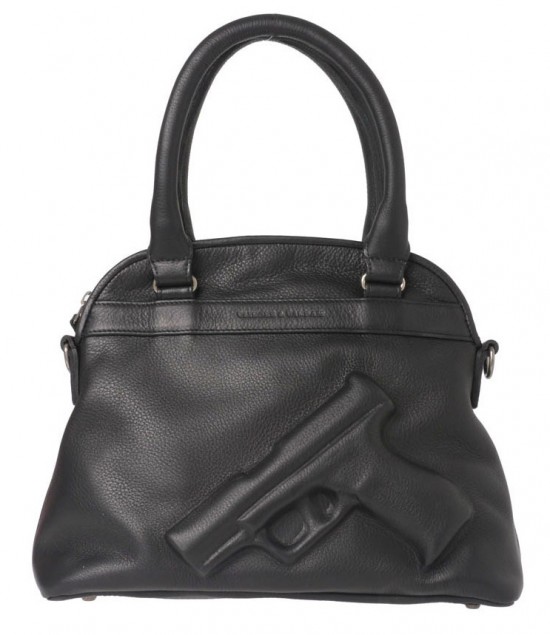 If you’re gun-shy, but not fun-shy, look no further than the Guardian Angel collection from Netherlands-based duo, Vlieger & Vandam. Since 2002, Carolien Vlieger and Hein Vandam have been embossing guns and knives into leather and wool felt handbags, briefcases and all manner of carry-alls. 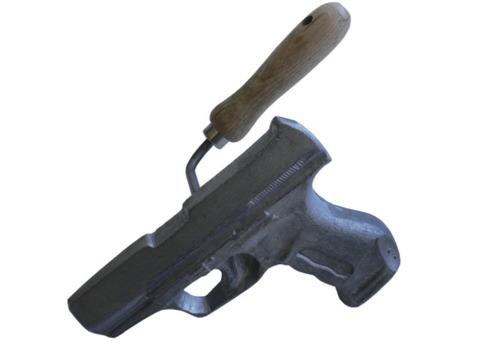 Vlieger & Vandam use a metal gun embosser and an old hat-making press to give their bags the signature look. Vlieger explains the concept came about when they moved to Rotterdam in 2002 and noticed the local media was preoccupied with street violence, particularly portraying the city’s immigrant communities as villains: “The bags were more a reaction to the media angle than to anything we experienced ourselves. We thought it was kind of over-reacted, a way to make people feel unsafe… ”

You knew this was coming, right? While many celebrities clutch the Vlieger & Vandam clutches, pop singer, Rihanna has become the unofficial posterwoman for the gun-themed bags. I wonder why she would want to carry a bag designed to make other people “feel unsafe”? 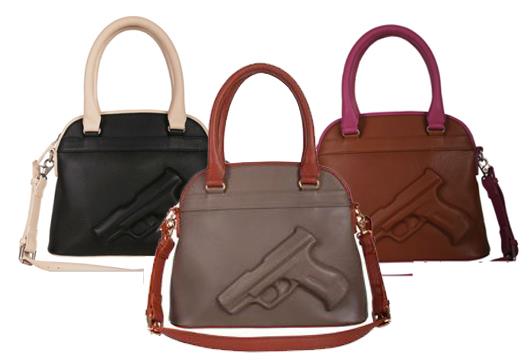 In 2005, The Museum of Modern Art added The Guardian Angel bag to its permanent collection. Vlieger & Vandam 2012 Guardian Angel collection is now available online. Bags start at $350 USD, and there really is a picture of Rihanna on their website. 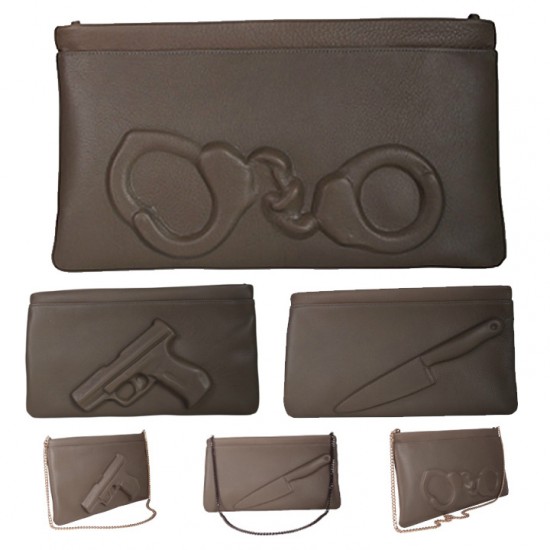 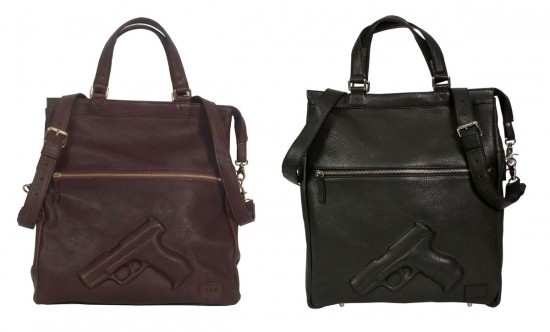 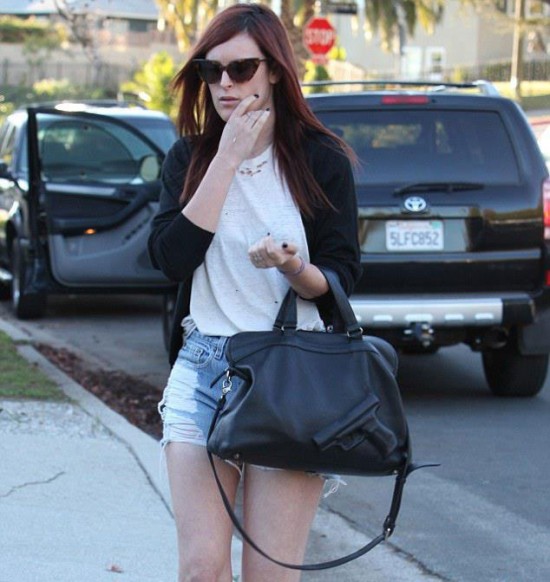