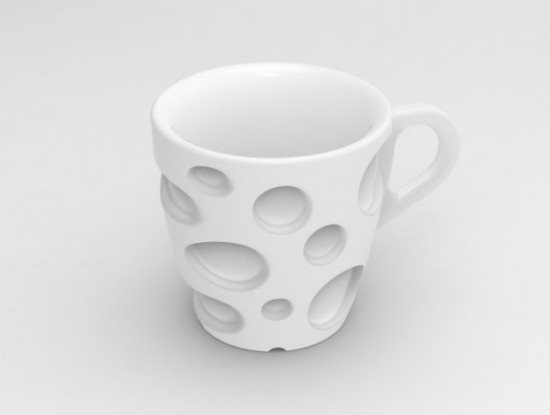 For the duration of June, Barcelona-based design agency, Cunicode, embarked on this ingenious little One Coffee Cup a Day project. As the title implies, they designed a new coffee cup every day. LOVE it. Specifically, I like how they’ve taken an everyday object and tweaked it so, while (in most cases) it retains its functionality, it also makes an amusing artistic or conceptual statement. There are so many gems in the 30 designs; it was hard to pick 12 favorites. 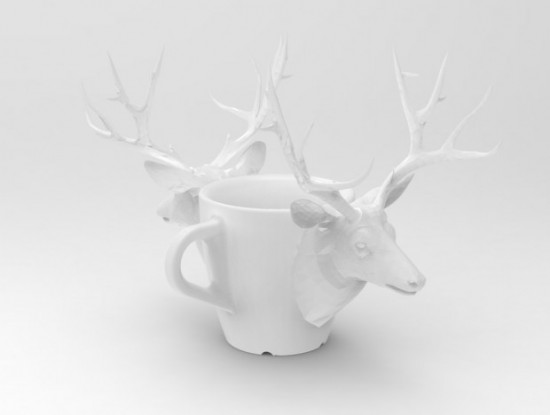 The Hunting Trophy Cup stands out as a weapon for impaling your face, which one might read as a reminder of how Bambi feels upon impact with a bullet. Helveticup is perfect for writers and typography designers, both of whom pray at the almighty temple of The Word (and consume buckets of coffee while doing so). I was stoked to see that the Spouted Cup was engineered hollow through the spout, so while it might not make the best coffee mug, it’s a great and novel watering can for botanical baristas. The Espresso Shot Cup is the opposite of a Weeble Wobble: it doesn’t stand up, which is perfect since espresso is made to drink, not sit around. Finally, how about the Low Resolution Cup? Can’t you imagine this as a Tim Biskup painting, or better yet, if this coffee cup was customized by Biskup? (If you’re taken by the latter idea, stay tuned for an upcoming announcement…) 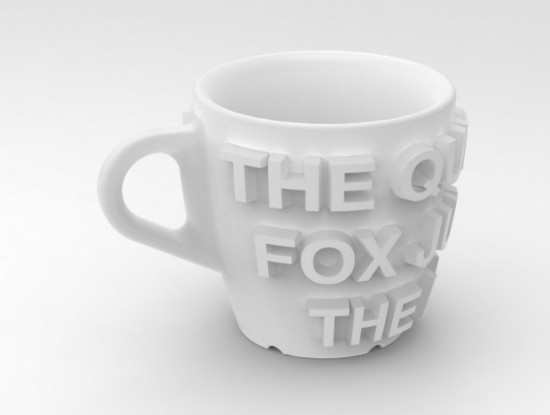 The clever coffee cups range from in the $20s to in the $40s and are produced by Netherlands 3D printing company, Shapeways. Each cup is made of food-safe ceramic, which is machined on demand. All 30 Cunicode cups are now available here. Too bad they don’t offer a bulk discount for the complete set! 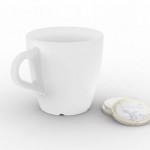 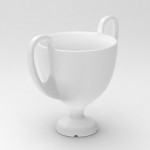 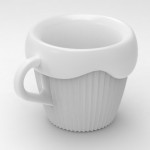 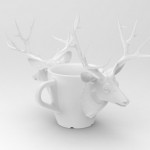 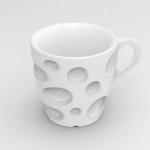 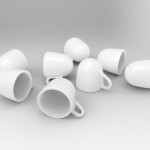 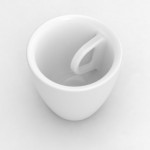 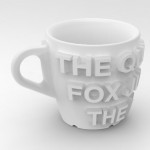 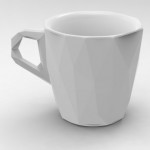 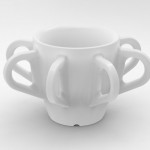 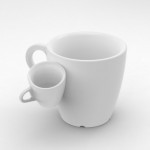 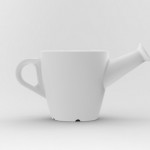