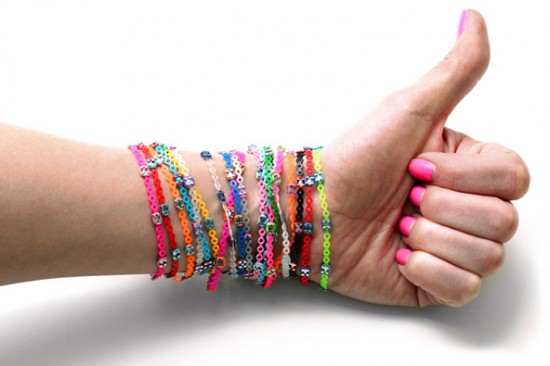 This is one of those times where the lines between good idea, awful idea and irony are almost too blurry to decipher. I’ll just let the creators of BRACED-LETS tell it to you:

BRACED-LETS are fun, durable and wearable bracelets for all ages, crafted entirely out of real orthodontic materials. Colorful, stretchy power chains are accented with metal brackets and contrasting elastic rubber bands and are designed to be mixed and matched, creating countless individual fashion statements. Collect, trade and share – hop on the power chain and BRACE YOURSELF!

When you read it like that, it does kind of make the memories of many years of headaches and facial pain from wearing braces fade away and get replaced by a contrasting rainbow of elastic pleasure! I want to hop on the power chain! 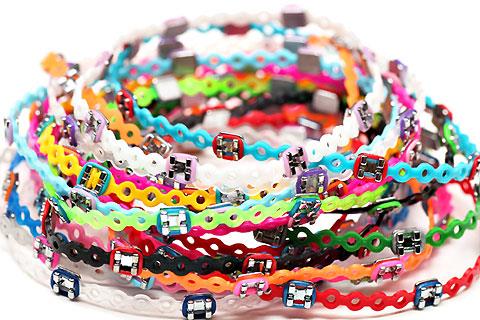 BRACED-LETS is the brainchild of Drs. Marc Lemchen and Jennifer Salzer, top New York City orthodontists, who enlisted the creative talent of Lulu Frost jewelry designer (and Jen’s sister) Lisa Salzer. This is all over the Internets right now, and most people are reacting favorably.

Keep the smile theme going with cool retainer cases to keep your braced-lets in! Also great for giving gifts- a bunch of braced-lets in a colorful case will make anyone’s day.

Get your BRACED-LETS right here.