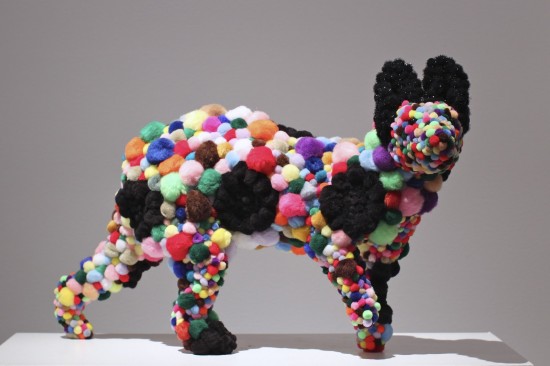 Speaking of “crafty,” check this out: Troy Emery is an Australian artist who creates colorful animal sculptures by covering taxidermy foam with pom-poms. Pom-poms as a medium for art began as a lark and an inquiry when Emery asked himself: “What are pom-poms for? Do they have a purpose?” They do now! Head’s up Tori Spelling/Craft Wars! 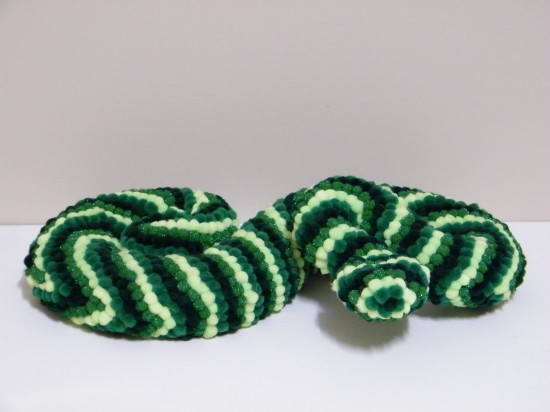 Emery is interested in the tension between how animals are simultaneously seen as both living creatures and decorative objects: “Pets decorate living spaces, furs decorate the body, animal patterns decorate furniture, taxidermy decorates the museum diorama, and hunting trophies decorate the hunter…The luscious pom-pom pelt is a camp interpretation of the way skins and furs are cherished and fetishised.” 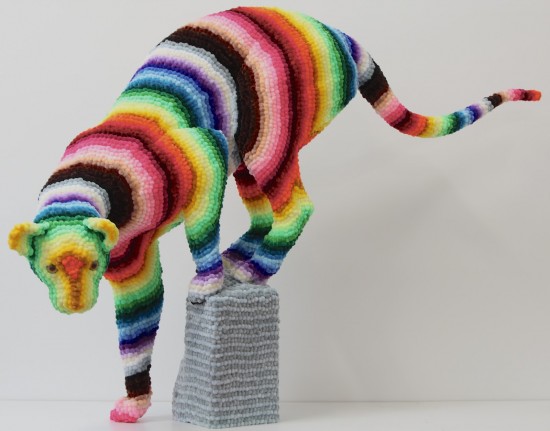 Speaking of that luscious pom-pom pelt, it’s not just the texture, but also those colors. Says Emery: “There’s something almost awful about color. There’s an unsettling affect that intense color has, and I think that really matches well with the sinister qualities of a dead animal.” Emery refers to his sculptures as “fake taxidermy” because they mimic the process of taxidermy without actually producing a real result. His sculptures are impossible combinations of form, color, and materials which can only exist as mythological creatures. 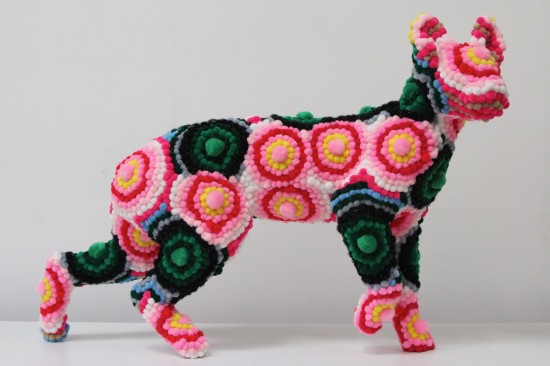 The artist finds taxidermy intriguing “because it’s death masquerading as life”. As he puts it: “In my work there’s an awkwardness and an idea that something has gone wrong.” In the case of Troy Emery’s fake taxidermy, it’s something so wrong that’s SO RIGHT. But what do his parents think? Quoth Emery: “My mum feigns interest on the phone whenever I talk to her.” Nice!

Now, why does this artwork fill me with joy as compared to these Bejeweled Taxidermy Animals? It could be all the great colors and the general piñata party vibe I get from looking at Emery’s sculptures, but it’s probably because he seems like a fun dude with whom to go out shopping for craft supplies. Click through for a video that will make you agree.