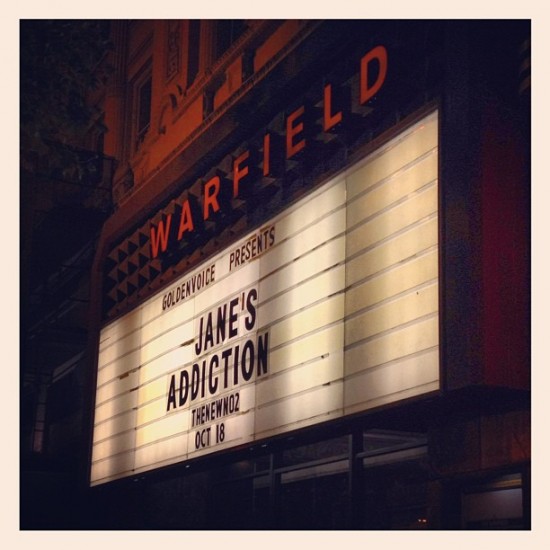 Jane’s Addiction played an amazing set at The Warfield in San Francisco last night. Jane’s is one of those bands I don’t listen to all the time anymore, but yesterday’s show reminded me why I once did. Thinking about the past gave rise to the astounding realization that the first Lollapalooza tour took place 21 years ago. Has it really been that long? 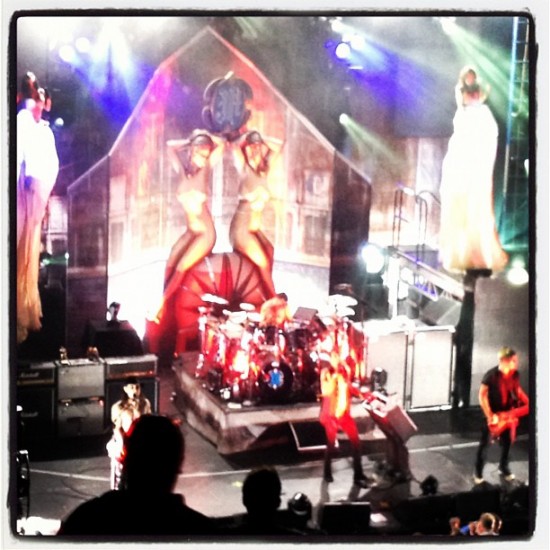 Two-thirds of the original Jane’s Addiction lineup took the stage a little after 8:30PM and put on an actual, theatrical, stage show. (There were scantily-clad girls on swings and set changes and sadobabies. More on them in a bit.) Perry Farrell, Stephen Perkins and Dave Navarro looked, played and sounded great–astonishing really when you take into consideration serious drug use, the passing of time and bad reality TV shows. 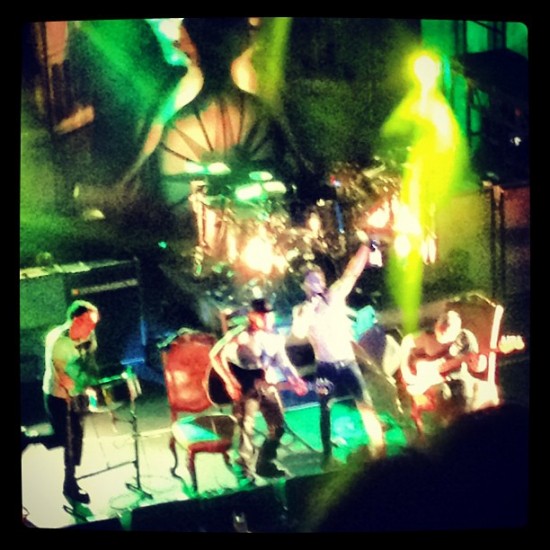 Farrell was personable and funny in his stage banter. He told an old story about trying to buy crack outside of San Francisco’s Phoenix Hotel (where I recently nearly stepped on Courtney Love who was passed out on the floor), and coined the expression “guitarjacked” as in: “We got guitarjacked up in San Francisco.” (You can hear it midway through this clip.)

About that sadobaby: Sadobabies is a short documentary by Nancy Kalow. Between 1986 and 1988, Kalow filmed a group of homeless teenagers in San Francisco.

The documentary also shows the “sadobaby” dolls crafted by the teens. The runaways’ abuse of their lookalike dolls mirrors the way they were treated by their parents.

If you want a sadobaby touched by Perry Farrell, get to the merch stand early. One or two sadobabies will be made available at each Jane’s Addiction tour stop. (I found this doll during the intermission after the opening band.) The sadobaby collectibles are autographed by Farrell and sold for $200 each. 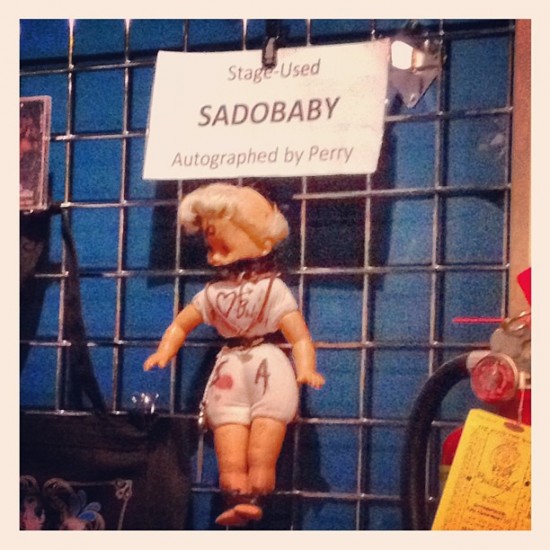 Click through for more Jane’s Addiction, more music, more sadobabies and the first appearance of a really cool cat. 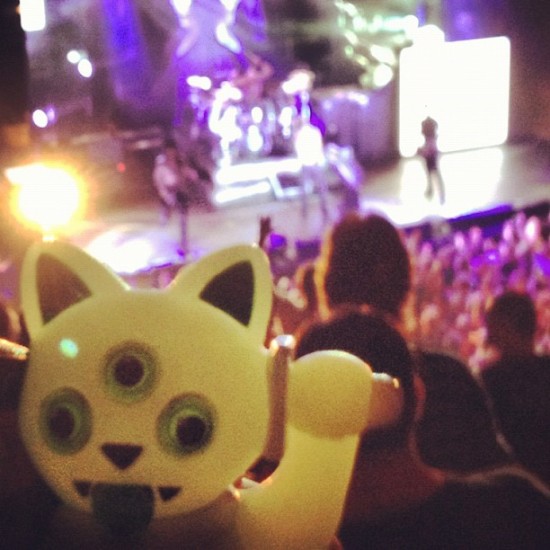