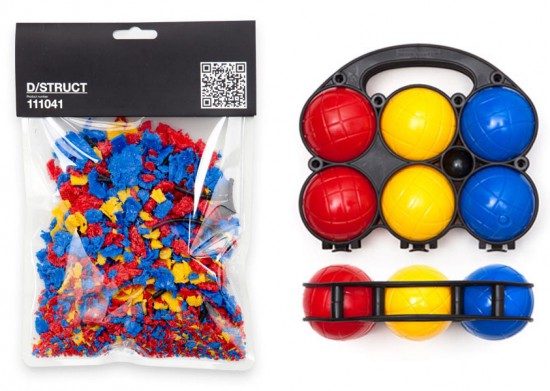 The increasingly “cloud-based” nature of collecting is a trend I’ve been following, and I’m not alone. Netherlands-based designer Lucas Maassen and Raw Color question the meaning of “ownership” in the virtual world with their project D/struct.

Music and movies are detached from their physical carriers and can be borrowed or bought from shops and digital libraries. This restructuring is now beginning to manifest in the world of physical product. The technology of 3D scanning and 3D printing causes a decoupling of the shape of the product and the material from which it is made.

D/stuct takes the freedom from form we’ve granted to music and movies and extends it to downloading objects. 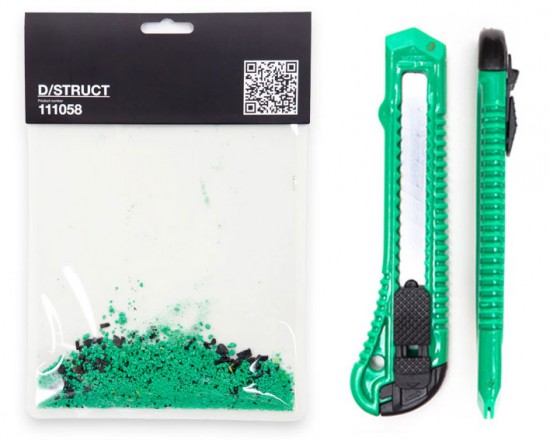 For D/struct, they collected 60 plastic objects and through 3D scanning and printing techniques, they “exhaustively detached the objects’ designs from the materials they were made of.” 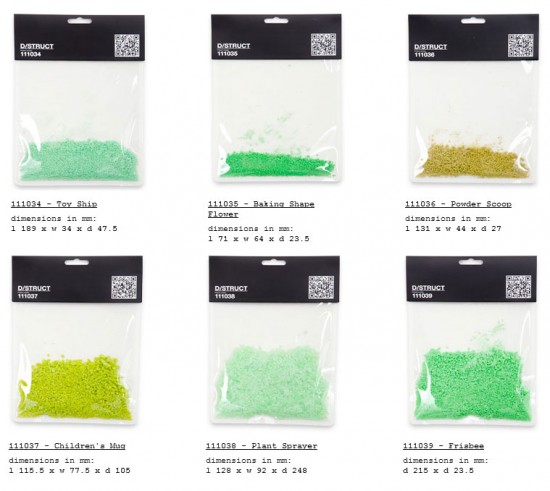 The result of this research is a new “product” containing the “pulverized matter” of the original product. Maassen and Raw Color sell the “intriguing little bags” through www.d-struct.nl. For varying denominations, the buyer/collector receives a bag of colorful material, plus a complete 3D-scan of the chosen object. The idea is to encourage collectors to trace the route back to the original and perhaps “mash up” their own reconstructed versions and variations. 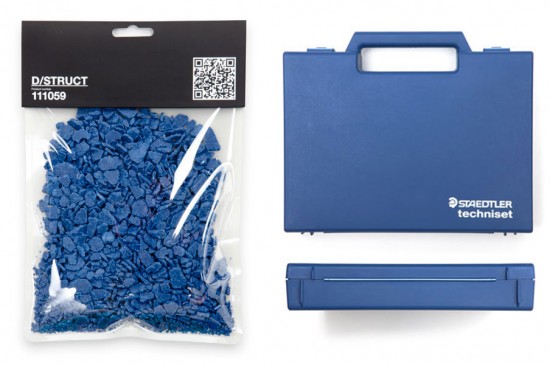 For instance, if you’d like to buy ‘Ray Ban sunglasses‘ to the tune of €136.50, you won’t actually get a pair of wearable sunglasses. You’ll get the remains of Ray Ban sunglasses, neatly collected in a bag. The bits are bagged with a digital code that allows the owner to download a 3D-scan of the original object in several perspectives in high resolution. Quoth the designers: “We’re not even discussing copyright issues anymore. You couldn’t distinguish the real Ray Ban from yours anyway.”

Basically, this is next level art for people interested in the future of copyright and who picked up Physibles as if it were phonics. Many common objects smashed to bits look surprisingly more attractive in meta form. Some are still available here. 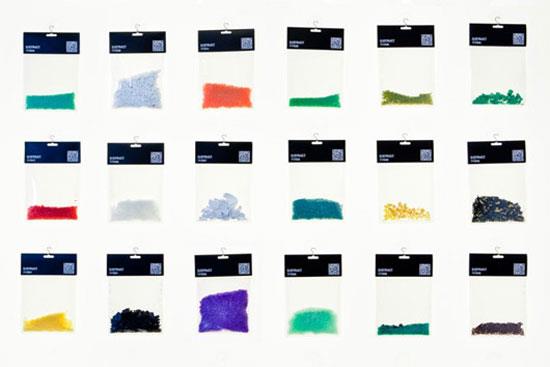 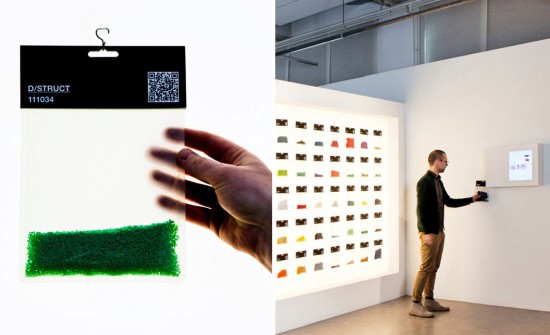 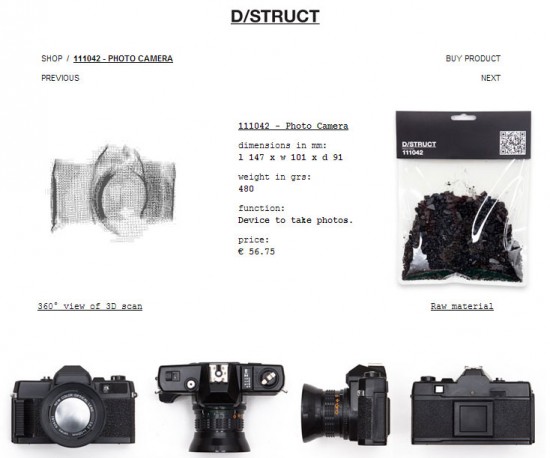 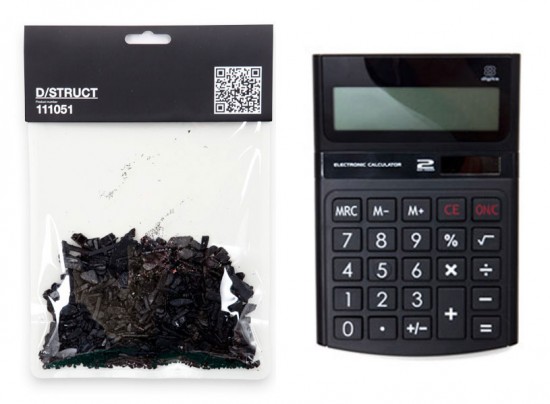 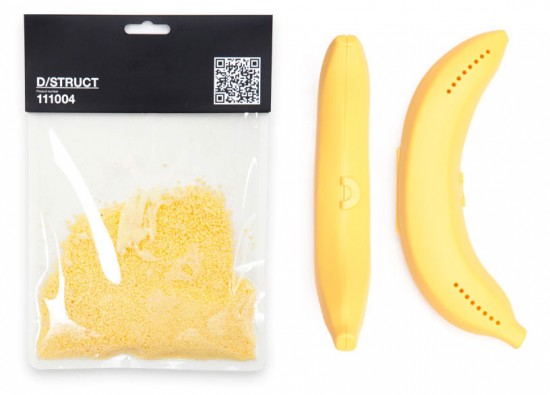 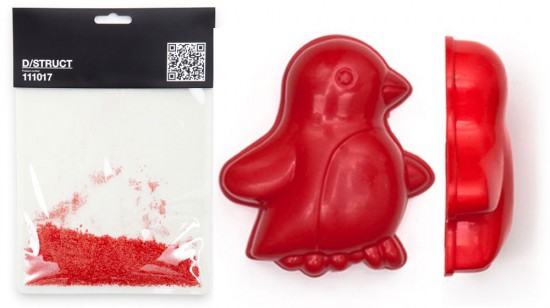 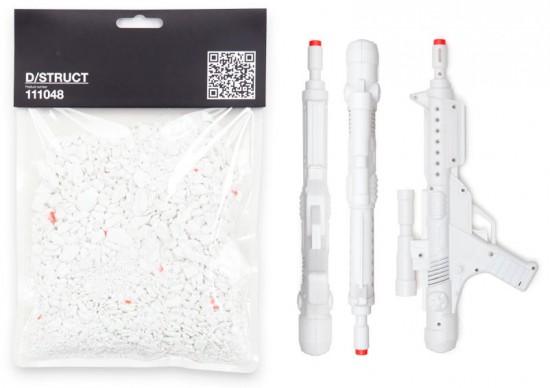 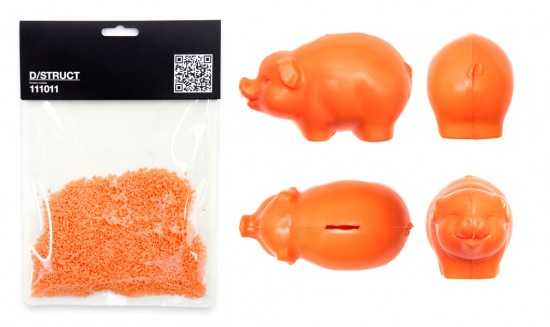 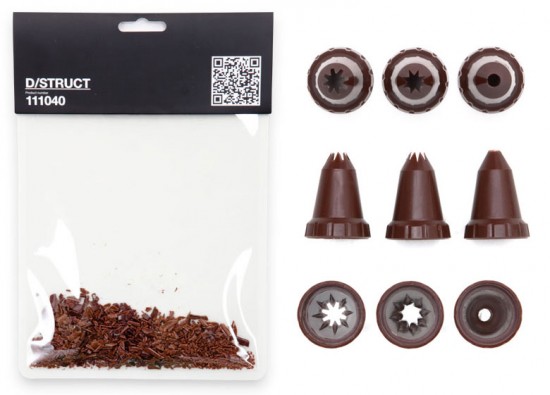